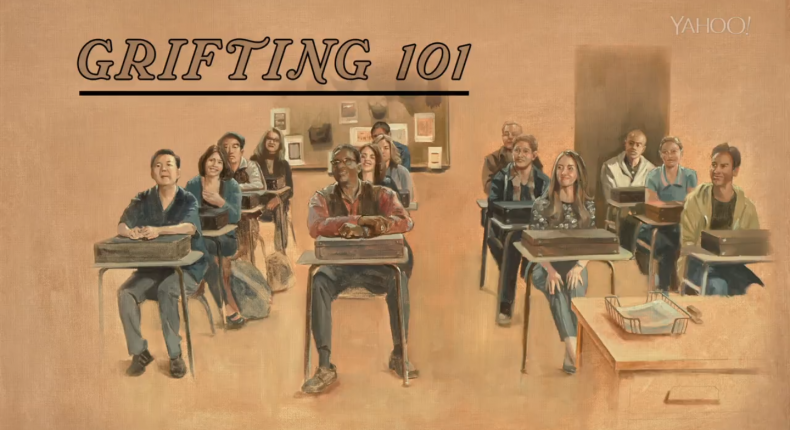 What had started off as a promising concept quickly became a victim of its slow pacing. Setups for potential great payoffs never went anywhere, exit strategies became predictable, and a superb guest star felt wasted in what turned out to just be an okay entry for the show.

From the get go of the episode the show finally did something they had been getting away from the whole season; the fact that most of the group are still students at the school. I was ready to see the gang back in a classroom setting and by having “Grifting 101″ be their class of choice, I was looking forward to seeing how they would tie such an unusual subject with the Community brand of humor. And from the gate things looked promising. We were treated with a great guest star in the form of Professor DeSalvo (played by The IT Crowd’s Matt Berry”) who fit the role of grifting professor perfectly. From the onset I was ready for the gags of the briefcase swapping to lead into some very elaborate end reveal sequence. And although we were treated to a version of that in parade form, it didn’t hit as nicely as the gag was setting itself up for with how much that bit was played on with Annie and Abed. 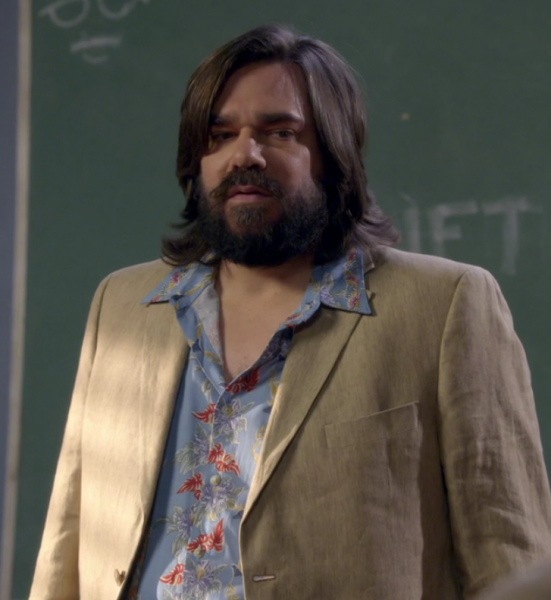 Jeff’s insecurity has been the subject of many episodes this season. This week was no different as he felt threatened by Professor DeSalvo. They have found ways to be different in his approach to dealing with his problem but by this point in the season it feels tired and rehashed. In episodes past he had made significant realizations and strides to coping with this problem but those seem to have been forgotten about for this episode. In certain cases it can be acceptable to forget certain plot lines like that in the interest of humor but with it being revisited so much it needs to blend or lead into some bigger payoff before it gets stale.

Nice work on The Sting references and the remix of the intro song. While I did have a lot of complaints about the episode the one liners were strong again this week and were largely the funniest parts of the episodes.

“You don’t have to go teach a class, but you can’t stay here.”

Not to mention all the uses of the word grift. Something about the overuse of that word is very funny.

“Let’s grift this son of a bitch”

While the episode had its share of funny gags and dialogue, it couldn’t get past its shortcomings to be a standout Community entry.

- Gang back in the classroom
- Professor DeSalvo was a bright spot

7.0
Total Score
8.5
User Score
You have rated this
Community
About the Author
Anthony Mendoza