Movies
0
previous article
Ant-Man TV Spot and Posters Reference the Avengers in a Big Way
next article
Ep24- If You Like Windows 8, You're A Bad Person [Nameless Geek Podcast]

Did You Catch This Studio Ghibli Easter Egg in Avengers: Age of Ultron?

Tony Stark has built a ton of robots over the years, but apparently at some point between the House Party Protocol and Ultron, he found the time to infringe on some copyrights.

A few eagle-eyed fans noticed that there’s a strange “thank you” credit for Studio Ghibli (the Japanese animation studio responsible for films like Spirited Away and Princess Mononoke) in the credits of Avengers: Age of Ultron. Ghibli definitely didn’t do any work on the film itself, so why is that there?

In advance of Age of Ultron’s Japanese release, director Joss Whedon revealed why. It’s this:

If you’re a fan of Castle in the Sky, Studio Ghibli’s first feature film, that might look familiar to you. If not, it’s the arm of the robot from that movie: 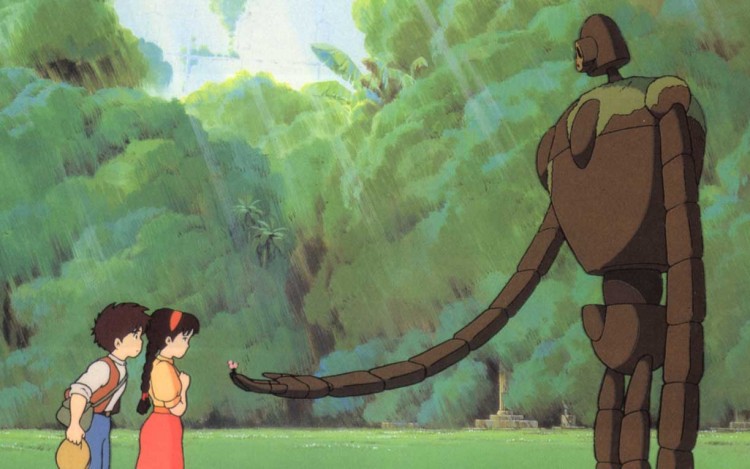 If you think that’s a stretch, it’s actually been confirmed. Anime News Network is reporting that Whedon is a huge Ghibli fan, went to John Lasseter, head of Disney Animation and a friend of Hayao Miyazaki, for help obtaining permission to use the robot.

by Alan Carrillo on October 7, 2015
Some people, Asgardian types mostly, may be wondering why everyone’s favorite Marvel villain was omitted from Avengers: Age of Ultron. In actuality, director Joss Whedon actually had Hiddleston make a brief cameo, but decided to cut him out of the [...]
POPULAR
Try a different filter
Featured
The Definitive Chronological Viewing Order For The Marvel Cinematic Universe
by Ryan Matsunaga
MCU
READ STORY
Copyright © 2018 Overmental, All Rights Reserved.
Villainy | www.Villainy.media