Gaming
1
previous article
Steven Universe Recap: Sworn to the Sword
next article
Adrift On The Oculus Rift Is The Gravity Sequel We Never Knew We Wanted

How Crytek Is Using Robinson: The Journey To Revolutionize Virtual Reality Storytelling

Crytek is using the Oculus Rift the best way it knows how: to create an open world story.

During our interview with the devs at Crytek, it was easy to see they had a lot of enthusiasm for virtual reality. When the developers saw the Oculus Rift at GDC some years back, they immediately wanted in on VR. But it wasn’t enough to just make a new world in virtual reality… Crytek wanted to find a new way to tell an immersive narrative. That narrative formed the basis for Robinson: The Journey.

What did you see in the Robinson: The Journey demo? 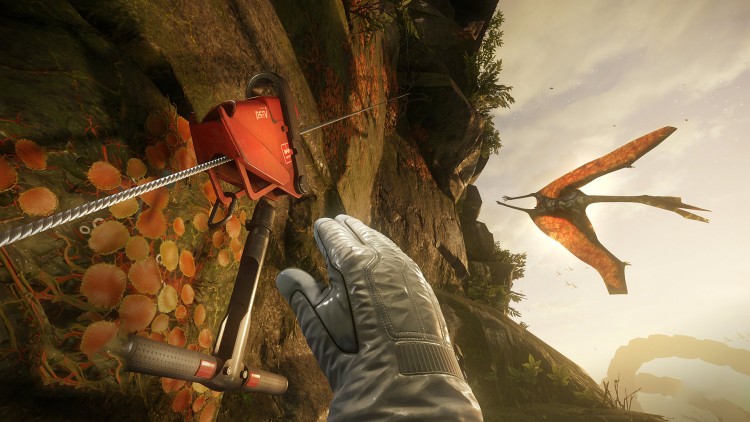 We only played a quick piece of the overall experience that mostly took place as you scaled a futuristic pulley system on a tropical cliffside. You have to carefully use the trigger buttons on a controller as an analog for your hands as you grab at motorized rope lines guiding you up a cliff side. As you move up, pterodactyl-like creatures hang from and glide around the cliff… which as it turns out is their nesting grounds.

It’s not Pandora. Yes, there are shades of Avatar here, but Crytek is adamant that Robinson is a very particular experience they intend to create. They respect Avatar, but aren’t looking to recreate Pandora in VR. It’ll be an original environment.

Tell me what else you saw.

If you look behind you while climbing, you see another cliff that is host to a massive crashed ship. Waterfalls flow from the top of the cliff, turning into mist as they fall toward what seems like an endless chasm below. 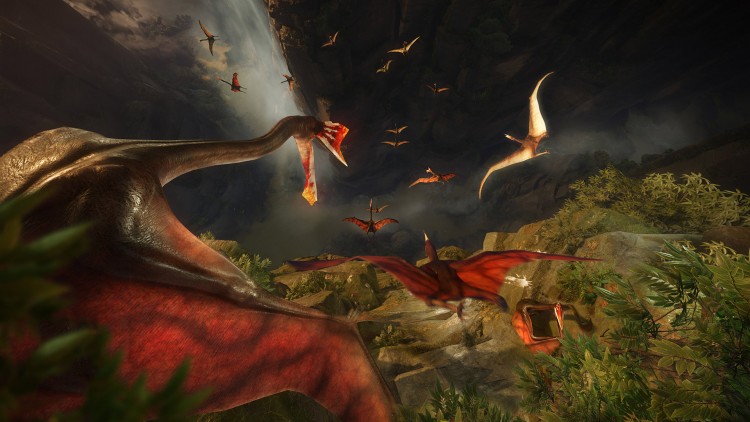 After dodging some more pterodactyl creatures, you reach the top of the cliff where you see alien ruins scattered across the jungle. Shortly thereafter, the demo ends.

So, is the Robinson name a coincidence or…

Well, we’re guessing from the crashed space ship that you play as the survivor of a shipwreck trying to escape the planet. So it’s safe to say it’s a sci-fi version of Robinson Crusoe.

What are Crytek’s goals with Robinson’s story?

While the devs were tight lipped on the details, their biggest goal is using virtual reality to achieve maximum emotional immersion. They did confirmed two things about the story: there will be a central mystery moving the story along and you will meet other characters along the way. As for who (or what) they are, it’s impossible to say at this point… but we wouldn’t be surprised if some of them were aliens.

How is Crytek going to tell their story in VR? 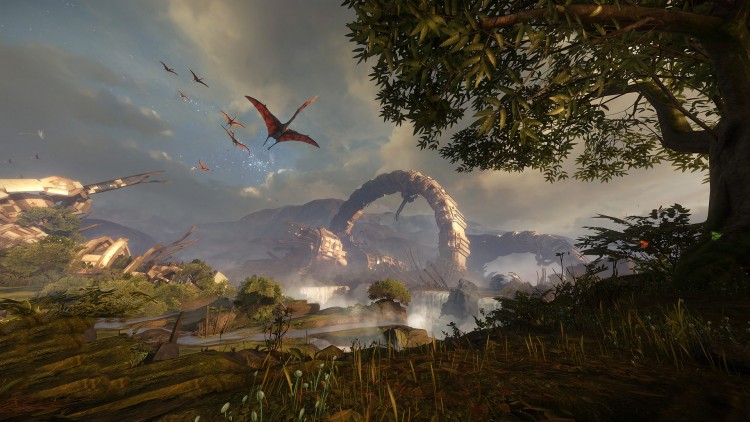 The devs have been spending time creating an entirely new interactive vocabulary for VR. The fact of the matter is that the way you interact with a world in VR is different than a TV screen, so the gameplay and storytelling techniques need to be adjusted accordingly. For example, they had to play test the speed of falling down the cliff to an exhaustive amount to find just the right speed and effect as to alarm people without making them feel anxious or nauseous.

How long will the finished game be?

Unfortunately, Crytek was tight lipped about how long the game will be. However, they did say it will heavily depend on the player. Many sections will have dangerous shortcuts for more adventurous gamers, but casual players can take long scenic routes. They’re shooting for as universal experience as possible. So, in a nutshell, the game is as long as it takes you to play it.

When will the game be available?

We don’t know yet, but at the earliest it’ll be when Oculus launches next year. If you’re curious about Oculus, check out our coverage on Edge of Nowhere and Adrift. 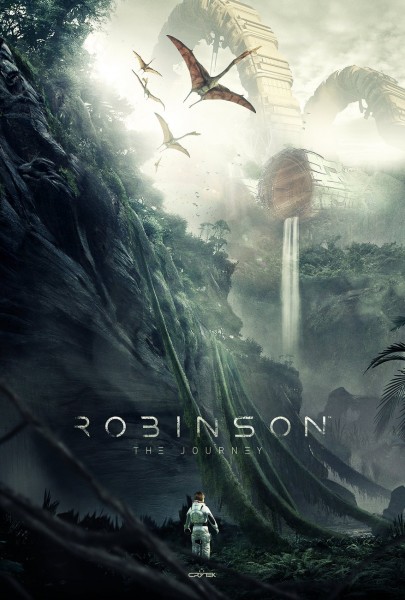 Aaron Edwards is a Los Angeles based screenwriter and filmmaker. On one faithful night when he was five, he sneaked out of his room and watched Aliens on cable. Soon after, he fell in love with storytelling and has been a big ol' nerd ever since. You can follow him on twitter @aaronmedward
You might also like
E3 2015GamingGaming News

by Matt Overstreet on June 30, 2015
Now that the crew has had some time to process everything they saw at and from E3, Jen, Matt, Moo, Rami, and Sean discuss what they liked and what they didn’t like. Matt’s got opinions about Last Guardian, and everyone’s excited about [...]

by Alan Carrillo on June 19, 2015
During this years E3, which is quickly becoming one of the best ever, game creator Yu Suzuki announced that the infamously delayed last entry into his Shenmue series is alive. There’s just a catch, its fate solely depends on crowdfunding via Kickstarter.