Immersive
0
previous article
Can We Take a Second to Appreciate How Awesome Jurassic World's Viral Marketing Was?
next article
Star Wars Anthology Rumor: Has Josh Trank's Replacement Director Been Found? 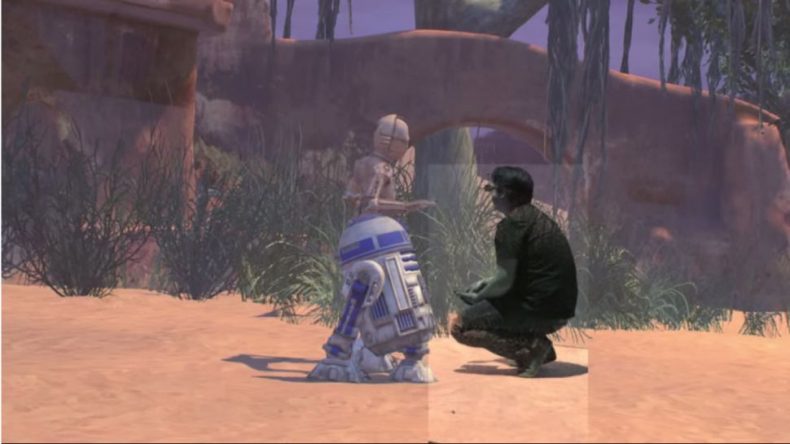 With the newest and final Oculus Rift announced, dated, and shown to be for real… virtual reality seems, well, more of an actual reality than ever. But it’s important to understand that the fine people at Oculus aren’t the only ones interested in presenting VR to the masses. Today, the illustrious ILM is also throwing their hats into the ring.

What is ILM doing in the realm of VR?

Technically it’s the resources of ILM, Skywalker Sound, and Lucasfilm. They’re creating a new research facility called the ILM Experience Lab which is being called ILMxLAB for short. You can check out their official site here. If you have any experience in VR, there is a “careers” tab in case you want to try your luck…

So, is this just for the Oculus?

Oh, not at all. They’re looking at all kinds of VR, including augmented reality. In fact, they get into their goals in their press release. Check out this except:

“For several years, the company has been investing in real time graphics – building a foundation that allows ILMxLAB to deliver interactive imagery at a fidelity never seen before. As this new dimension in storytelling unfolds, ILMxLAB will develop virtual reality, augmented reality, real-time cinema, theme park entertainment and narrative-based experiences for future platforms.”

Awesome! What kind of stuff are they working on?

At the moment, it seems to be Star Wars and Jurassic Park themed, which makes sense given that they’re two big money makers. As for the implementation of the technology, it seems that they’re concentrating less on Oculus Rift-esque goggles and more on augmented reality and projection. If you watch the trailer below, they seem to focus on a combination of AR goggles in conjunction with a three wall projection system that responds to commands in real time.

Huh. What application could this have?

We could definitely see this being used in theme parks as attractions that present virtual worlds to people. Down the line, we may see this kind of tech in home use to promote upcoming films. But beyond that, this real time VR system could actually have many practical applications in the areas of architecture, game development, tourism, etc.

When can I get my hands on this?

It’s going to be a while, as they just started. We wouldn’t be surprised if we had to wait a year or two before seeing anything we can actually put our hands on. Big leaps in technology take time.

I just want to use a lightsaber in virtual reality. Is that too much to ask?

Hey, you and me both. But if the Oculus Touch is everything we want it to be, we may get that wish sooner than you’d expect.

Aaron Edwards is a Los Angeles based screenwriter and filmmaker. On one faithful night when he was five, he sneaked out of his room and watched Aliens on cable. Soon after, he fell in love with storytelling and has been a big ol' nerd ever since. You can follow him on twitter @aaronmedward
You might also like
Virtual RealityImmersiveEtc.

by Ryan Matsunaga on January 20, 2018
The Visual Effects Society has revealed their annual awards nominations, ahead of the ceremony in February.

The Oculus Rift is Now Available for Pre-Order