Movies
0
previous article
Introducing: Overmental Community Levels
next article
The Water of the Future Might Require Some Chewing

Just How Many Robin Hood Movies Do We Need? Apparently a Lot of Them 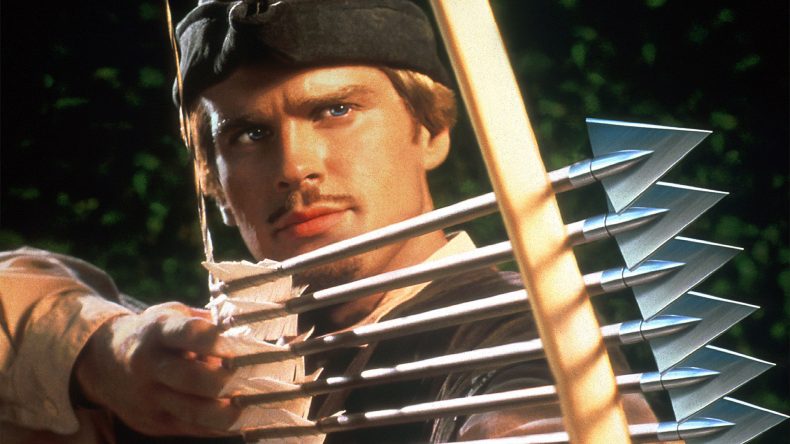 How many different shades of green tights do we need on the big screen? According to Hollywood, at least three.

Earlier this month, we got word that Lionsgate was moving forward with a project that’s currently known as Robin Hood: Origins, a gritty (of course) retelling of that character’s origin story.

A script is currently being written by Joby Harold, the guy behind Knights of the Roundtable, another “gritty” reimagining of a classic story, this time directed by none other than Guy Ritchie. It’s being produced alongside Leonardo DiCaprio’s production company, Appian Way.

The last we heard about this one, Sony was hoping to purchase the development rights to it, mainly because they have something preeettttyy similar going on…

Not to be outdone in the burgeoning Robin Hood market, Sony has their spin on the story in the works. Theirs is just called Hood, but in case you think that represents a simpler, more straightforward version, it’s been described as The Fast and the Furious meets Mission: Impossible. So yeah, a lot of “what?” in that treatment.

Sony’s pitch is a bit noteworthy though, because unlike the others currently in development, this one is imagining itself as a big, shared universe from the get go. Sony not only wants a Robin Hood movie, they’re also pumping a reported seven figures into developing an entire franchise, with films devoted to every possible spin-off character, from Little John to Friar Tuck.

So far, we don’t know how far along this project is, but we do know that Sony has already hired screenwriters (Cary Goodman and Jeremy Lott, the guys behind the upcoming comic book adaptation Lore); and the fact that they made a grab (albeit an unsuccessful one) at Lionsgate’s project makes it sound like they’re pretty serious about seeing this through.

Which brings us to our third and (hopefully) final Robin Hood adaptation. This one, titled Nottingham & Hood is going through the paces at Disney with the studio imagining it as an action and comedy-heavy take on the character, very similar to Pirates of the Caribbean (some have also compared the treatment to Enchanted).

Despite the success Disney has had with Pirates, I’m actually pretty surprised they’d be pursuing a project like this. While they’re making money hand over fist through Marvel (and soon, Star Wars), the studio has had a lot of trouble launching new live action franchises. John Carter, Oz the Great and Powerful, Prince of Persia: The Sands of Time, and The Lone Ranger all struggled to carve out a piece of the action, and that’s just in the past five years.

Still, if Disney is pursuing it, they’ve certainly got the talent and resources to make it happen. Now it’s just a matter of which of the three studios in the running are going to make it to the finish line first, and earn the coveted “hey those guys are copying us” award.