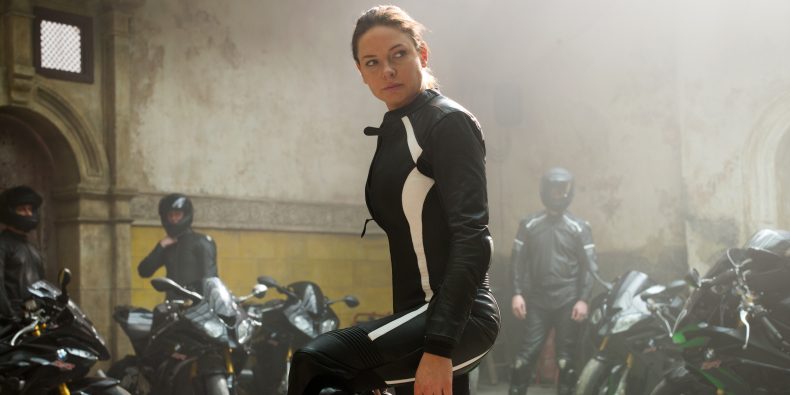 Now here’s a rumor I can get behind. Heroic Hollywood reports that Mission Impossible: Rogue Nation‘s Rebecca Ferguson is Marvel’s top choice to play Carol Danvers in the 2018 Captain Marvel movie.

What evidence are we looking at?

Not a whole lot unfortunately, but Umberto Gonzalez’s sources are pretty reliable… most of the time. He does cite one big clue outside of his anonymous source though, the fact that Ferguson recently passed on the female lead in Gambit, which could mean she’s keeping her schedule open. Open for what though is a big question, and it certainly doesn’t mean Captain Marvel in any definitive sense.

That being said, I’d be rooting for that casting decision.

What do we actually know about Captain Marvel?

Aside from it being a Carol Danvers-centric film (and the fact that the character almost showed up in Age of Ultron), we know almost nothing about the project.

It’s positioning in the timeline is particularly interesting though, as it’s the film directly preceding Avengers: Infinity War Part II. That means that unless Captain Marvel goes backwards in time (which they haven’t done since Captain America), her story is going to be a huge part of how Phase Three wraps up.

That makes it even more essential (as if it wasn’t already important enough) that Marvel finds the right actress for the role.

by Ryan Matsunaga on June 1, 2015
Two iconic Oscar winners may be teaming up for Captain Marvel.