Music
0
previous article
Here's What Will be Featured in Warner Bros.' Comic-Con Panel
next article
Star Trek Beyond: Original Series Episodes They Might Draw Inspiration From

Nature Ganganbaigal – To Where Tengger Leads Me 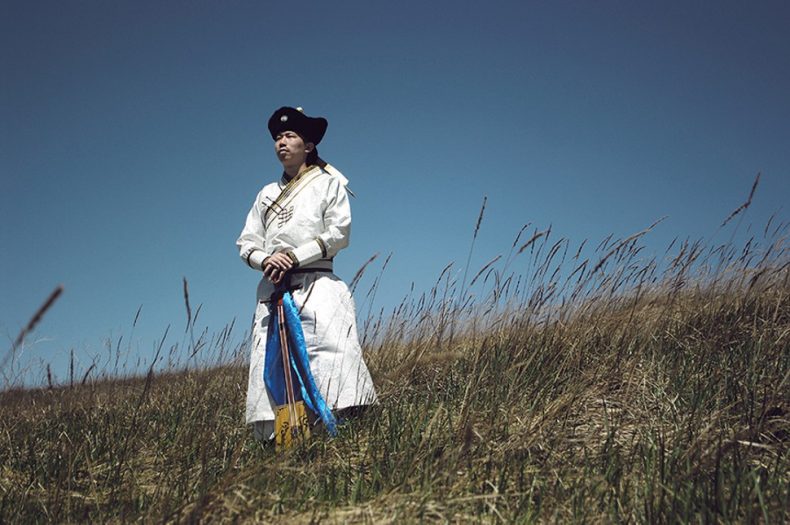 Nature Ganganbaigal moved to New York to get his Master’s in music composition for film and video games and it shows in his first solo album (he’s also the main songwriter for thrash/black/mongolian folk metal outfit Tengger Cavalry”). This will obviously be a blessing or a curse depending on how you feel about film scores. I’m not usually big on them, and when To Where Tengger Leads Me gets a little too “epic crane shot” it loses me briefly, but there’s also a cohesiveness here that few albums attain. The songs try to conjure scenes from a movie that we should have seen in some alternate universe.

Nature leads things with his horse head fiddle, or morin khuur, and throat singing, which I am an absolute sucker for. Being Mongolian horses, galloping and various steeds factor into song titles and inevitably creep into the imagery conjured up by the songs. Helicopter shots of steppes and running horses seem as apt a set of imagery as anything. Rhythms frequently fall into the “gallop” setting and there’s an expansiveness that allows for some of the background scenery to show through.

The album opens with more aggressive, mostly upbeat material. There’s lots of galloping, twangs and general good spirits. The horsehead fiddle leads from above the fray, occasionally swooping down to get its strings dirty. Throat singing provides an earthy rumble in appropriate places and generally checks the “rumbling subwoofer” box off.

The middle of the album has a darker feel with tracks like “The Gobi Road”, “Golden Horde”, and “Symphony of Steel, Pt. 1”. This transitions nicely into th generally sparser and more contemplative final third. The drums are more quick and rolling instead of thunderous and martial. the instrumentation is overall much more nimble, especially on “Hymn of the Earth”.

The album closes with the only track with sung lyrics, “Homeland Song” featuring NanDin. The voice is a surprise after so much instrumental work, but it fits right in with the tone of everything else. It’s like a beautiful, spot lit torch song as the credits roll that you wish would never end.

The combination of folk and modern elements is superb, and the arrangements and production are spot on. If this sounds anything like up your alley, or even adjacent to your alley, I suggest you check it out.