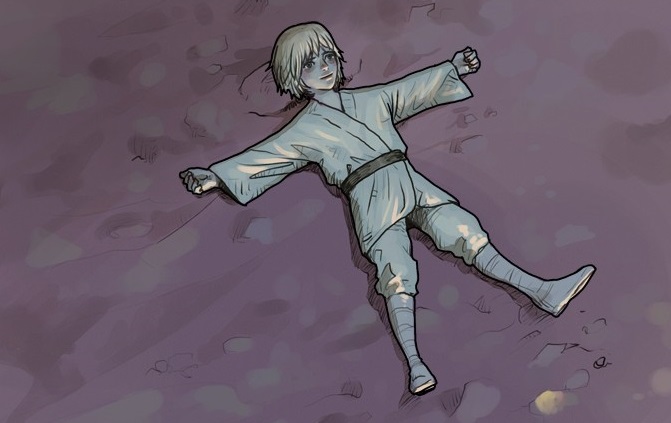 He even bullseyes some womp rats.

The Journey To The Force Awakens initiative is in full swing, introducing a ton of new toys, games, media, and books our way. Many of these books have been full of material that’s filed in gaps of the canon left when the old expanded universe was retired.

Some of these, however, are a little less substantial in their contributions to the saga. Star Wars: Journey Before The Force Awakens, for example is a web comic written and illustrated by Hong Jac-ga that tells the story of Luke on Tatooine before and during the events of A New Hope.

So… why isn’t it substantial?

Because by its very nature, nothing is supposed to happen on Tatooine… which is why Luke wants to go and join the academy with his friends. So, by this comic’s very nature it has to be boring and oppressive. Anything that happens in these pages is already implied in A New Hope through dialogue, acting, or visual storytelling without actually needing to see the events of Luke hanging around the desert. 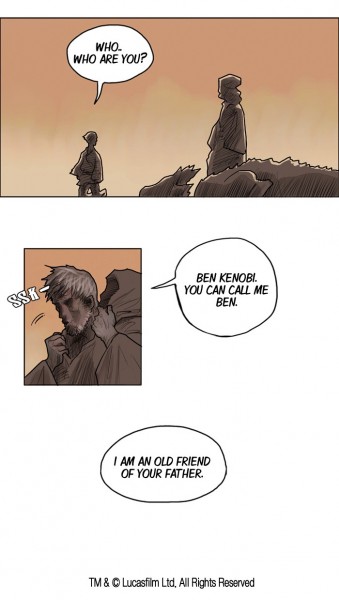 Hold on a second.

I thought Luke had never met Obi-Wan before A New Hope.

He hadn’t, at least… that’s what was strongly implied.

Well, supposedly everything being put out at this point is the same equal canon status. However, According to Lucasfilm senior editor Jennifer Heddle the comic is in a “grey area” of canon status due to some leeway with cultural interpretation.

We’ll be honest, A New Hope actually starts at the end of the second comic. So, despite some good art and the occasional nice moment, this is really just a manga retelling of that film that strays here and there. So, no you don’t need to read it. You’re far better off just watching the movie again if you don’t already know it by heart.

Aaron Edwards is a Los Angeles based screenwriter and filmmaker. On one faithful night when he was five, he sneaked out of his room and watched Aliens on cable. Soon after, he fell in love with storytelling and has been a big ol' nerd ever since. You can follow him on twitter @aaronmedward
You might also like
A New HopeStar WarsStar Wars: The Force AwakensStar WarsMovies