Your Definitive Guide to All of Netflix’s Original Series 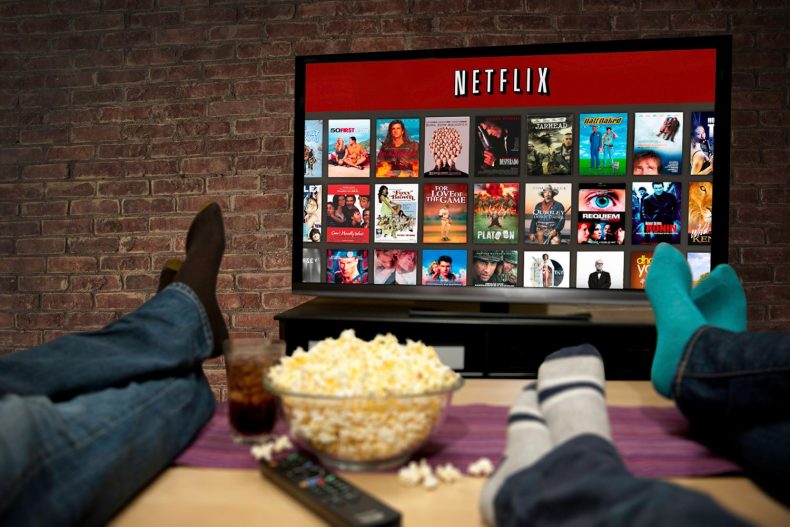 You’re probably aware that Netflix has begun producing their own original series, but it might surprise you to learn just how much more there is beyond House of Cards and Orange is the New Black. In fact, there are over three dozen shows in the cooker, with over half of those slated to premiere this year.

So pull up a seat, grab a drink, and let’s dive into everything we’ll soon be seeing on Netflix.

It’s not technically a Netflix Original, but this is the only place you’re going to be seeing it outside of the UK. The series stars Gillian Anderson (Scully from The X-Files) as a police officer investigating a string of murders in Ireland.

The Adventures of Puss and Boots

The latest in DreamWorks Animation/Netflix’s partnership, The Adventures of Puss in Boots will be a TV spin-off of the film Puss in Boots, which is itself a spin-off for a character introduced in a sequel to Shrek, and who also appeared in two more Shrek movies, and now my head hurts.

Kevin Spacey is back, and avoiding spoilers for those who haven’t caught up… he’s found himself in a very interesting position at the end of Season 2. It’s hard to imagine where the series is going next, but I’m sure it’ll involve eating ribs and breaking the fourth wall in some capacity.

Tina Fey and 30 Rock writer/producer Robert Carlock team up for this comedy about a doomsday cult survivor. Yes, comedy. Netflix ordered two seasons of this one right off the bat, so one can imagine that it’s probably pretty good.

We don’t know much about this one yet, other than it’s a dark family thriller set in the Florida Keys that’s set off when the “black sheep” brother of the clan returns home. The series comes from the minds of Damages co-creators  Glenn Kessler, Todd A. Kessler, and Daniel Zelman, so if you’re a fan of that one, that should give you some indication as to what it’ll be like.

The Trailer Park Boys have been doing their thing for almost 15 years now, and that’s pretty awesome. Season 8 was Netflix’s first exclusive deal with the series, with 9, 10, and 11 to follow on the streaming platform. That is a lot of Trailer Park Boys.

Yeah yeah Daredevil! This will be the first of Netflix and Marvel’s very exciting new partnership, which should hopefully expand the Marvel Cinematic Universe in a very unique way. Daredevil will set the scene for three additional Netflix/Marvel series, culminating in an Avengers-esque miniseries called The Defenders.

Jane Fonda and Lily Tomlinstar as two frenemies who are brought together after their respective husbands reveal that they’re in love, and plan on getting married. If nothing else, the fact that they got Fonda and Tomlin for a Netflix series should go to show just how quickly they’re catching up with network TV.

Orange Is the New Black – Season 3

Orange is the New Black was a breakout hit for Netflix when it debuted in 2013, and the series is still going strong. Just last year it received 12 Primetime Emmy Award nominations, a major step in the right direction for Netflix’s original content initiative.

Produced by the DreamWorks Animation-owned AwesomenessTV studio, this series is based on the Harvey Comics’ character of the same name, and stars Jake Brennan as the eponymous character.

The first two seasons of this animated series based on How to Train Your Dragon aired on Cartoon Network. With the third season, it’s finding a new home on Netflix.

This DreamWorks Animation series is based on a children’s book set in a world inhabited by creatures that are part truck, part dinosaur. It’s called Dinotrux, what did you expect?

Netflix’s supernatural horror-drama will be back later this year with a third installment. I feel like most fans jumped ship after the first season, but from what I’ve been hearing, it’s starting to get less bad, so there’s that.

The second series of Netflix’s partnership with Marvel (see Daredevil above), this one stars Krysten Ritter as a retired superhero who opens her own detective agency.

The Wachowskis take a stab at television with this one, so that’s pretty cool. The series itself follows eight strangers from different parts of the world who find themselves mentally and emotionally connected after a mysterious death. It sounds very Lost-ish, so that could either be a very good or a very awful thing. And yes, it’s pronounced “Sense-Eight.”

F is for Family

Comedian Bill Burr and Simpsons writer Michael Price teamed up for this animated sitcom. There aren’t a lot of details on it out there right now, but Burr is freakin’ hilarious (check out some of his stand-up specials on Netflix), so it should be a good time.

A dramatized retelling of the story of Pablo Escobar, a Columbian drug lord who is often regarded as the wealthiest criminal in history (at his peak he had an estimated net worth of $30 billion). They don’t call you the “King of Cocaine” for nothing.

An animated series based on Mattel’s line of Monster High dolls. That should be enough to tell you whether or not this series is for you.

Netflix nabbed the distribution rights for this Canadian TV series (it will debut on something called Shomi in Canada). It takes place in a quarantined town where a mysterious disease has killed everyone over the age of 21. So… Under the Dome meets The Hunger Games?

This French-language drama follows the mayor of the French port city of Marseille, as he battles his own heir in the coming election.

A Spanish-language comedy that takes a satirical look into the world of professional futbol. That’s hopefully not the name they go with.

Popples were apparently an 80s toy line that features fluffy animal… things. I’m guessing this series is skewing a little younger in demographics.

Netflix’s first documentary series, this one profiles six of the world’s most highly-regarded culinary artists.

Winx Club is… toys? I think? Or maybe clothes? Or a movie? I’m not really sure what the kids are into these days.

Netflix will be trying their hand at a talk show next year, and they’ve hired Chelsea Handler to handle it. For a taste of her comedic sensibilities, be sure to check out her Netflix comedy special Uganda Be KiddingMe.

I’ll be honest, I didn’t even know this guy had old adventures. Apparently this was originally a Canadian children’s series from 2011 that aired on Disney Junior.

Kong: King of the Apes

Set in 2050, this series stars King Kong after he becomes a wanted fugitive following the destruction of Alcatraz Island. Wouldn’t you know it though, Kong was framed by an evil genius who wants to take over the world with a army of robot dinosaurs. To foil those nefarious plans, Kong has to team up with the three kids who know the truth. You can’t make this stuff up.

The Care Bears are back… with their cousins?

Judd Apatow led the charge on this comedy series that follows a couple experiencing the, “exhilarations and humiliations of intimacy, commitment, and other things they were hoping to avoid.” A second season has already been ordered, and will debut in 2017.

If you watched the first episode of Bojack Horseman and thought it was dumb, just give it a chance. That series gets waaaay better with time.

Netflix officially greenlit a second season of Marco Polo early this year, and that’s great news because that first season did not have any resolution at all. It definitely looked pretty though.

VeggieTales in the House

The best Christian-themed film series starring anthropomorphic vegetables is back, with three seasons of 22-minute episodes to air exclusively on Netflix.

Following its cancellation on network TV, the fourth season of this crime drama will  air on Netflix later this year.

A Series of Unfortunate Events

A re-adaptation of the Lemony Snicket book series, this time as a 13-episode TV season. Jim Carrey will sadly not be involved.

Following Daredevil and A.K.A Jessica Jones, these three series will round out Netflix and Marvel’s collaboration. Expect at least two of them in 2016.

The long rumored TV series based on the 2001 cult classic will finally be arriving on Netflix… eventually.

A series based on yet another DreamWorks Animation movie (the movie itself is out this year though).