For the first time in the company’s history, Bethesda will be holding its very own press conference at E3 later this year. While they haven’t revealed why they’ve chosen this year to do so, the smart money is on some huge reveals that they don’t want sharing the stage with other publisher’s games.

So what could be in store at E3 from Bethesda? We don’t know for sure, but just for fun, let’s speculate. 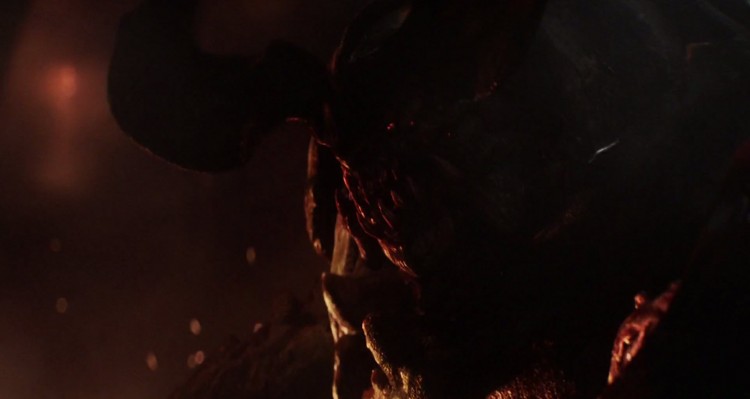 Out of everything on this list, this seems like the biggest no-brainer for a flashy E3 reveal. By the time June rolls around, the game will have been in development for over seven years, with four of those being directly overseen by Bethesda.

At last year’s E3, a teaser for the game was presented, with a bigger trailer shown off at QuakeCon a month later. Since then, we’ve heard almost nothing about it, but reportedly, the game has been demoed behind closed doors, so it’s likely close to a playable state.

Bethesda’s E3 press conference seems like the perfect place to present some gameplay for the highly anticipated title, and I would be very, very surprised if it didn’t have a pretty significant place in the publisher’s plans. 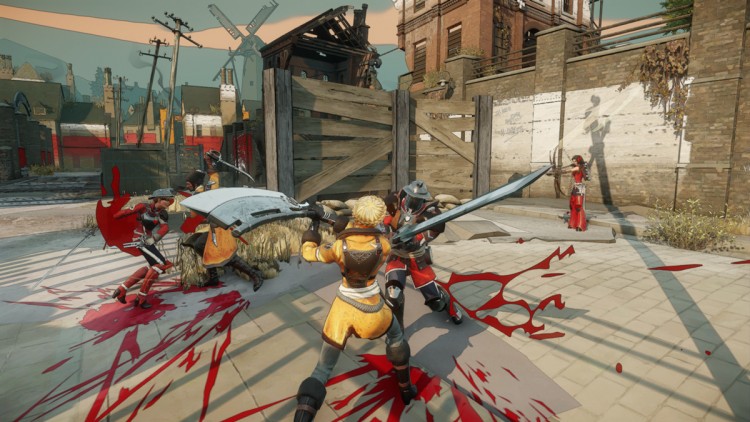 Battlecry, the free-to-play multiplayer shooter revealed last year, isn’t being developed or published by Bethesda. However, Bethesda’s parent company ZeniMax Media, owns the game and the studio working on it, so it would make a lot of sense for Battlecry to have some spot in Bethesda’s E3 plans. After all, it was featured prominently in Bethesda’s booth space last year. 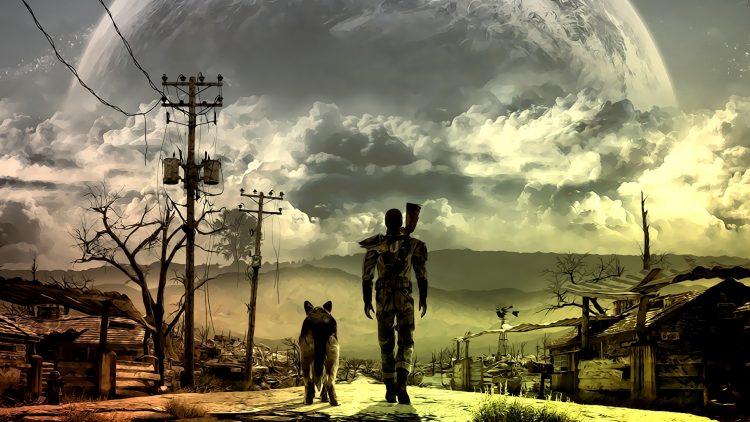 It’s still unannounced, but it feels like whenever a Bethesda rumor crops up, speculation on Fallout 4 isn’t far behind. That’s no surprise though, it’s been five years since the last Fallout game, and seven years since the last numbered entry. That’s a surprisingly long time to wait for a series that’s as popular (and commercially successful) as this one.

While again, it’s still officially unconfirmed, the game is almost certainly deep into development. In late 2013, Kotaku caught a report that the game would be set in Massachusetts, probably centering around The Institute, a location that’s been hinted at in previous Fallout games.

Bethesda has to be aware of the expectations that have been set with the announcement of their press conference, and if Fallout 4 isn’t on the docket, they better have this next entry up their sleeve, or they’re going to be dealing with a lot of disappointed fans… 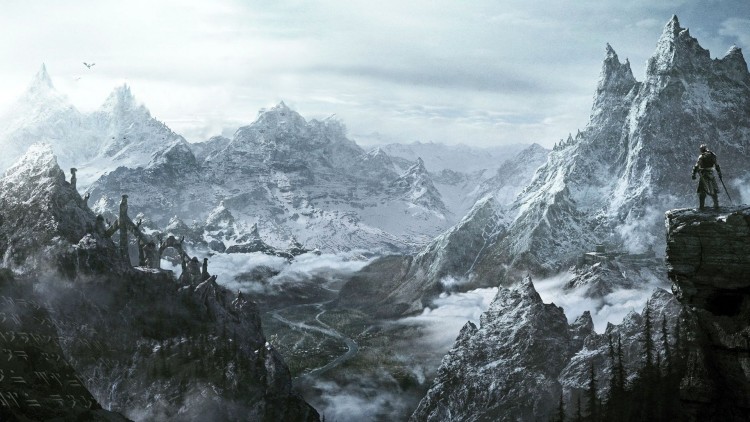 If it’s not Fallout, it has to be a new Elder Scrolls game, right? After all, it’s easily the most successful (at least in recent times) franchise that Bethesda owns. While The Elder Scrolls Online was a flop, players are still in love with Skyrim over four years after it was released (heck, people are still playing Oblivion).

The announcement of an Elder Scrolls VI would be huge news at E3, and definitely an announcement that would keep the focus on Bethesda for a good chunk of time. Weirdly enough though, we’ve heard very few rumblings about development on a sixth game, so even if it is in production, don’t expect to see too much of it at E3. 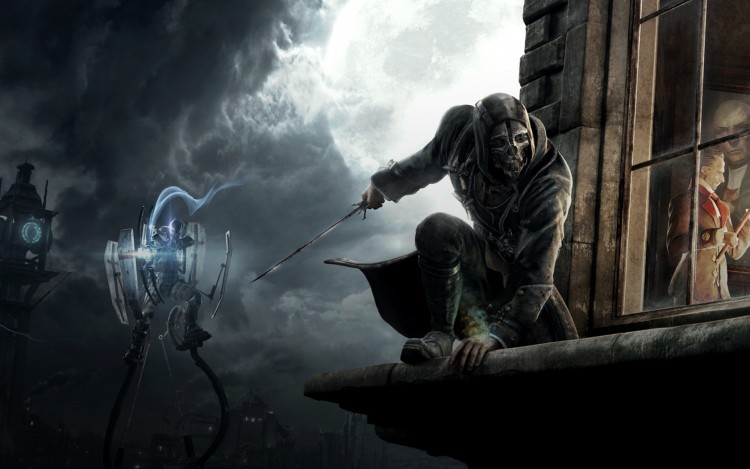 Dishonored came out of nowhere in 2012 to become a critical and fan darling, and despite its weird premise and the fact that it’s a new IP, it reportedly exceeded Bethesda’s sales expectations.

A few months after its release, Bethesda’s Pete Hines officially commented that the company was looking to develop the game into a series. That doesn’t mean a sequel is guaranteed, but it would make a lot of sense.

Sadly though, we haven’t heard very much on this front in the past couple of years. We’ve gotten a lot of rumors, even some allegedly leaked reports (one that even gave it a title: Darkness of Tyvia), but none of those rumors ever materialized into an announcement. If Bethesda does have a Dishonored announcement in the cooker for E3, they’ve managed to play it very close to the chest. 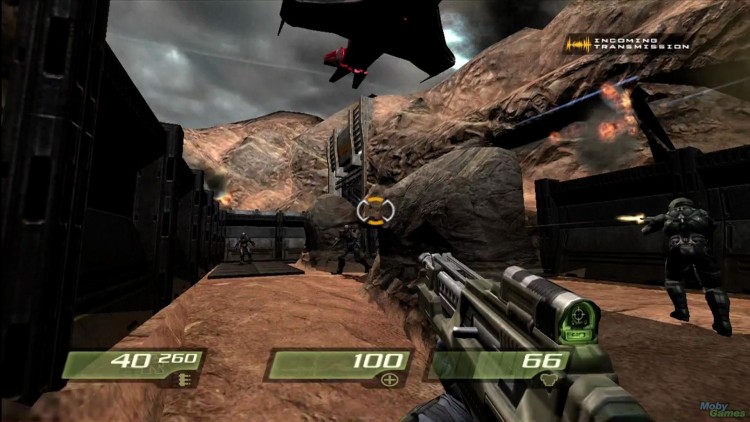 Man, it is time for a new Quake. We’re coming up on a decade now since the last numbered entry, and despite how iconic that franchise is, neither of the two games released since then (Live and Enemy Territory) managed to generate much buzz.

I guess it’s not that surprising given the lukewarm reception Quake 4 got, but that game was far from terrible, and not nearly mediocre enough to bury the entire series. In fact, back in 2011, John Carmack went as far as to say that id Software was exploring its options for a Quake remake, possibly exploring the “mixed up Cthulhu-ish Quake 1 world and rebooting [in] that direction.”

That sounds pretty awesome to me, so let’s hope the option is still on the table.

The Totally Unannounced (But We Still Really Want It) Stuff: 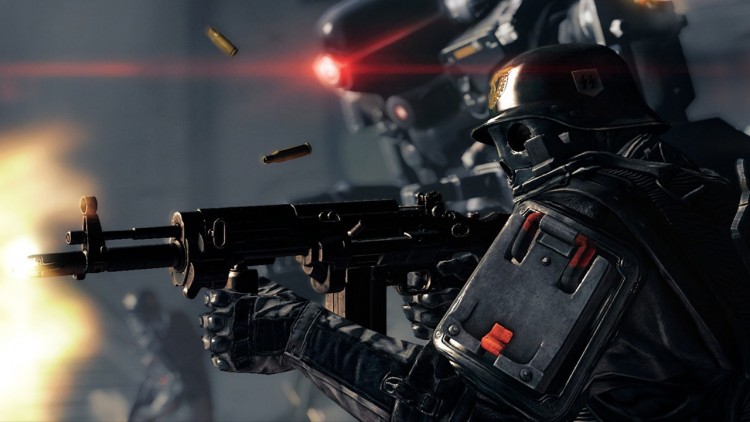 Is it too early for a Wolfenstein shooter? Hell no! Last year’s The New Order filled a FPS niche that you really couldn’t get elsewhere in a landscape dominated by Call of Duty and Battlefield.

Unfortunately, with a lack of multiplayer and a relatively linear story mode, most of us found ourselves blasting through that game pretty quickly. While I’m not pushing for Wolfenstein to become an annualized series, I certainly wouldn’t be against seeing a sequel sometime in 2016.

A Fallout or Elder Scrolls Spin-Off 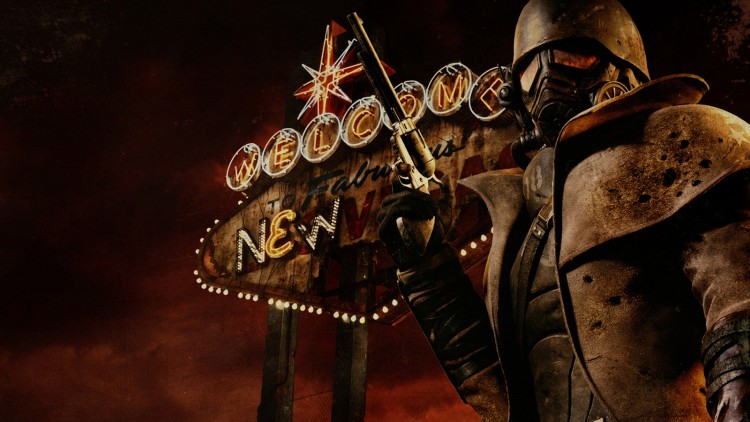 If Bethesda isn’t ready to show their hand with a Fallout 4 or Elder Scrolls VI (although realistically, you have to think it’s going to be at least one or the other), then maybe they could release a New Vegas-esque “in between” game instead.

After all, New Vegas was a pretty big success for Bethesda, and it’s not The Elder Scrolls has never tried this approach, with ESO last year, and Battlespire and Redguard in the 90s.While I’d personally be pretty disappointed if this is the route they decide to take, I guess a little bit of Fallout is better than no Fallout at all.

And on a note of pure, pure speculation, how cool would a Fallout MMO be? Totally unlikely, but hey, I can dream. 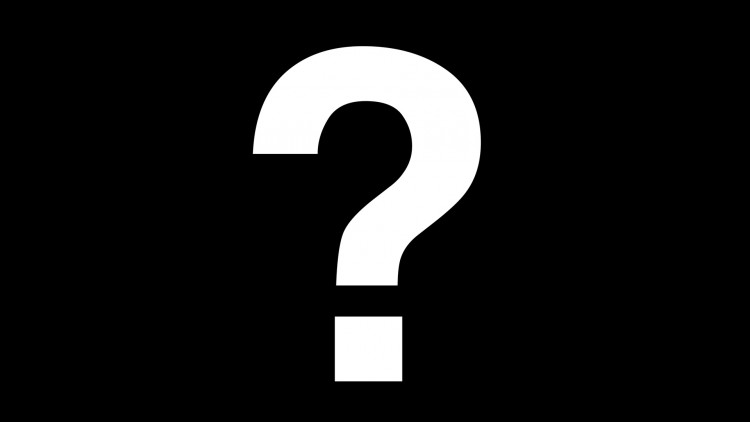 While Bethesda has mainly banked on the success of their Fallout and Elder Scrolls games, as well as “classic” properties like Doom and Wolfenstein, over the past decade or so, they have proven that they’re not afraid to step outside of the box once in a while.

Having the stage at E3 would give them the perfect opportunity to introduce a bold new IP. Are we in for another Dishonored-like surprise this year? I certainly hope so!

The Outside Possibility Stuff: 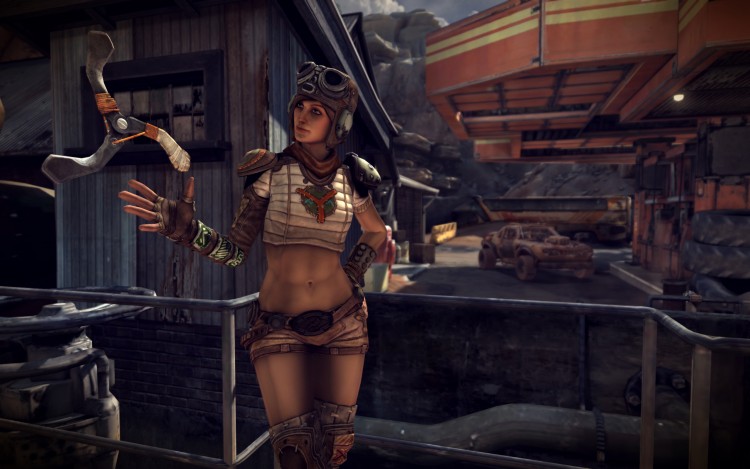 Unlikely? Sure, but it could happen. Right now, id Software is working on Doom 4, but John Carmack has previously stated that he would like to tackle a sequel to Rage after that game ships. According to him, they would be using the same core technology used on the next Doom game to speed up development on Rage.

In 2013 though, ZeniMax suspended all development on Rage 2 in order to focus the studio on Doom 4. That being said, there’s still hope. According to id Software co-founder Tim Willits, the game is definitely “not dead,” and that it was designed so that it would be easy to step back into development once the studio has the time. 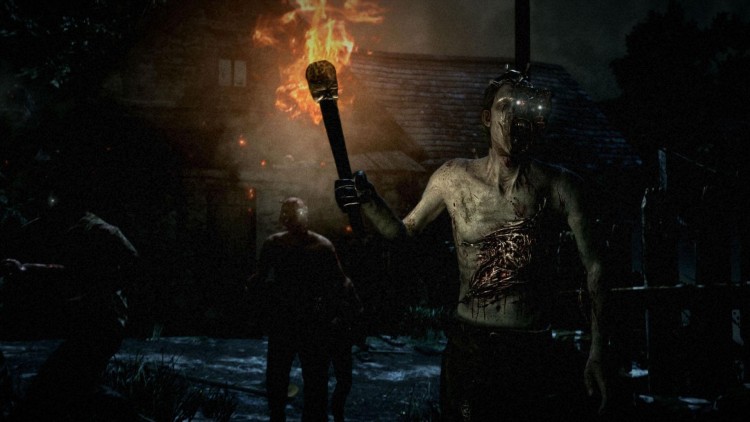 Despite being heralded as Shinji Mikami’s return to survival horror, The Evil Within failed to become the breakout franchise starter that Bethesda wanted it to be last year. Still, sales for the game were pretty solid, and it did manage to set a record for the highest-selling first month for a new survival horror IP.

Regardless, an Evil Within reveal is pretty unlikely just because of how recently the last game was released. Come June, it will have only been eight months since the game came out, probably barely enough time for the rest of the DLC to be released. 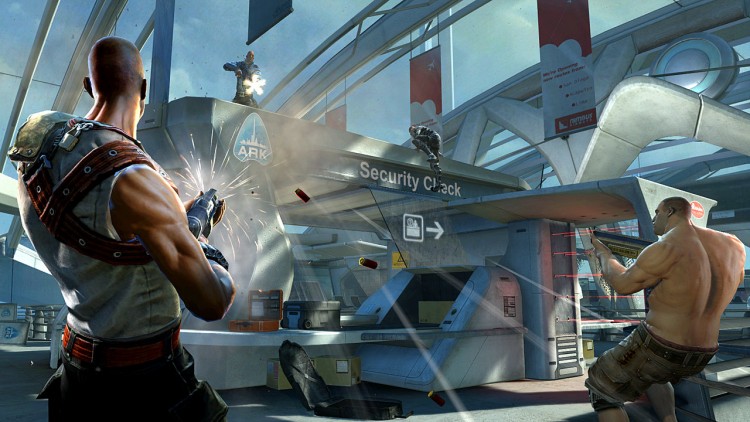 Brink was an incredibly disappointing release for both fans and Bethesda back in 2011. There was a lot of buzz about potential sequels before the game was even released, but mediocre review scores and lukewarm sales put an end to all that pretty quickly. So, no, probably no Brink 2. 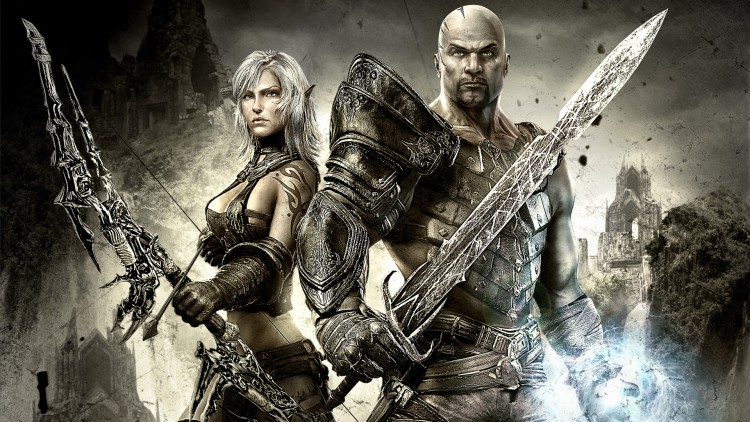 If you haven’t heard of Hunted: The Demon’s Forge, you’re not alone. The co-op action game was developed by inXile Entertainment, and quietly released in 2011. Since then, inXile has gone on to make waves with Wasteland 2 and Torment: Tides of Numeria, both becoming some of the most successful crowdfunding projects of all time.

On the trail of that success though, perhaps inXile will take another look at their Hunted franchise. After all, inXile founder Matt Finley has stated a few times that the studio was interested in a sequel if the game could find a following. It’s not likely, but it is possible. 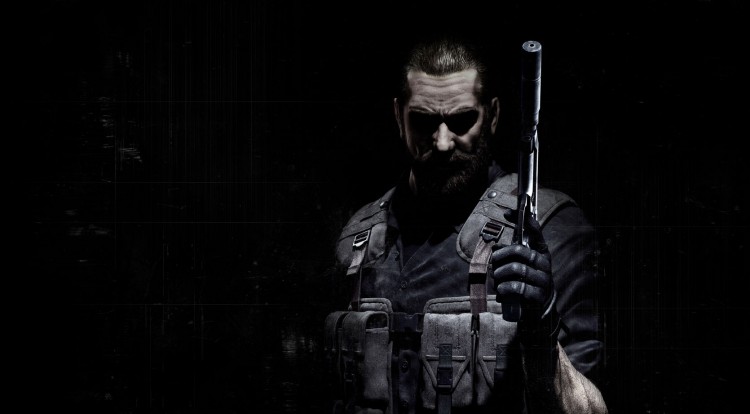 Prey 2 (Back From the Dead)

Prey 2 was officially cancelled late last year after over eight years in development, but that series may not be as dead as it looks. Bethesda’s Pete Hines’ official comment on the matter was that Bethesda still wants to do something with the series, they just need to figure out what that something is.

Could they have figured it out in time for E3? Unlikely… but you never know.

Bethesda’s E3 press conference will take place on June 14. In the meantime, do you have any other ideas on what they might present?

by Jeff Williams on June 15, 2015
If Bethesda’s E3 press conference got you suitably hyped for Fallout 4, you can now shell out a pretty penny for a very fancy looking collector’s edition.

by Jeff Williams on June 14, 2015
Bethesda is breaking new ground at this year’s E3, hosting their very own press conference at the expo for the first time in the company’s history.