5 Ways They Might Bring Wolverine Back from the Dead

No matter how you feel about it, they’re killing Wolverine. Likewise, no matter how you feel about it, they’re almost certainly going to bring him back. Some of you may bitch, some of you may sigh, some of you may happily accept this as part of the life cycle of popular comic book characters. The truth is that they’re doing a fine job of giving Logan his send off. With worries about his noble death dismissed I can comfortably start focusing on the wacky ways that he might be brought back to life. 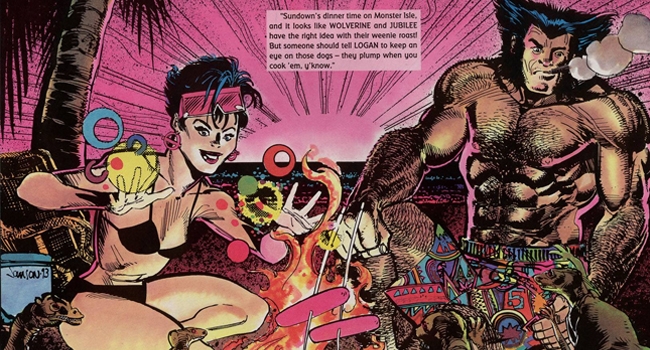 I saw this one on Reddit and it was too good to pass up (or steal as my own). The series is called the Death of Wolverine, not the Death of Logan. It’s possible that they’re talking about the death of the Wolverine persona. At the end of his long ordeal, having made his peace with friends and foes alike perhaps he’ll get the chance to walk peacefully off into the sunset like he’s always wanted. His anger and pain spent he can retire the costume, and maybe even the claws, for good.

Obviously this would be a ballsy misdirect for Marvel. It’s the kind of twist that borders on too clever for it’s own good, but it also has the potential to stand as a heroic narrative risk that could stand the test of time if it can weather the initial outrage. They’ve done a lot of work just so that it’s believable that Wolverine might even be possible to kill, and they’ve made it quite clear that they want to explore what the world is like after Wolverine has left it. Wolverine has also demonstrated an ability to disappear when he wants to, though. Could he make that disappearing act semi-permanent?

2. The Part of the Phoenix Force That’s Still Jean Grey Will Revive Him

The Phoenix Force is supposedly destroyed, but the idea that something like that can stay dead forever in any comic book universe is pretty far fetched. As we discuss the seemingly inevitable return of one popular character, we must also consider the return of another. Jean Grey is/was indistinguishable from the Phoenix Force and she’s always had a soft spot for Logan. Their love, sexual or not, is a bond more than powerful enough to coax Wolvie back from the dead.

This does hinge on Wolverine wanting to come back from death, and it’s increasingly clear that he might seriously be ready to die. Is he ready to fight to stay dead? Could Jean/Phoenix determine that there is a threat that only Logan can handle? Would she be willing to deny his wishes for peace for the sake of the greater good? Almost certainly.

Wolverine’s been cloned and had his DNA diced, sliced and generally distributed across the Marvel universe more often, and in more ways, than I can reasonably recall. All of these experiments so far have failed to varying degrees.

He’s also had his memory scrambled, edited and erased more than any other character I can think of. Someone, somewhere, certainly has a copy of those memories somewhere, right? Eventually someone needs to pull off a real clone and implant Logan’s memories. Weapon Plus is a constant source of healing factor obsession. Apocalypse has made use of our be-clawed hero before.

The idea of a clone who doesn’t know he’s a clone, possibly from a little farther back in Wolverine’s history battling, first to come to terms that he isn’t the original, and secondly with the world’s reaction to him, first as a miracle, and later as an impostor would certainly give Marvel the chance to put Logan through the ringer for another couple decades as he again wrestles with his own rage, stoked with brand new resentments. Seriously, ther are very few characters in the Marvel universe that they love punishing as much as they love punishing Logan. There’s no reason to think they’ll lose that enthusiasm just because he’s a clone now.

4. Magneto Will Tear the Adamantium from His Bones Again

Magneto is a character who has shown an infinite ability to plan and scheme. He is nearly impossible to fool and he rarely loses track of current events. He’s absorbed in his own thing right now, but when is he not lording it over some grand scheme?

It’s also true that he and Logan have never really gotten on. In fact few people beyond Magneto’s own children have managed the level of animosity towards him that Logan has. It might have something to do with that time Magneto tore the adamantium from Wolverine’s bones. It left him in a weakened, brutalized state and opened him up to a series of victimizations that were epic even by Wolverine’s standards, and he’s had his memories erased so that the government could use him as a living weapon. He’s been sent to fucking hell and tricked into killing a slew of his own illegitimate children.

So what does this beef have to do with bringing Wolverine back from the dead? Well, when Magneto initially  ripped the adamantium from his bones his healing factor seemed to give up in exasperation. Eventually a failed attempt to re-bond the nearly indestructible metal to his skeleton kicked his already returned healing factor into such immense overdrive that he was in danger of becoming a bestial maniac. Could the trauma of his final battle, combined with Magneto harvesting his adamantium, once again drive his healing factor into overdrive? Will his death be little more than a Superman style “healing coma?”

Fuck you a bunch. Stop it.