Agents of SHIELD: What is Coulson Designing in Those Blueprints? 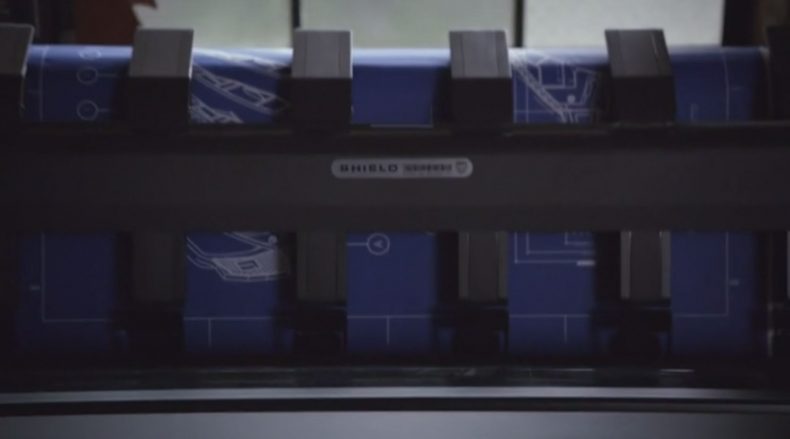 Tonight’s Agents of SHIELD finale gave us a couple of clues as to where the next season is heading, including a tease of Coulson’s vision for the team.

We know that he’s putting together a team of enhanced agents (Skye being the only one we know about so far), and that he’s been vetting potential members with May’s ex-husband for a while now. Towards the end of the episode though, we got a more concrete look at what he’s actually putting together.

Explaining that they’ll need to be mobile (RIP bus), Coulson seems to be designing vehicles for the team. Here’s a better look at his blueprints: 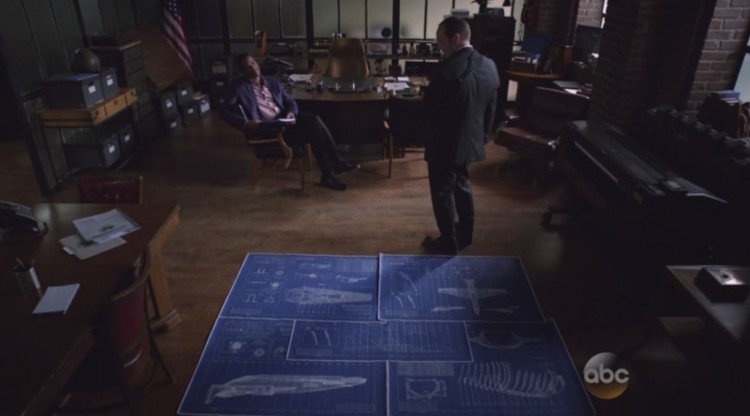 To make it easier to see, let’s flip it around:

In the upper left-hand corner appears to be a plane, although it doesn’t look anywhere near as big and command center-ey as the bus was. Diagonal from that is a much smaller aircraft, and the shape reminds me a lot of our current-day military drone planes.

The other two designs are much more mysterious. Are they even vehicles? The one on the right looks like some high-tech whale bones (maybe an exoskeleton of some kind), while the one on the left is shaped an awful lot like a Chitauri gun. 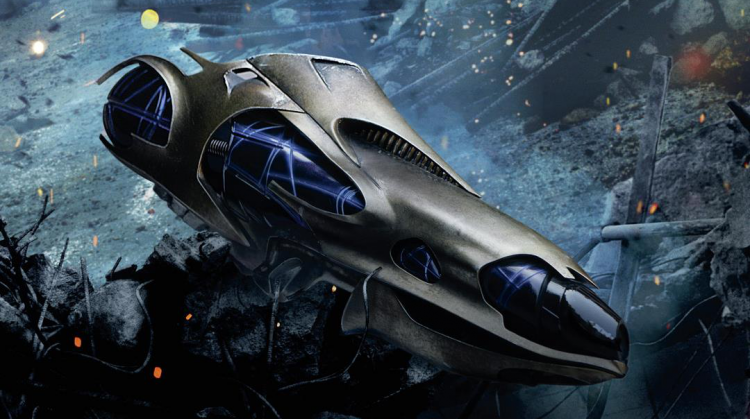 Perhaps they’re blueprints for weapons that Coulson is designing, although if he’s basing them off of Hydra or Chitauri tech, I think Captain America and his New Avengers are going to have some words on that.

by Ryan Matsunaga on October 6, 2015
On this week’s Agents of SHIELD, the team takes a trip through history on the hunt for Simmons.