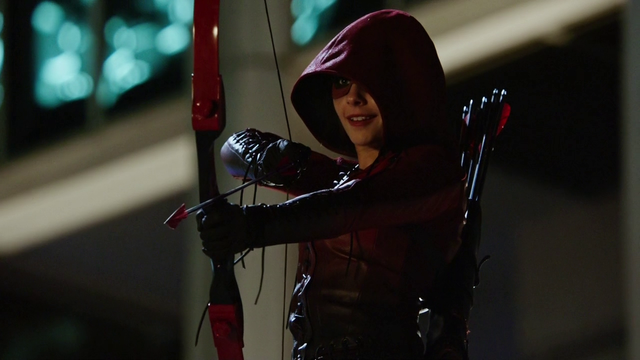 In the pilot episode of Arrow, Oliver casually called Thea by her nickname Speedy. For the majority of viewers this reference went over their head. But for fans familiar with the comic lore of the Green Arrow we knew that eventually Thea would take up the mantle of Speedy. In Season 3’s finale of Arrow, that moment foreshadowed since the pilot finally came true.

Speedy is the Robin to Green Arrow’s Batman. Essentially the Speedy character is a teenage sidekick to Green Arrow. Much like the Green Arrow, Speedy’s abilities are her proficiency in archery and mastery of hand to hand combat.

There are quite a lot of differences from the television and comic versions of Speedy. Thea Queen doesn’t even exist in the comic books but her character takes many elements from that universe.

Parallels from the comic

In the comics there are two characters who have taken the mantle of Speedy. 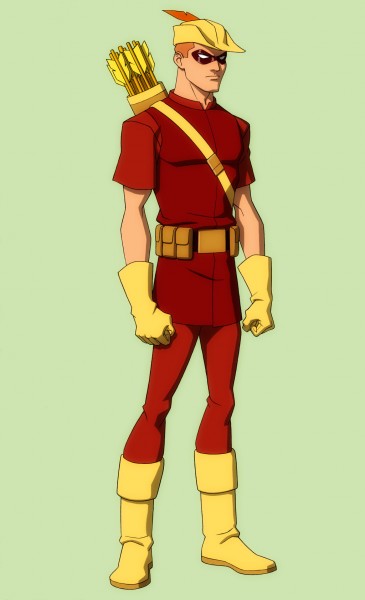 The first was none other than Roy Harper whom viewers of Arrow should be familiar with. Although the television Roy Harper never took up the Speedy name, their origins draw some parallels. For instance, Roy Harper began to idolize the Green Arrow after he became a figure in the public eye. He followed his exploits very closely and hoped to gain his respect. Roy Harper eventually did achieve that goal and was taken under Oliver Queen’s wing and molded into the superhero he eventually became. Roy Harper eventually took on the name Arsenal which was his alias used in the television show. As Arsenal, Roy became proficient in a larger assortment of weapons including guns, truncheons, and boomerangs. 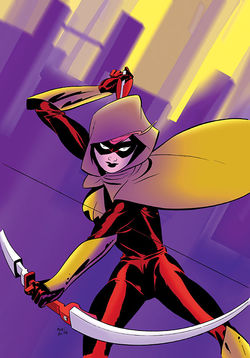 The second Speedy is Mia Dearden. Thea appears to be a direct reference to this character. For starters, Thea’s full name in the show is Thea Dearden Queen. Also when Thea was in Corto Maltese with Malcolm she used the alias Mia. However apart from their name there appear to be no more similarities between the two. Mia’s origins were rooted in child prostitution, eventually being saved by Oliver Queen and learning archery and combat from Queen’s son, Connor Hawke.

It should be noted that one of Roy Harper’s biggest arcs was his drug problem, something the showed paralleled with Thea’s early struggles with drugs.

With Season 3 wrapped up and Oliver looking like he’s riding off in the sunset with Felicity there really isn’t much to speculate on. Thea will undoubtedly have a bigger role than before with Oliver’s absence. She and Black Canary could form Birds of Prey as I mentioned last week but with her debut in the finale and with no hints at potential comic lines, it’ll be hard to predict how Season 4 may go. 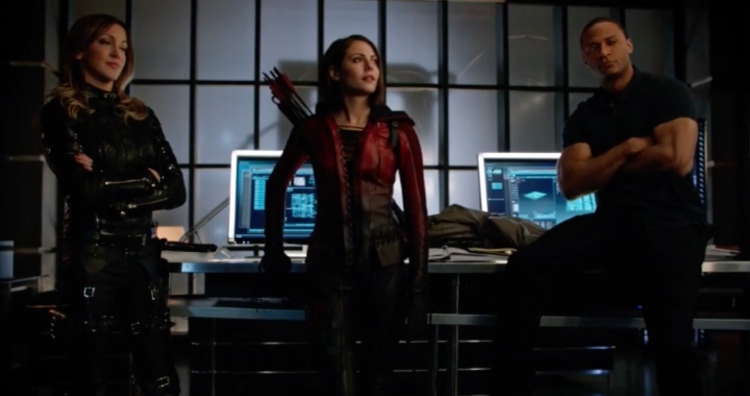 If we really want to reach then we can see Thea transforming into the villain Cheshire due to the effects of the Lazarus Pit. It was briefly mentioned that Thea would not be the same after being revived by the pits but so far none of that has taken effect. This would be a good way to bring Roy Harper back and bring a new dynamic to that relationship since the door seems all but closed on those two. It would also be very stupid of the writers to ignore that plot device from the Lazarus Pits but with the shoddy writing this past season I wouldn’t put it behind me.

If we really really want to reach then we can see if the finale of The Flash somehow alters the timeline, akin to the Flashpoint storyline. I don’t think I need to say that it would be really ballsy to alter another show’s timeline after its finale even if they take place in the same universe.

Bad news is we won’t know what’ll happen for awhile since season 3 is over. Good news is that it’ll be back in only 5 months

The DCEU Flash Movie Will Be Directed by the Spider-Man: Homecoming Screenwriters

by Ryan Matsunaga on January 16, 2018
John Francis Daley and Jonathan Goldstein, the screenwriters on Sony/Marvel’s Spider-Man: Homecoming, have been hired to direct the upcoming Flash movie.