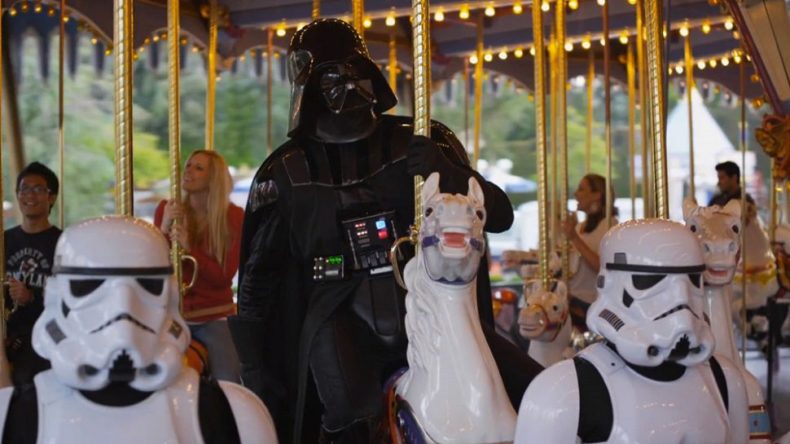 Soon, you to will be able to sever arms in the Mos Eisley Cantina.

A Star Wars theme park. Star Wars land. What could be more of a nerd paradise than that? For so long, all we had was the canon warping Star Tours ride. It was certainly nice… but we all wanted something more. We wanted a ride that let us  fly in the Millennium Falcon or pilot a speeder bike through the trees of Endor. Really, the possibilities are endless. Now that Disney has the Star Wars license and is producing new films, now is the perfect time to get that theme park money.

So… when will they being doing that?

According to the Hollywood Reporter, Disney COO Tom Staggs spoke at the Bank of America Merrill Lynch Media, Communications & Entertainment conference in Beverly Hills. There he said the new Star Wars lands would start construction next year in the California and Florida parks as expansions.

Apparently, they are the largest “single-theme” improvements of the parks in their history.

What rides will there be? 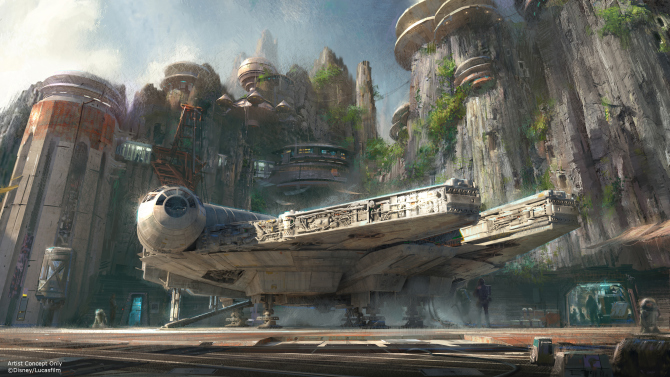 Check our our guide breaking down all the information from the initial announcement, but Staggs did say Mos Eisley Cantina will be a part of Star Wars land and guests will be able to fly the Millennium Falcon. So, you’ll be able to take those two items off your bucket list.

When will the parks be completed?

We’re not sure. Obviously, these are major construction endeavors. So it may take a few years.

Anything else coming to Disneyland we should know about?

There will be an Avatar inspired Pandora land coming in 2017, just in time for the sequel to be hitting theaters. So, for those of you who wished you could live on Pandora without a breathing apparatus… your wish will (sort of) be coming true.

Aaron Edwards is a Los Angeles based screenwriter and filmmaker. On one faithful night when he was five, he sneaked out of his room and watched Aliens on cable. Soon after, he fell in love with storytelling and has been a big ol' nerd ever since. You can follow him on twitter @aaronmedward
You might also like
DisneyDisneylandStar WarsStar WarsImmersive