But with the new films, so comes new books, comics, and games in a new continuity to replace the old one. So, what is canon and what isn’t anymore? After twenty years, are these the same characters and planets we’ve always known and loved? Is it even the same universe? Well, in our column Canon Catch-Up, we’re here to answer those questions and set the record straight.

So, what’s the deal with Endor in the current continuity?

Known as the “Forest Moon of Endor” or “The Sanctuary Moon,” the planet commonly referred to as Endor is actually the furthest moon of a gas giant: the real planet Endor. A forested world that was chosen by the Empire as the construction site of the second Death Star, Endor was also home to a primitive species called Ewoks. When the Rebels launched an operation to destroy the second Death Star, the Ewoks helped the ground team overcome a battalion of stormtroopers and destroy the shield generator protecting the station.

The resulting space battle led to the death of Emperor Palpatine and the destruction of the second Death Star at the hands of Lando Calrissian and Wedge Antilles. The Rebellion was victorious, but at great cost. Shortly after the battle, the Rebellion rebranded themselves as the New Republic and pushed on Imperial space… a campaign that would reach its climax with the Battle of Jakku.

What about Endor in the Expanded Universe?

As Endor was on the edge of charted space (the Unknown Regions lay beyond), the system saw very little activity. However, it did become a relative hot bed of ship crashes during the reign of the Old Republic. That reputation for lost ships led to many travelers staying far away from the system. Eventually, the Republic deemed the forest moon a nature preserve… hence the name “Sanctuary Moon.” 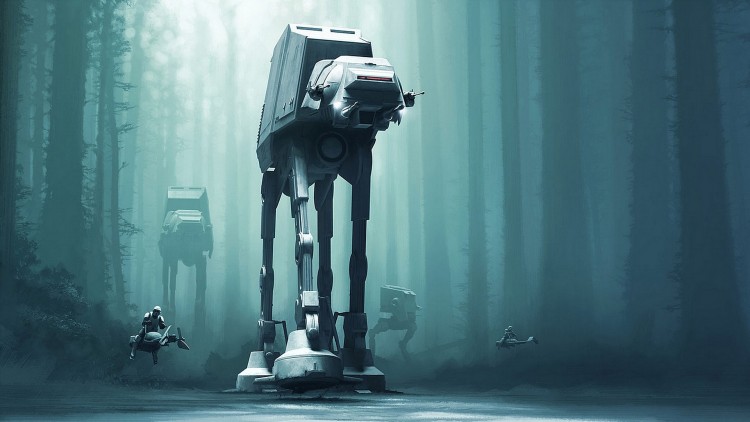 When surveying locations for the construction site of the second Death Star, Endor was decided due to its extremely remote location. No one in the Imperial hierarchy thought their adversaries would expect the new Death Star’s location so far away from their seat of power. However, when the time was right Emperor Palpatine leaked the location to the Rebels, who decided to launch an offensive commanded by Admiral Ackbar, Mon Mothma, and other high ranking military commanders.

Despite it being a trap, the Battle of Endor ended with a Rebel victory. Years after the battle, the New Republic was under threat from Grand Admiral Thrawn’s Imperial Remnant. As part of an investigation, Princess Leia Organa used Endor as a meeting place for a contact. Even though years had passed, the echo of the Emperor’s death could still be felt in orbit.

40 years after the Battle of Yavin, a second Galactic Civil War erupted between the Galactic Alliance (the New Republic’s successor) and Corellia. Luke Skywalker‘s Jedi Order was forced into hiding, which led them to using the abandoned Imperial facilities on Endor as a temporary base.

What does the Expanded Universe tell us about Endor in the new continuity?

In the earliest draft of Return of the Jedi, Endor was actually the moon of the Imperial capitol known as Had Abbadon before being renamed Coruscant. It also had two Death Stars under construction instead of just the one. When Lawrence Kasdan was brought in to do his drafts of the script, however, those elements (along with many others) were quickly streamlined.

At the moment, both the old Expanded Universe and the new canon both share the events of Return of the Jedi. In the Expanded Universe, Endor was only returned to a few times and usually only very briefly. It is, after all, a very out of the way planet in the Star Wars galaxy. We wouldn’t expect to see it again in the new Star Wars episodes, but we wouldn’t rule out the possibility of seeing it in an Anthology film.

While we’re waiting for more post-Return of the Jedi information, check out our previous entry of Canon Catch-Up about snowspeeders.

Aaron Edwards is a Los Angeles based screenwriter and filmmaker. On one faithful night when he was five, he sneaked out of his room and watched Aliens on cable. Soon after, he fell in love with storytelling and has been a big ol' nerd ever since. You can follow him on twitter @aaronmedward
You might also like
Return of the JediStar WarsStar Wars Anthology FilmsMoviesFeatures