Movies
1
previous article
Is Insidious: Chapter 3 a Sequel or a Prequel?
next article
Ep21- We Have 1 Listener [NGP]

So, what’s the deal with Mon Mothma in the current continuity? 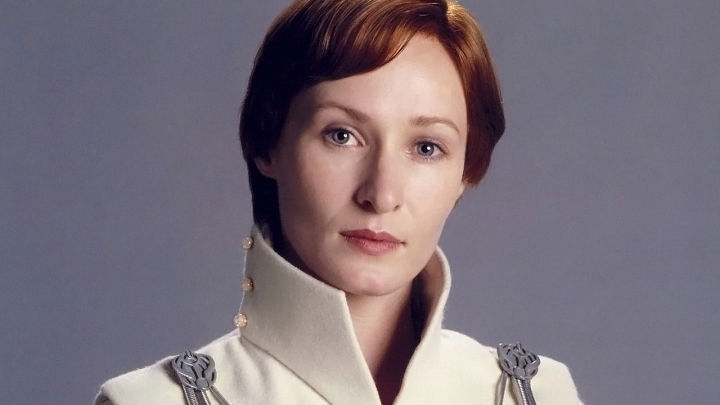 The senator of the planet Chandrila in the Republic Senate, she served alongside such senators as Padme Amidala and Bail Organa during the Clone Wars. She supported efforts to deescalate the conflict, even going so far as to ally with another senator, Onaconda Farr, on a movement to put an end to clone trooper production and instead put energy into diplomatic solutions to the conflict.

Though Farr was murdered for his part in the diplomacy movement, Mothma still opposed the war. She, along with Amidala, reached out to Separatist politicians through back channels. Despite some progress, they were unable to end the war before Supreme Chancellor Palpatine reorganized the Republic into the Galactic Empire.

What about Mon Mothma in the Expanded Universe?

Born to a wealthy family on Chandrila, Mothma was elected to the Republic senator at the age of 19, setting a record for the youngest senator to serve until Leia Organa many years later. A with the current canon, when the Clone Wars broke out she made an effort to use diplomatic channels to bring the hostilities to a close. She signed the Petition of 2000, a formal request for Chancellor Palpatine to reduce his emergency powers, but it was ineffective.

When the Galactic Empire was formed, Mon Mothma openly spoke out against its practices in public while in private began to organize the Rebellion with Bail Organa. Her public outcries led to her attempted arrest by the Imperial Security Bureau (ISB). With the help of Organa, Mon Mothma escaped arrest and became a Rebel leader full time. She also gained the support of Corellian leader Garm Bel Iblis, but she and the other Rebel leaders were under constant threat from the Empire.

After the destruction of Alderaan and the death of Bail Organa, a rift formed between Mothma and Iblis that led to the latter exiting the Rebellion. For the next few years, Mothma was the figurehead of the Rebellion. After the Battle of Endor, Mothma became Chief of State of the New Republic, overseeing the organization through the capture of Coruscant, the Thrawn Crisis, and the creation of Luke Skywalker‘s Jedi Praxeum on Yavin IV. 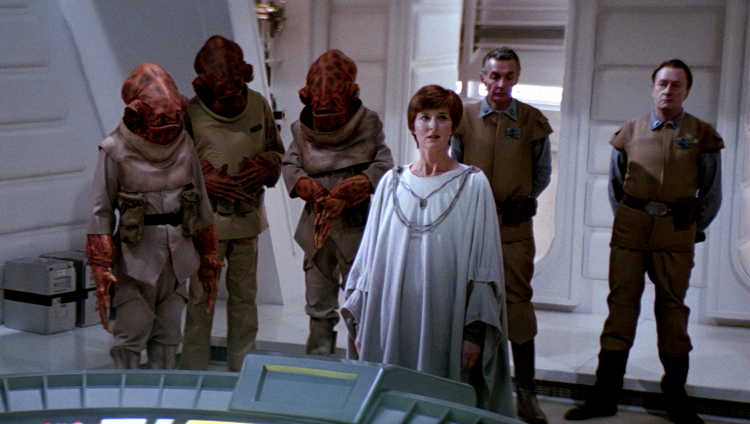 About eight years after the formation of the New Republic, an Ambassador from the Imperial affiliated world Cardia poisoned Mothma. She nearly died, but a Jedi in training named Cilghal healed her. Unfortunately, Mothma never truly recovered from the poison and decided her time in office was over. She left her position as Chief of Staff in the hands of Leia Organa Solo.

It seems that Mothma’s life in the EU very closely resembles her life in the current canon, especially before Return of the Jedi. There’s a certain linear and logical progression from her time as a senator to leader of the Rebellion that’s hard to ignore in both timelines. Therefore, some of the details may be different in upcoming canon stories, but the progression of the character and her role in the Rebellion will most likely be the same.

As for post-Return of the Jedi stories, it seems very likely that Mothma stayed on as a Rebel leader after the Battle of Endor. It also makes sense for her to be the first leader of the New Republic. Eventually, she must have stepped down for any number of reasons in the 30 years between Return of the Jedi and The Force Awakens. There may have been successors we don’t know about, but like the Expanded Universe Leia must have eventually taken over as acting head of whatever organization came from the Rebellion.

While we’re waiting for more post-Return of the Jedi information, check out our previous entry of Canon Catch-Up about Yavin IV.

Aaron Edwards is a Los Angeles based screenwriter and filmmaker. On one faithful night when he was five, he sneaked out of his room and watched Aliens on cable. Soon after, he fell in love with storytelling and has been a big ol' nerd ever since. You can follow him on twitter @aaronmedward
You might also like
Return of the JediStar WarsStar Wars: The Force AwakensMoviesFeatures