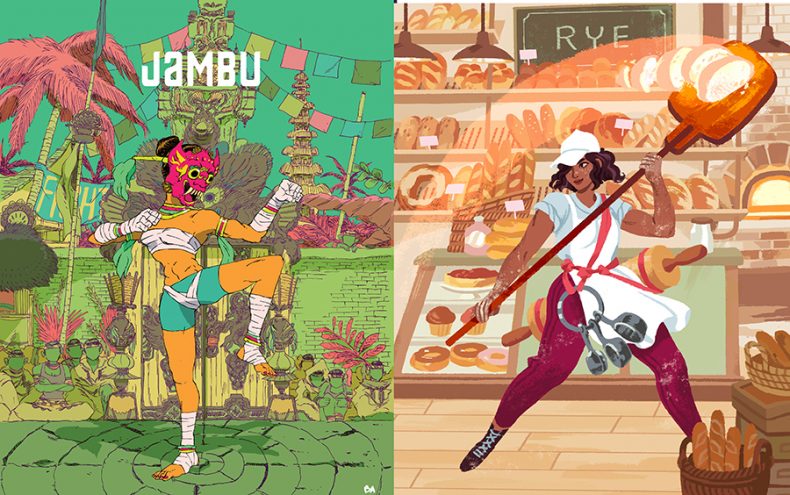 Art zine Fight! features a cast of originally designed female fighting-game characters, submitted by a host of talented illustrators. We spoke with creator Jenn Woodall about fighting games, badass femmes, and being a DIY success.
Could you introduce yourself and your past works for us? What inspires you, what sort of statements have you wanted your projects to make? My name is Jenn Woodall and I’m an illustrator and designer from Toronto. In the past I’ve worked on Moon Power, a Sailor Moon art and comics fanzine, and I edited the first Friendship Edition Anthology book (a book featuring the artwork of the Friendship Edition Collective, of which I am a part of.) I also publish a comic called, Magical Beatdown, which is about an average high school student who transforms into a cursing, ultra violent magical girl. FIGHT! is my newest zine project which has been in development since 2013. 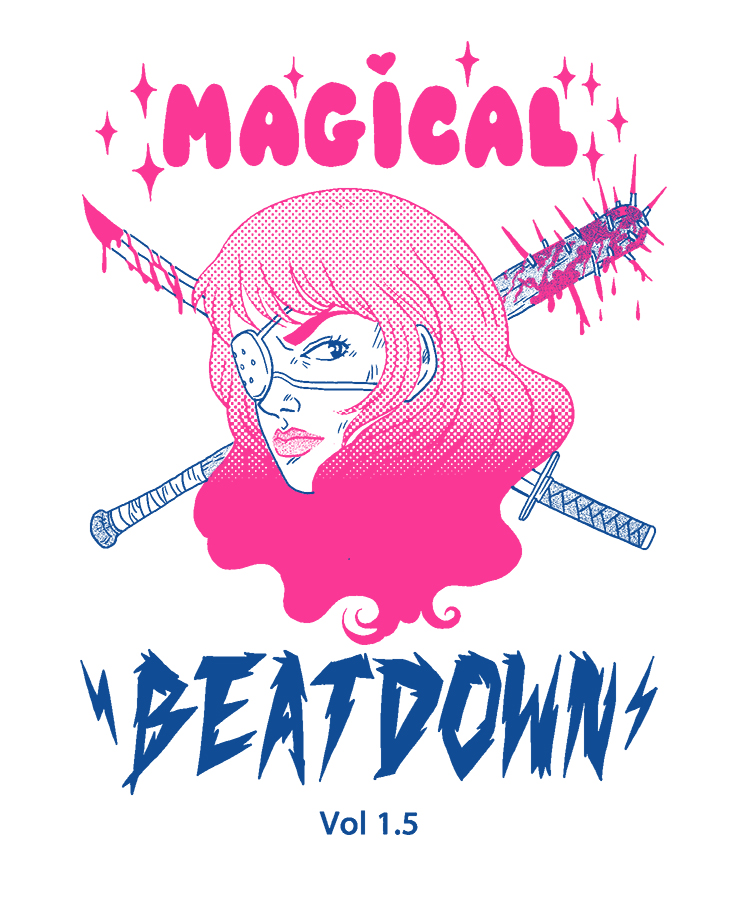 I’m really inspired by great stories about women. I grew up on Sailor Moon and Ghibli films, so that’s always been a big influence of mine. Each one of my projects has a specific statement in mind, but overall I just want to make things that centre on female characters. That’s what I want to see more of in the world, so I just try to contribute to the growth of that. I think a majority of my work slants towards showcasing tough, aggressive and loud female characters, which are my personal favourites.

Can you tell us what the FIGHT! zine is all about? What kind of reading experience should we expect? FIGHT! is a zine project which invites artists to create an original female fighting game character. Each artist is given an orientation to draw their character towards, either right or left. Each of the images are then faced towards each other across the page spreads of the book. This mimics the appearance of a versus match in a fighting game. The book is much more of an art book rather than a book to be read, although the back of the book will feature an index with a bio of each of the fighters in the book. 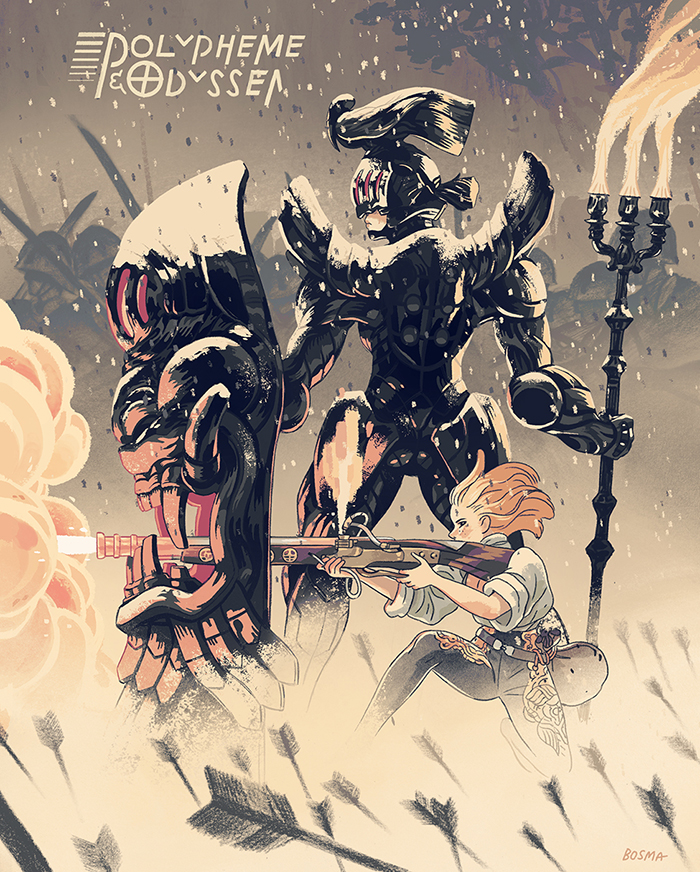 Could you elaborate on your decision to use only female game characters? I’ve always really loved series and games featuring great female characters. Growing up, I think you just crave to see yourself represented in some way in the media you enjoy. So naturally, when I got the idea for the project, that was the direction I took it in. I also think it’s really important to see powerful women represented across media, so that was definitely a key part of my decision.
Do you have a personal favorite in terms of fighting-game characters? Some of my favourite characters are Chun-Li, Hsien-Ko, Morrigan, Cammy, Ellis, Talim, Voldo, Scorpion, Tron Bonne, BB Hood, Ruby Heart and Sakura. I think a character can be memorable for so many reasons. Some characters have an incredible design that you love whereas others have a really great backstory that pulls you in. And of course, the fighting style of a character is an important aspect to who you select to play as. I usually pick characters who are quite fast and agile. I think Hsien-Ko from Darkstalkers is a great example of a character who is successful in all these ways – a visually interesting and memorable character with a great backstory and a killer set of weapons and moves.
I understand that you initially extended the invitation to your artists—did you have your eye on any names in particular from the outset? What kind of directions/themes/instructions (for lack of a better word) did you give your artists? I approached artists who I already worked with on previous projects and artists whose work I followed online. I didn’t really have a particular roster of names from the get go, I just kind of built the list of artists as I went along. And some people had to drop out of the project due to work obligations and life, so the list has changed quite a few times over the past year or so.

I didn’t give the artists any particular themes to work with. I told them what the project was and what games I was thinking of in terms of inspiration for world and character building, and everyone went and did their own thing. I wanted to have as diverse a collection of characters as possible.

The artists have all been really helpful with making suggestions to create a better book. One of the contributors suggested building a template with a horizon line so that all the pieces would match up. That definitely saved a lot of heartache down the road! I also asked the artists to include the name of their fighter and to send me a backstory on their character for the zine. 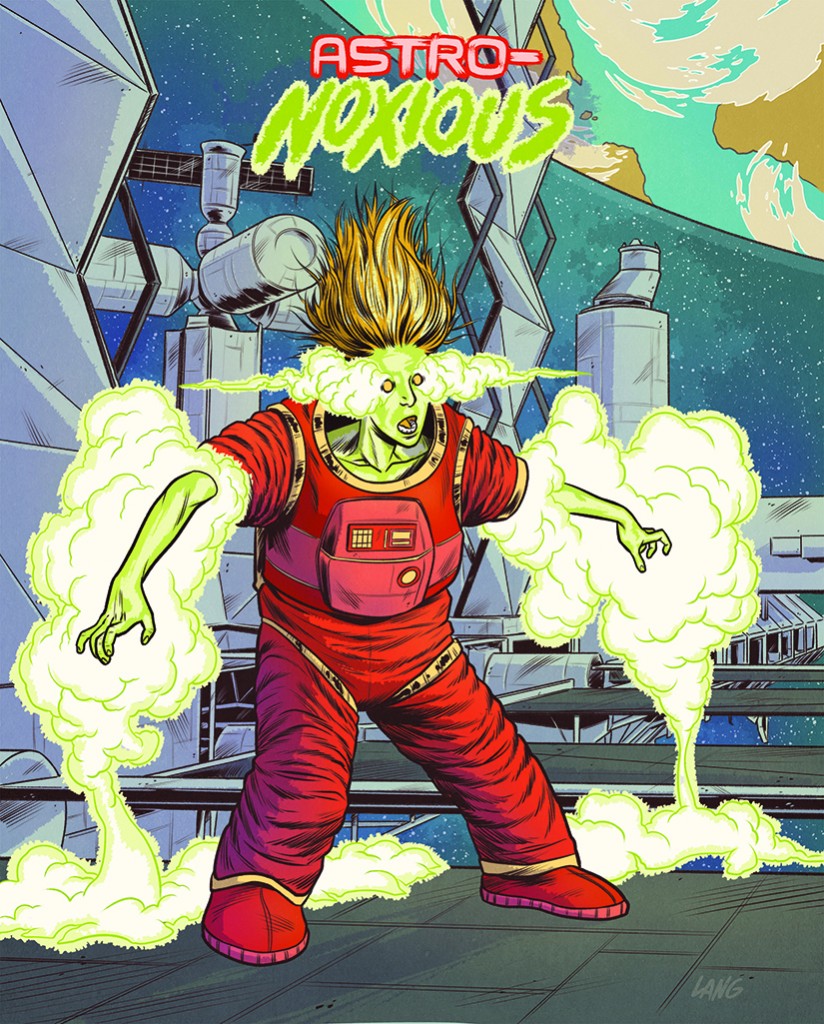 Will you be contributing to the zine as well? Yes, I am also contributing a character to the zine! My character artwork took a backseat to organizing and laying out the book itself, not to mention getting the campaign up and running. I have an idea for a priestess who is able to control spirits and the dead during battle. But I’m still working away at it whenever I have a spare moment.

I understand that the zine will run for three volumes—will we be seeing some characters return, or were you looking for all-new characters for each installment?

Hmm, I actually never thought about having characters return. My initial idea was to have new characters every volume, but I have had some artists express interest in being able to do the next volume as well! The project was originally supposed to have new fighters each volume and all new artists. But who knows, maybe we’ll have some fighters return in their ‘ultimate form’!

Judging from your past projects, it seems you’ve been in the zine/independent publishing business for a while now—do you have any advice for artists looking to take a similar route?

I’ve been printing my own comics and projects since 2013 or so. Everything I learned was through asking others and just trial and error. My best advice is to reach out to others who can provide you with their personal knowledge and information. Lots of artists will have recommendations for printers for different projects. I’ve also found it helpful to take apart small books to understand how formatting works. You can learn so much by doing a small book project by yourself with a photocopier.

You can catch Jenn at the Toronto Comic Arts Festival, and be sure to contribute to the Kickstarter! 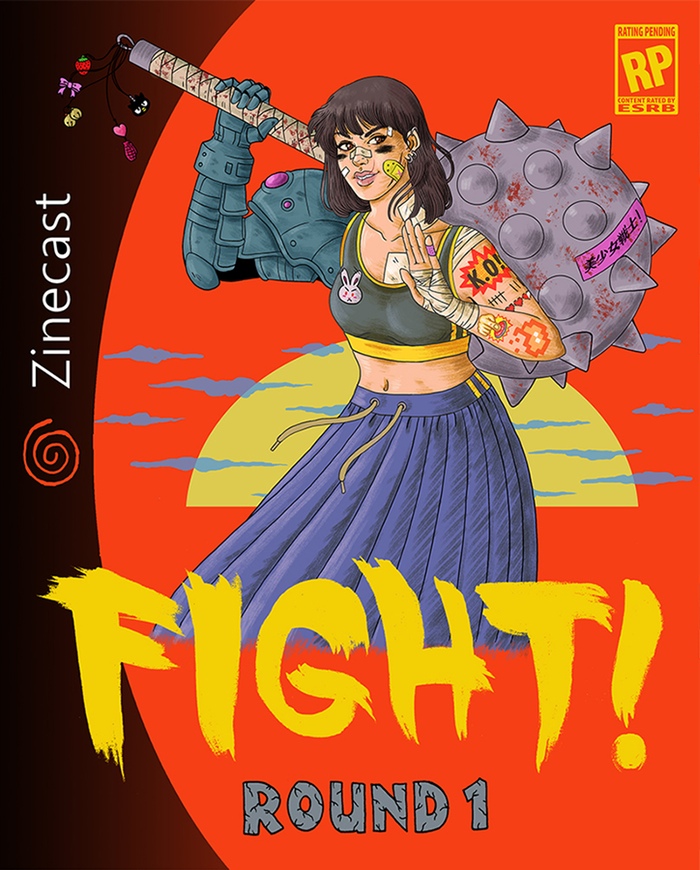 Our Favorite Photos from the iam8bit 10th Anniversary Gallery

by Andrew Tran on June 19, 2015
Yesterday, gaming-themed art gallery and production company iam8bit celebrated 10 years of operation with a breathtaking gallery of artwork reimagining and paying homage to the undying classics.

by Andrew Tran on June 10, 2015
One of LA’s most renowned, geek-centric art galleries will celebrate 10 years of brilliance, on June 18th in Los Angeles. The night will see a gallery opening, featuring world-renowned artists as they celebrate their unbridled love of gaming.

Mind-Bending Comic Collages: Do You Know the Samplerman?