0
previous article
The OFFICIAL Deadpool Test Footage Now Available! Yes, It's Worth Rewatching in HD
next article
The Only Rule of 'Fight Club 2' Is… Let’s Talk About It!

Man Takes Shrooms At Comic-Con: Here Are His Revelations

I’ve never been to Comic-Con. That being said, I know enough about Comic-Con to never take shrooms in a maelstrom of costumes, coordinated lines, security, and sweaty hystericals.

Every poster is a portal into an unthinkable parallel dimension; every panel looks like the Spanish Inquisition; every signing table is a Nazi registration booth and where are your papers?? Good heavens, where have you left your papers??? And that’s precisely the hell this guy imposed upon himself.

The intrepid psychonaut in question is Anwar Newton, a man composed of nothing but internet memes and pop culture, judging from his Facebook. Stuck in your typical Comic-Con mob, do you think you could pick out, from amongst the costumes and sweat-stains and tears of geek-joy, the one guy tripping balls? In this case, yes: in his own words from the Reddit thread–“I was the 6 foot 3 black guy with a high top fade wearing a Chibi Batman shirt.”

Glorious. Newton not only had the scientific curiosity to test his own psychological boundaries under the most trying of circumstances, he had the inhuman generosity to post up the texts he wrote to his girlfriend throughout. If these texts were released on the same day Amelia Earhardt’s lost memoirs of her alien abduction were found . . . well, you know what I’m clicking on first. 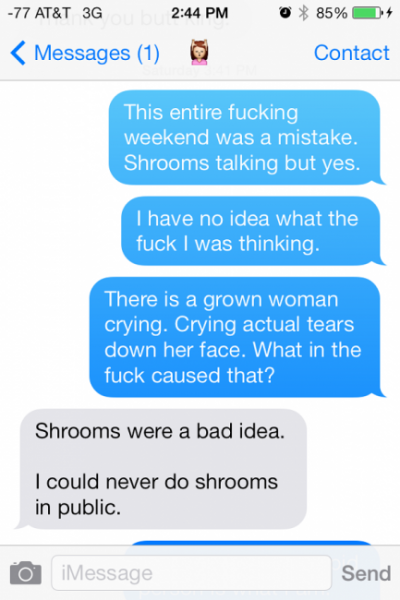 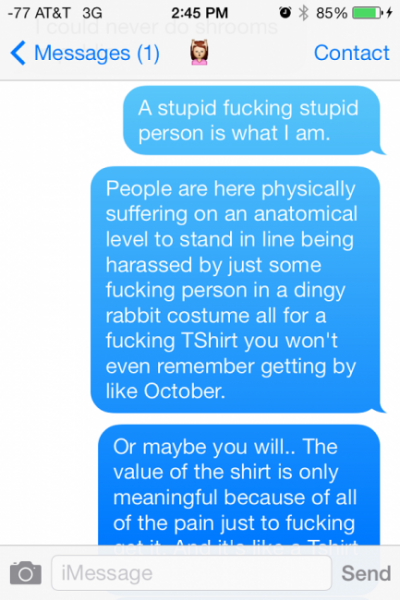 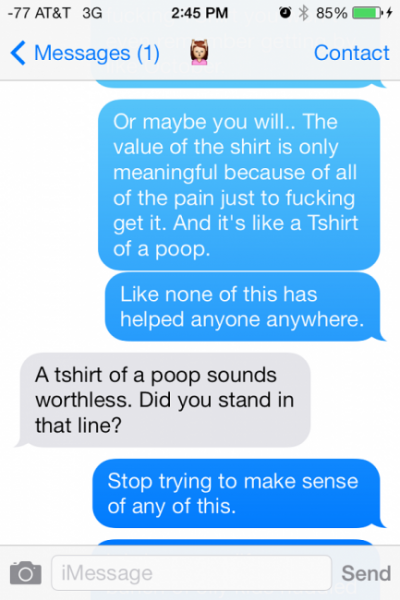 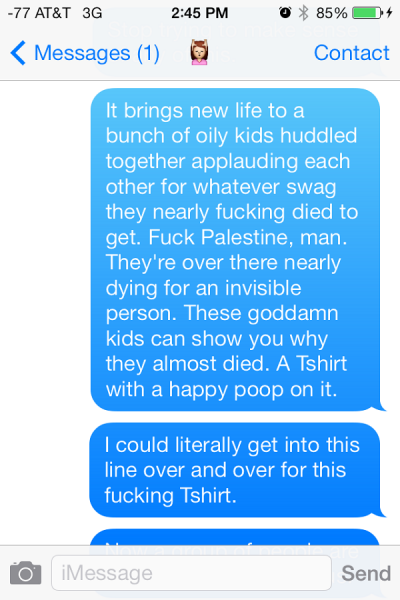 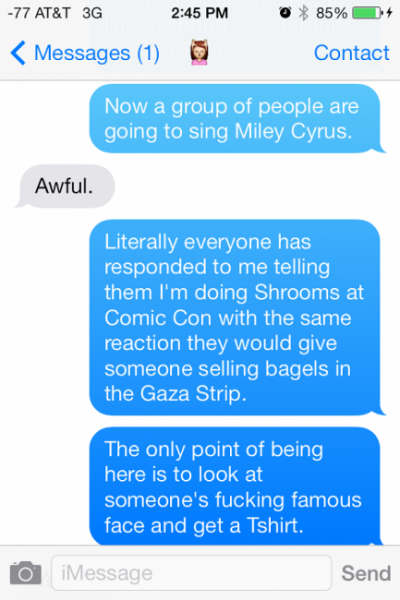 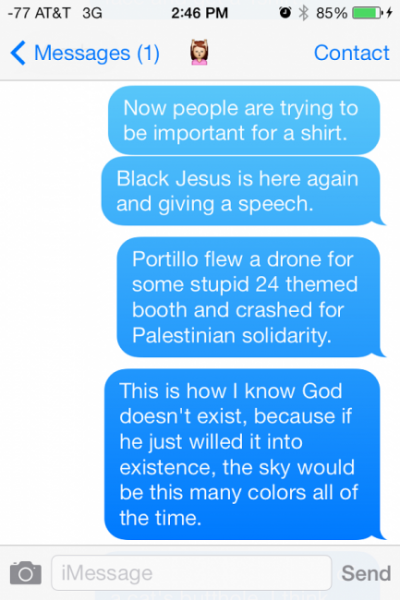 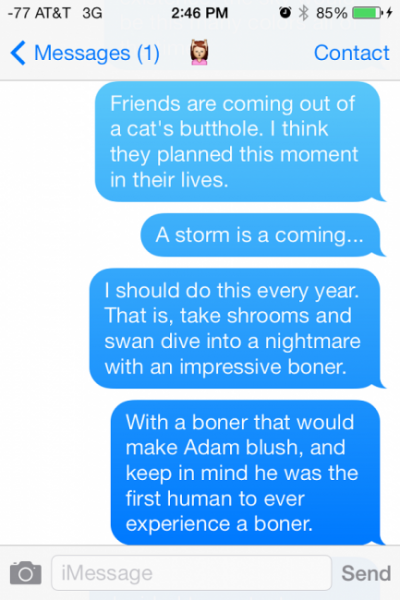 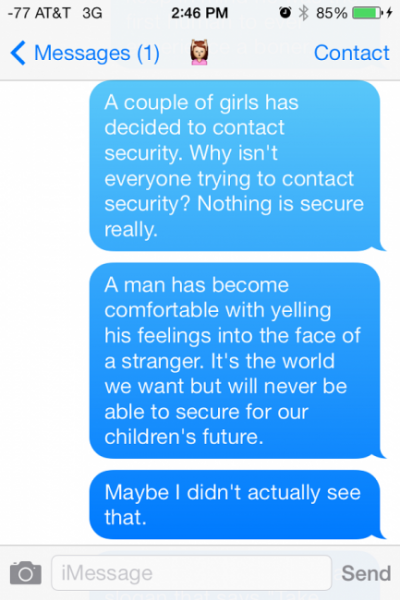 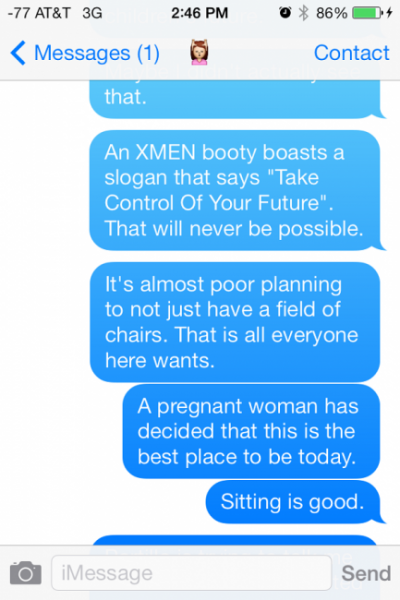 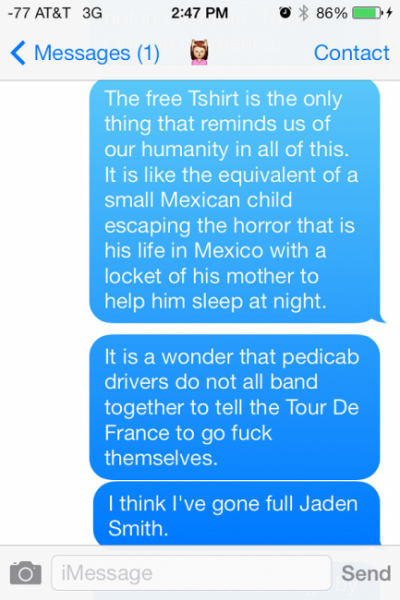 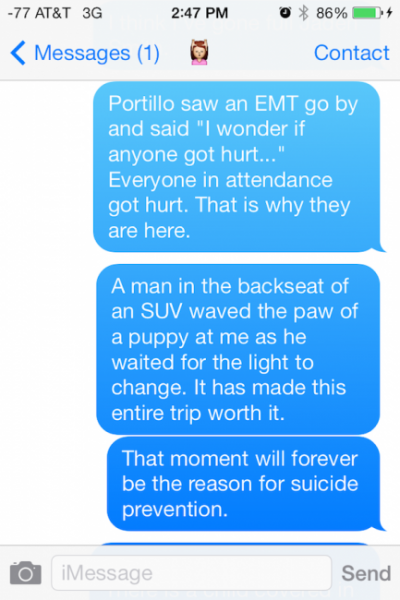 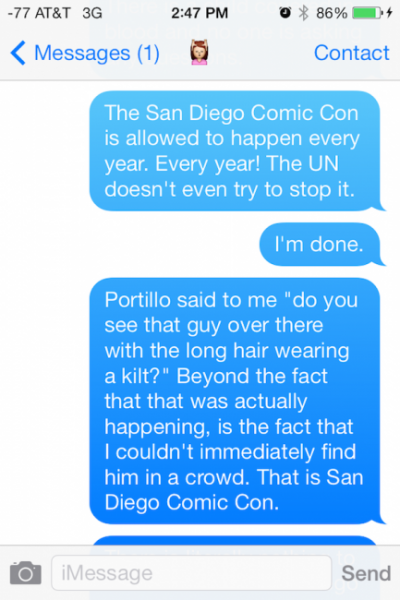