Yeah. She can fly.

Daredevil was arguably the best thing to come out of the Marvel cinematic universe.  It had great characters, down to earth stories full of grit, and action that made you feel every punch and cut. While we’re eagerly anticipating the second season featuring the Punisher, we have the equality exciting Jessica Jones a mere month away.

Well, Marvel knows the excitement is building. So, they sent us a new trailer to send that hype into the stratosphere.

Jessica’s private detective agency is definitely going to be a factor in the show. However, we’re wondering how that ties in with the main story of Jessica vs. Killgrave. Will she have a different case each week, with the Killgrave plotline building in the background? Or will she get one big case in the pilot that is pieced together throughout the season like Daredevil? We’re willing to bet it’s the second.

They’re definitely keeping her relationship with Luke central to the story. In fact, he very much seems like the way the writers are introducing us to Jessica’s world. They also seem to be keeping a rather infamous and very dark scene between them from the comics: 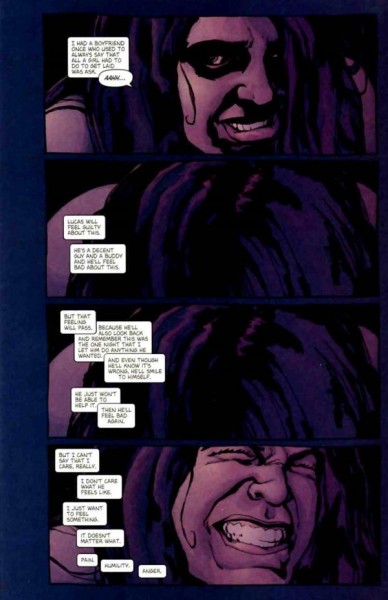 Jessica’s is very clearly shown to be able to fly like her character in the comics, but we’re wondering how much that’s changed. She seems like she’s taking more of a leap… though that seems to be common physical tick when actors pretend to fly. So, it’s a little up in the air at this point (heh) so we’ll have to wait to see the extent of her vertical mobility once the series hits. As for her strength, the constraints of the are shown very clearly in the trailer. 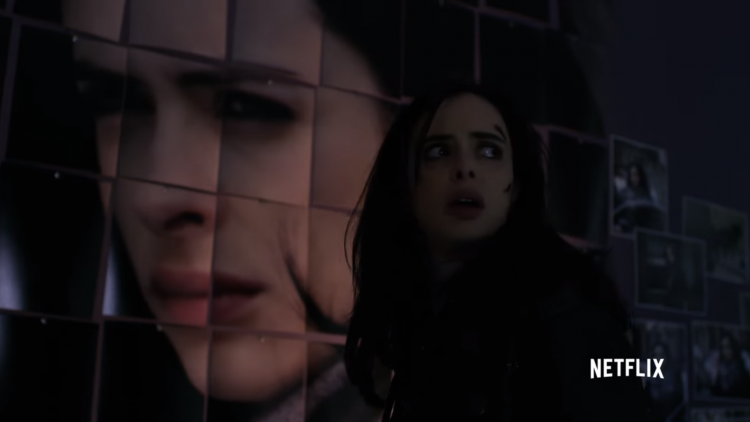 Killgrave looks like a very creepy, foreboding presence in the show. They seem to be setting the season after he violates Jessica’s mind, which means she’ll essentially be a rape victim confronting the man who violated her before he can ruin any more lives. It’s a set up that really allows for some very dark character exploration.

Killgrave himself seems to be played like the shark from Jaws: he’ll always have a presence in every scene just beneath the surface. We’re really looking forward to David Tennant’s performance… even if it sounds like he’s using his Doctor Who accent to ruin the lives of others.

The most interesting thing about their dynamic is that Jessica Jones’ powers are physical in nature, while Killgrave is all about mind games. As a result, Jessica will have to find strength from within to defeat her enemy which makes for very compelling drama.

Overall, it’s a strong trailer and Kristen Ritter’s performance is shining more and more each time we see her. The reviews of the pilot that screened at New York Comic Con have been glowing, so we’re confident we’re going to get a show worthy of the source material.

Aaron Edwards is a Los Angeles based screenwriter and filmmaker. On one faithful night when he was five, he sneaked out of his room and watched Aliens on cable. Soon after, he fell in love with storytelling and has been a big ol' nerd ever since. You can follow him on twitter @aaronmedward
You might also like
Jessica JonesMarvelMarvel Cinematic UniverseTVTV News

by Ryan Matsunaga on February 20, 2018
On this page, we’ll be counting down to the premiere of Jessica Jones‘ second season, keeping track of all of the new trailers, announcements, and news.