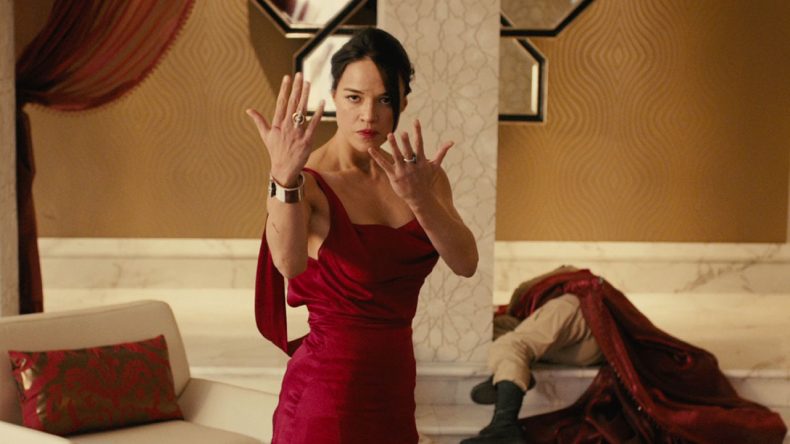 Ahead of Furious 7‘s Blu-ray release next week, two deleted scenes have made their way online.

Yes and no. The first sets up more of what Letty was up to during Furious 7. If you’ll remember, she sort of disappears for a while, going off in search of her missing memories. This journey apparently took her to the clinic in Mexico where she was treated after her apparent “death” in the fourth film.

This deleted scene is actually a pretty essential piece of the puzzle, as it finally explains how Letty survived. Plus, it features the return of a great character in what will likely be her last series appearance.

The second deleted scene though, not quite as important. It’s basically a small moment between Dom and the hacker Ramsey. Nothing particularly revealing here, but in a fun bit of trivia, this scene was apparently a big part of Nathalie Emmanuel’s audition for the role.

So nothing sequel related?

Not yet, but if you’re feeling really impatient, we did some speculating on possible directions for Furious 8 here.

Furious 7: Which Shots of Paul Walker Were CGI?

by Aaron Edwards on October 21, 2015
The answers may surprise you.

by Aaron Edwards on April 29, 2015
Opening weekends and overall movie grosses are the horse races of the geek world. We may not necessarily bet on them, but we’re all looking to see who wins and we all have our favorites in the running. The first box office juggernaut of the year was [...]

Furious 7 Fastest to Gross $1 Billion, How Awesome Is That?