Movies
1
previous article
Want One of Those Sweet Tomorrowland Pins? Just See the Movie at a Regal
next article
Wayward Pines Analysis: Where Paradise Is What?

Boba Fett is a ‘High-Priority’ for Future Star Wars Movies 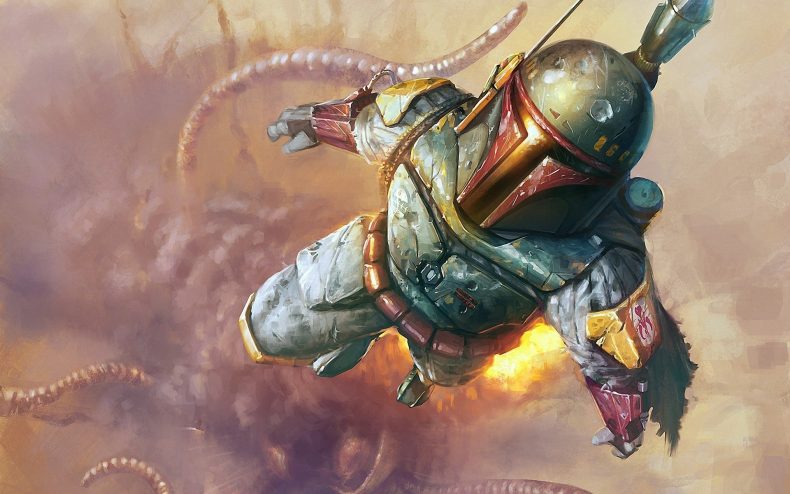 The Boba Fett fever keeps on raging. We have tons of rumors already out there, but now we have another little piece of info that might hint at wheels turning behind the scenes at Lucasfilm for everyone’s favorite intergalactic bounty hunter.

Two weeks ago, Lucasfilm president Kathleen Kennedy and Force Awakens lead actress Daisy Ridley visited Japan and conducted interviews. One of the questions happened to touch on a certain Mandalorian…

Well, what was said?

Here’s the question and answer between the interviewer from Kotaku Japan and Kathleen Kennedy:

Question: “In yesterday’s kick-off meeting, you joked that Jar-Jar does not come back. On that note, will Boba Fett come back? Also, is there a possibility of Ewok re-appearance?”

Kennedy: “Don’t worry: Boba Fett is a high priority among our list, please wait. But seeing how the Ewoks could return is a little harder to imagine. It is quite difficult to give the many stars of Star Wars their own stories on film.”

What does Kennedy’s quote tell us?

Honestly? Not much other than what we already knew. Boba Fett is a very popular character and Lucasfilm knows it. He’s still being used in many Star Wars stories, so it makes sense they want to find a way to put out a central product that capitalizes on that popularity, but it will take time to get it right.

Honestly, the biggest news of the quote was probably the confirmation that Ewoks and Jar-Jar Binks will probably never show up again. Kennedy said it diplomatically, but behind the tempered answer you can see they have no desire to bring those little guys back.

Aaron Edwards is a Los Angeles based screenwriter and filmmaker. On one faithful night when he was five, he sneaked out of his room and watched Aliens on cable. Soon after, he fell in love with storytelling and has been a big ol' nerd ever since. You can follow him on twitter @aaronmedward
You might also like
Boba FettStar WarsStar Wars Anthology FilmsMoviesMovie News

by Aaron Edwards on June 3, 2015
It’s been a rumor for a long time that the second Star Wars Anthology movie would star Boba Fett. Even if that wasn’t the case, Lucasfilm President Kathleen Kennedy has expressed interest in getting the popular bounty hunter back on the silver [...]

by Aaron Edwards on May 8, 2015
Well, the Star Wars rumor mill just keeps on turning. For a while now, people have been wondering who veteran actor Max von Sydow will be playing but no one’s had a concrete answer. The biggest rumor has simply been that he’s someone [...]

Is The Second Star Wars Spin Off A Boba Fett Film?