Immersive
1
previous article
This Year's Comic-Con Bags Will be Brought to You by Warner Bros. TV
next article
What is Legendary Bringing to Comic-Con 2015?

Is Disneyland Planning a Big Marvel and Star Wars Makeover for Innoventions? 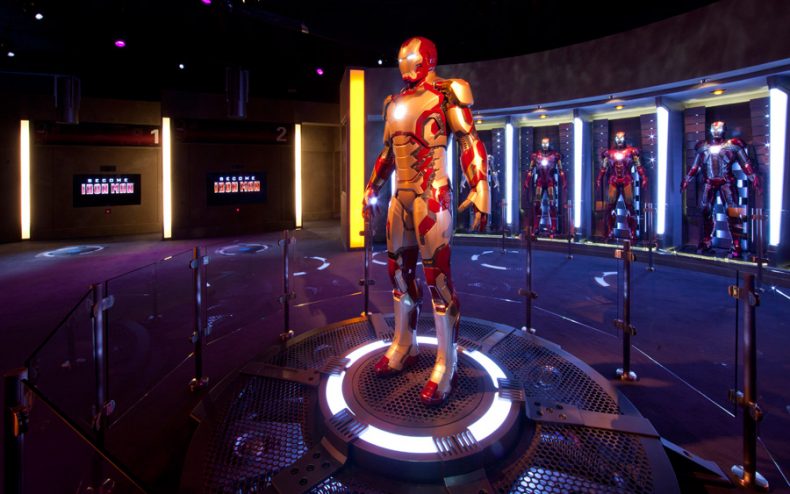 Disneyland’s Innoventions area in Tomorrowland closed earlier this year without a lot of explanation. It hasn’t been a particularly popular attraction in quite some time, but it’s still weird to see such a huge section of the park go unused.

Given how little space the Anaheim parks have to work with, it’s unlikely that Disney closed the attraction, without a plan for the future. According to a new rumor, that plan just might include its two biggest movie universes…

What will replace Innoventions?

According to MousePlanet, reports are circulating that Disney plans on re-opening Innoventions with the same sort of “interactive exhibit” focus as before, but this time with a Marvel/Star Wars theme.

Reportedly, the current timeline is to re-open in November, with an upper level full of Marvel exhibits, and a lower level dedicated to Star Wars. Both floors will include stuff like displays, interactive activities, and meet-and-greets with costumed characters.

How likely is this rumor?

This idea seems pretty realistic given that Disney has already begun integrating Marvel characters into the California parks. Iron Man and Thor have both appeared for character meet-and-greets in Tomorrowland, and Innoventions itself has played host to a few Marvel Cinematic Universe exhibits. A 4D preview for Ant-Man is also currently playing in the California Adventure Park.

As for Star Wars, obviously Star Tours has been a big part of the park for many years now, and with The Force Awakens on the horizon, it’s not crazy to think that Disney would dedicate a big chunk of Tomorrowland to that universe. The theater next door, currently showing a Tomorrowland preview, seems like a safe bet to get something Star Wars related as well.

That being said, don’t book your vacations just yet. Disney hasn’t officially announced anything, so take this report with a grain of salt.

If it is true though, when might we see an announcement?

D23 Expo in August seems as likely a venue as any.