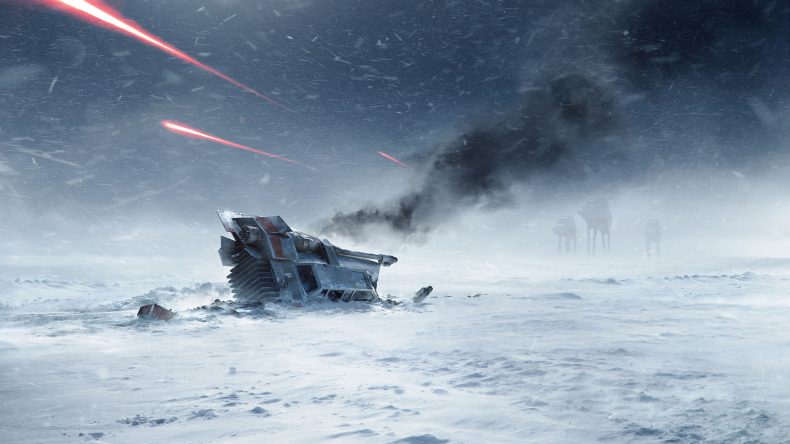 EA may have just given every Star Wars fan a couple more reason to pre-order Battlefront. Fan site (and generally accurate source of rumorings) Making Star Wars has posted a ton of leaked info about the game, including details on how it will tie into the upcoming movie. We can only assume many Bothans died to bring us this information.

The biggest bit of new info has to do with the game’s singleplayer mode, which unlike DICE’s recent Battlefield games, sounds pretty in-depth. It will reportedly span the entire Star Wars saga, including bits where you’ll play as both the Republic and the Separatists during the Clone Wars, as well both the Rebels and the Empire in the original trilogy era.

Don’t worry, most of the campaign will apparently take place during the original trilogy time period, with all of the major battles you would expect to be playable.

Additionally, and much more exciting, is the fact that the end-portions of the game will tie into The Force Awakens in a big way…

Oh alright. According to the report (and just to stave off any future disappointment, keep in mind this is still unconfirmed), the last section of the campaign will take place between Return of the Jedi and Episode VII. Specifically, it will be set before and during the opening segments of the film.

Additionally, these sections will have you playing as actual characters who appear in the movie, turning the game into an official lead-in of sorts to the new era.

How much Force Awakens stuff can we expect?

Before you get too excited, there won’t be a crazy amount of Episode VII stuff in Battlefront, as the game is expected to be released at least a month before the movie comes out. That being said, EA/DICE was apparently given access to Pinewood Studios so that they could recreate the actual props and sets being used in the film.

Exciting stuff, any updates on the multiplayer?

Unsurprisingly, Battlefront‘s multiplayer is going to be extremely ambitious. Matches will feature up to 64 players, with space to land battles available in certain game modes.

Additionally, it sounds like the “hero” system is making a return from Battlefront II. This will allow players to step into the shoes of characters from the movies after accumulating enough points during a match. While the system’s details are still being tweaked, apparently you can expect to be able to play as a hero at least once per match.

Lastly, EA plans to really push the DLC with this game, which shouldn’t be very shocking to anyone who’s picked up a Battlefield in the last few years. The game will receive at least five DLC installments, with the first one launching before the end of 2015.

Each of these packs will be themed, with a few of them featuring Force Awakens content, such as characters and vehicles from the movie.

I don’t want to, but I will probably end up buying all of them.

I know how you feel.

by Jeff Rush on October 2, 2015
A Battlefront beta has been officially announced. We’ll be keeping this page updated with everything we know about it.

by Aaron Edwards on August 5, 2015
Star Wars: Battlefront is shaping up to be a fun first person shooter in the vein of DICE’s previous Battlefield games. Many, however, were understandably disappointed that the game will not feature any space battles. After all, ship to ship [...]