Gaming
0
previous article
More Realistic Pokemon to Keep You Up at Night
next article
'Daredevil' Episode Recap S1E3: 'Rabbit In A Snowstorm'

Mortal Kombat X is Here: What You Need to Know 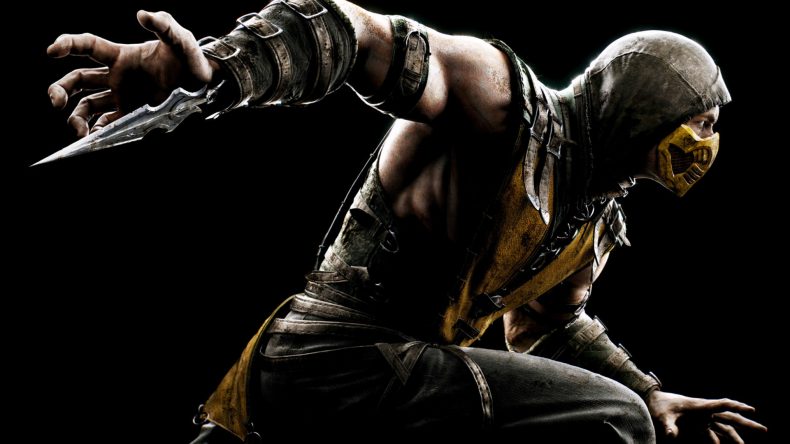 It’s the controversial game that revolutionized the gaming industries with its blood, gore, intense combat, and their grand trademark of finishing off enemies with ultra-violent measures. Not to mention popularizing the infamous ‘F’ word that no game has ever capitalized on in the same fashion: Fatality. 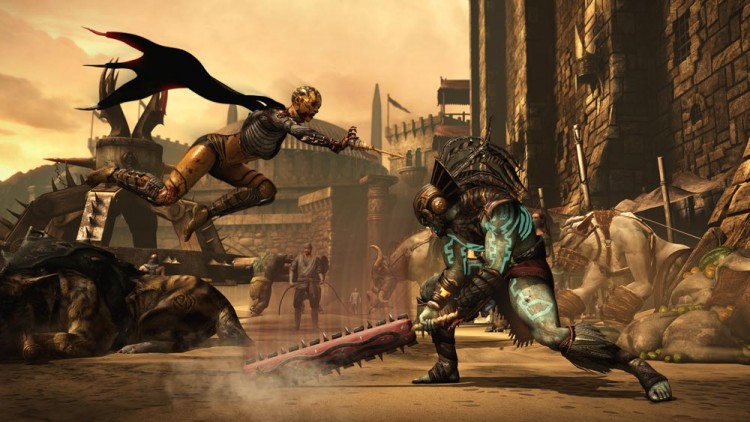 Marking the tenth edition to the famous series, Netherrealm Studios Mortal Kombat X continues the bloody fighting games that opened the violent possibilities of finishing your enemies and unique characters to a literal fight to the death. With time ticking away before the final release date, here is what you need to know about Mortal Kombat X:

What is this game about?

Following the traditional style and story of the original series, Mortal Kombat X takes place 25 years after the event of the previous game, incorporating returning and new fighters into the arena. However, their fights are now aimed at Shinnock, an ancient, yet disgraced, elder god who escaped his imprisonment after invading Earth. Now free from manipulating Earth’s previous leader Shao Kahn, Shinnock has resurrected past Earthrealm warriors to fight for his evil intentions to once again take the world by force. 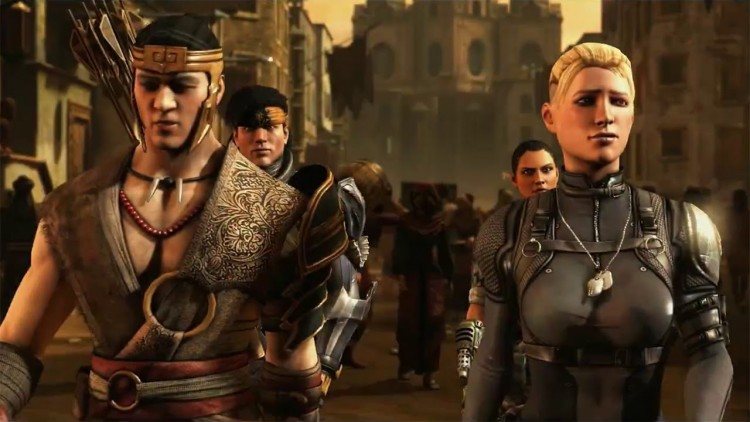 Still, Earth’s previous combatants, including Johnny Cage, Sonya Blade, and Kenshi intend to stop Shinnock’s attempts to rule to world once more by opening a portal to another elder god’s temple, Raiden. Once there, they will fight to the death through various enemies, all with different intentions for the fate of the Earth. Players should beware, though, as familiar faces once thought to have been dead, will appear not on their side, but on the other side of the ring to fight against them.

What features can I expect?

Both new and traditional features, specifically with gameplay features and game modes to experience. Like the arcade versions, players can choose their own character and enter a tournament-style game with a general new twist. 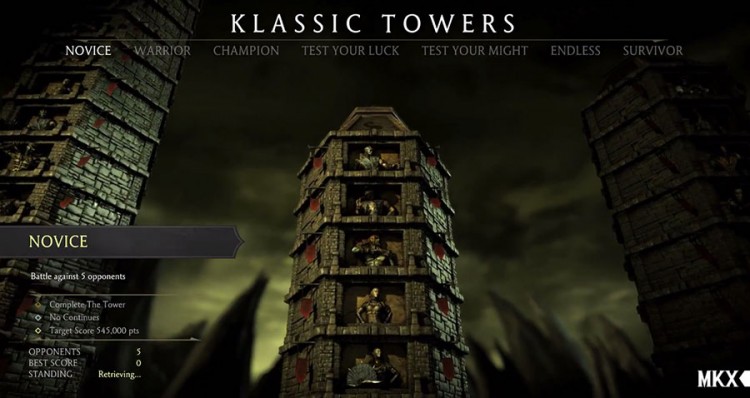 ‘Living Towers’ allows the players to fight with ‘modded’ versions of the game with altered rules, including battling in the dark mid-match to low gravity stunts within the arena. On top of that, the challenges will update regularly, switching from either a daily or weekly challenge from whatever content is available.

Introduced in the last game, characters will also be given an ‘energy’ meter, which will become charged through their fighting sessions. Once filled and utilized, the game shall switch to a cinematic mode where one combatant will use special moves to pulverize their opponent in gruesome fashion. 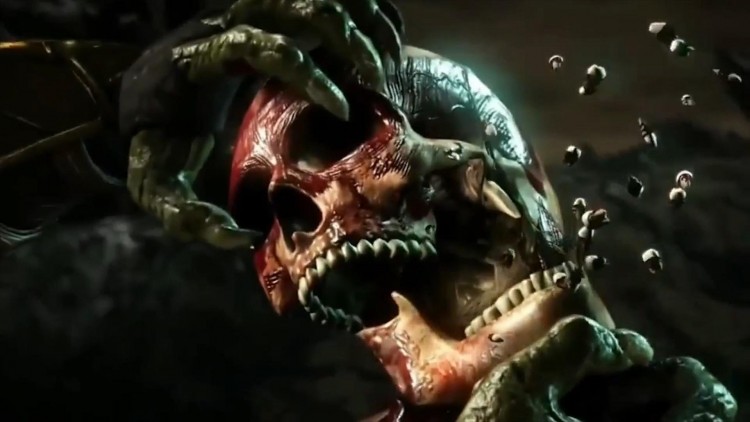 How bad does it get, exactly? In this sample video, your camera will zoom in on an enemy’s body with an x-ray perspective, allowing players to see exploding rib cages, shattering skulls, blades piercing into torsos and limbs galore, and so much more. While your opponent may live through these gruesome actions, the attack on their ego and health bar puts your character at a severe advantage.

Perhaps one of the most hilarious features of the game (which says plenty from the flamboyant violence in their fatality sequences) is the punishment for rage quitting. While many may find their opponent becoming so frustrated in their loss in online content, the Netherrealm Studios decided to add a new feature to make the defeat sweeter. Once a player quits the game, their character’s head will explode in gruesome detail before the round closes with the red word, ‘Quitality’ displayed upon the screen. 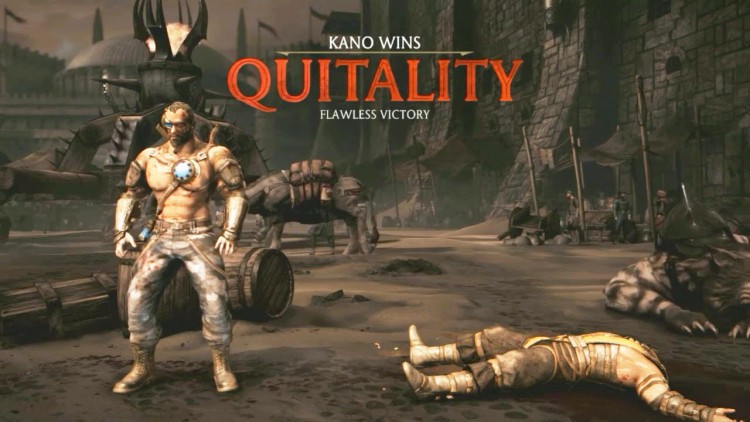 Anything else I should know before buying?

Be sure to check out Overmental’s article on Mortal Kombat X’s move into Esports today! While many games have been played competitively on the will from devoted players, Netherrealm Studios has given their blessing to see that their newly released game with a special tournament. While I’m not going to give away any special details of who won, this is an important move for video games everywhere, as the question as to whether or not video games can or cannot be considered as sports or live entertainment begins to slowly enter into larger audiences worldwide. 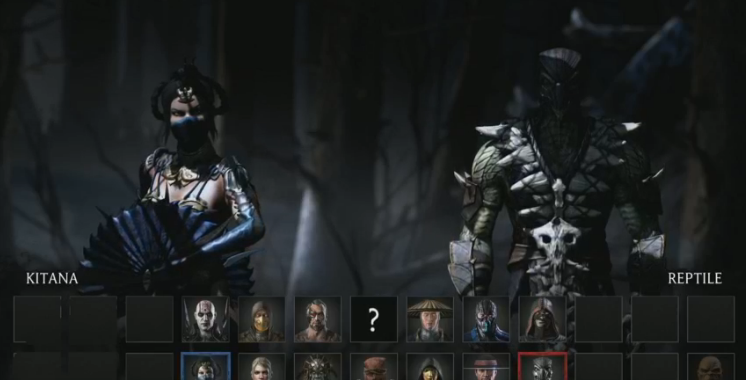 When will the game be released?

There is plenty of information that I have not mentioned, including characters, additional game modes, and, of course, the incredible detail on character’s fatalities. But, I don’t want to give all the surprises and fun away for those who want to feel excitement as intense as this. New and returning players can expect to play Mortal Kombat X as early as April 14, 2015 for PC, XboxOne, and PlayStation 4 consoles. If you want to see a further details if you’re on the fence for buying the games, be sure to check out the final trailer below!

Watch This Two Minute Battle Between Jason Voorhees and Scorpion

by Overmind on June 5, 2015
Lately, it seems like we’ve been getting a lot of weird mashups like the fight between a Predator and Templar Knights. It’s good to know these questions are being answered, but there is one I’ve casually contemplated. Who would win in a [...]

Mortal Kombat X: How to Play as Rain, Baraka, and Other NPC-Only Characters

by Aidan Crossley on April 17, 2015
With Mortal Kombat X just recently having been released, it’s amazing to see what some have already been able to get creative with. One such person, a modder by the name of XVermillion on YouTube, has made characters playable that were once [...]

Behold the Glory of Every Fatality in Mortal Kombat X