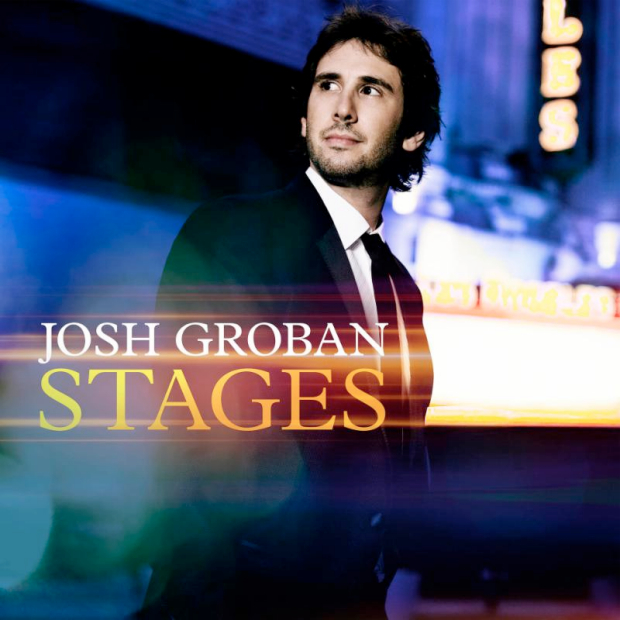 Happy Monday music maniacs! LIke new stuff? Great! You’ve come to the right place. Each week all sorts of audiolicious goodies are unleashed onto the masses and this is where they come to be judged. I’ll tell ya what’s good, what’s bad, and what’s a waste of your time. Thanks for stopping by!

The Big News!
The Newsday review of the new Josh Groban record, which will probably sell a zillion copies, starts off with this hot take: “If Josh Groban were a baseball player, he would be a home-run hitter. When he approaches a song, he swings for the fences almost every time with his booming, operatic voice.” It’s a record of Broadway covers, and I think there are some special guests but I really don’t care.

The Other Big News
Jekyll and Hyde, the sixth release by easy going country bumpkin Zac Brown and his band, is a change of pace for the highly popular dude from Atlanta. The record, which includes collaborations with several prominent musicians, finds Brown exploring several different styles of music, from jazz to R+B to celtic, according to the reviewer for the Cleveland Plain Dealer. “The entire album is an exercise in evolution and influence,” says the reviewer. “From the band’s work with the Foo Fighters’ Dave Grohl to the presence of [Chris] Cornell and [Sarah] Bareilles comes evidence of a group that can’t and won’t stand pat.” Plus, they cover this great Jason Isbell song, which is cool.

Le Avant Garde
After a six year hiatus, Dutch super cool music dudes Mew have “returned with a robust set that should satisfy fans who’ve waited a half decade for new songs”, according to Under the Radar.

Brian Jonestown Massacre, whose founder Anton Newcombe now calls Berlin home, offer up a soundtrack to a French film that doesn’t exist. Essentially a Newcombe solo instrumental set featuring a pair of vocal contributions from sirens Asia Argento and Soko, Musique de Flim Imagine isn’t what most BJM would expect. “There’s almost nothing left of the acid psychedelic sound that defined the Brian Jonestown Massacre aesthetic so far,” claims a review in The Quietus. “Now everything is dark and obscure, ghostly, as if moving in slow motion, bursting here and there in a few powerful and desperate explosions, mainly when Soko and Argento get to sing.” Still can’t wait to hear it.

Solo Sets
A trio of highly prolific and highly influential artists drop solo bombs this week. Wu-Tanger Raekown unleashes his seventh solo effort, F.I.L.A. (Fly International Luxurious Art), this week. Lotsa collaborators like Snoop, Ghostface, 2 Chainz, ASAP Rocky, and lots of backstory here (every single Raekwon solo set will be compared to his classic Only Built for Cuban Linx) and it’s getting great reviews. “F.I.L.A. may be grounded in the ‘90s, but it makes room for more modern-sounding expansiveness and bursts of melody,” says Consquence of Sound.

Robert Polllard, of Guided by Voices, Circus Devils, Ricked Wickey, etc, has another solo album to offer you, Faulty Superheroes, his 21st solo effort. The debut single “Up and Up and Up” is a peppy alt rock ballad coated with romantic sheen”, according to Consequence of Sound.

MG is the new solo project of Depeche Mode co-founder Martin Gore. I hate Depeche Mode so I’ll let the The Guardian explain it:” An appreciation for Martin Gore’s album of 16 claustrophobic, electronic, instrumental tracks will, it goes without saying, depend largely on how tolerant you are of claustrophobic, electronic, instrumental tracks.”

90s Revival Continues
Brit-pop poster boys Blur boom back with their eighth release, The Magic Whip, their first since 2003. It’s “a triumphant comeback that retains the band’s core identity while allowing ideas they’d fermented separately over the past decade to infuse their sound with mature and peculiar new flavour combinations,” according to The Telegraph.

RIP
The music world, especially fans of progressive, avant garde music, lost a shining light this last week with the death of ESP-Disk founder Bernard Stollman. The man who helped bring artists like Albert Ayler, Sun Ra, and The Fugs, and The Godz from the New York underground and into the light of day died on April 20 of cancer complications. He was 84.

My Recommendation
Last year when multi-instrumentalist David Lamb of the Rhode Island based neo folk outfit Brown Bird suddenly succumbed to leukemia, I dedicated an entire New Music Monday to his memory. I remember there were a few big releases that week, but I couldn’t think about any of them, Lamb’s passiing just dominated my mind and I wrote, to the best of my ability, a tiny little dedication to his memory. That was back when this whole project was still known as 8CN and the post seems to have been lost somewhere. Thankfully, the new Brown Bird album, Axis Mundi, has been finished by Lamb’s partner in music and life Morgan-Eve Swain. This is a highly anticipated new and final album from a band that left a tiny, indelible mark on the soul of a lot of people. I’ll post a Sounds Great about it later this week because I really, really want people to buy this record, but for now check this out.

by Jack on December 8, 2018
Hey there music lover! You like new stuff? Great! You’ve stumbled into the perfect corner of the internet. Each week all sorts of audiolicious goodies are unleashed onto the masses and this is where they come to be judged. I’ll tell ya what’s good, what’s [...]

by Jack on December 1, 2018
It’s that time of year music lovers, time for the end of the year lists! First up, my top 10 or so songs of the year. Not strictly singles, mind you. Any song released on an album this year is eligible for a spot on this list. This is the sixth year of [...]