Gaming
0
previous article
New Terminator Genisys Trailer is Crazy Spoiler Filled
next article
Game of Thrones: What Was up with That Prophecy Last Night?

PAMELA Brings Survival Horror Back to the Future

The survival horror genre has experienced a renaissance of sorts over the past year, with the likes of The Evil Within, Alien: Isolation, and the PT demo breathing new life into jump scares and tense, “by the skin of your teeth” gameplay.

Pamela, an upcoming survival horror title, promises to provide yet another new perspective on the genre, looking beautiful while doing so. Indeed, this new IP appears poised to expand upon its recent predecessors’ triumphs, and continue the trend of compelling, engaging, and frightening survival horror experiences.

The ambitious title aims to provide players with an experience that explores “humanity’s fascination with technology and perfection.” Players will navigate the pristine, yet dangerous streets of Eden, a futuristic dystopia overrun by genetically mutated civilians looking to turn your life into a living hell. With the aid of the titular Pamela, a supposedly friendly AI, players will use newly acquired gear and bio-augmentations to survive in a world gone horribly awry. 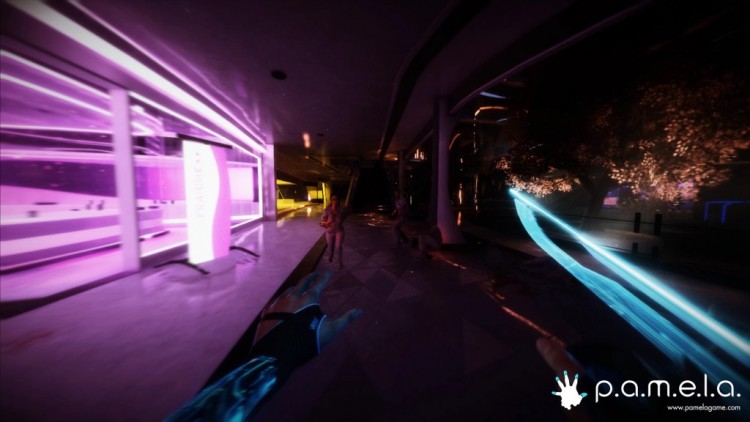 Why Should I Play This Game?

Pamela looks to provide players with a unique science fiction take on the genre, as traditional survival horror settings (dilapidated villages, haunted mansions) are replaced by aesthetically pleasing environments that will require the developers to be more creative in how they establish the necessary tension.

NVYVE Studios note on their site that they have been influenced by several titles in the process of making Pamela, including Mass Effect, Mirror’s Edge, Deus Ex, and Bioshock. The Mass Effect influence is immediately apparent in the game’s world design, as seen in the official announcement trailer; meanwhile, themes of human nature and freedom of choice alluded to by the developers draw direct parallels to the worlds of Deus Ex and Bioshock.

The title will also include dynamic weather and day/night systems that will have a direct impact on gameplay; a large, futuristic world full of secrets to explore; and a permadeath system that promises to provide plenty of intense, adrenaline-rush gameplay where your next step could literally be your last. Virtual reality support is also something the developers are considering to better immerse players in the first-person horror experience. 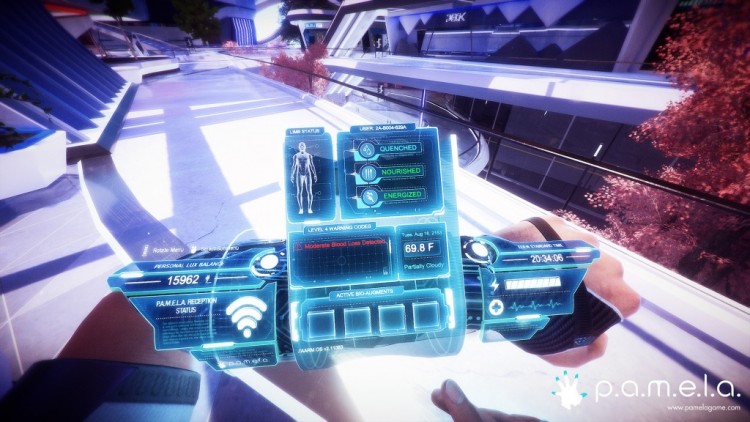 How and When Can I Play Pamela?

Pamela is currently slated for release sometime in 2016, which means it will be awhile before we get our hands on this new take on survival horror.

NVYVE Studios encourages interested gamers to sign up for their newsletter to be the first to hear about updates, beta access, and more. We’ll have more on P.a.m.e.l.a. as soon as new information becomes available. In the meantime, you can check out the game’s official website here for a closer look at the ambitious title.

Stephen is always ready to embark on another gaming adventure with the Normandy squad! Follow him on Twitter @Saking91. When he isn't gaming, you can usually find Steve watching the Yankees, marking out for his favorite WWE superstars, or obsessing over his favorite shows. You can find him hunting beasts and raiding with friends on PSN.
You might also like
Mass EffectSurvival HorrorGamingGaming News

Mass Effect Andromeda FAQ: Everything We Know So Far [Updated]

by Aaron Edwards on December 29, 2015
There’s a new Mass Effect game coming soon. What’s it about?

Mass Effect: Andromeda’s N7 Day Video is All of the Feels

How Could Mass Effect Be Adapted Into A Movie?