Play This: The Flock is a Competitive Multiplayer Game… with an Ending 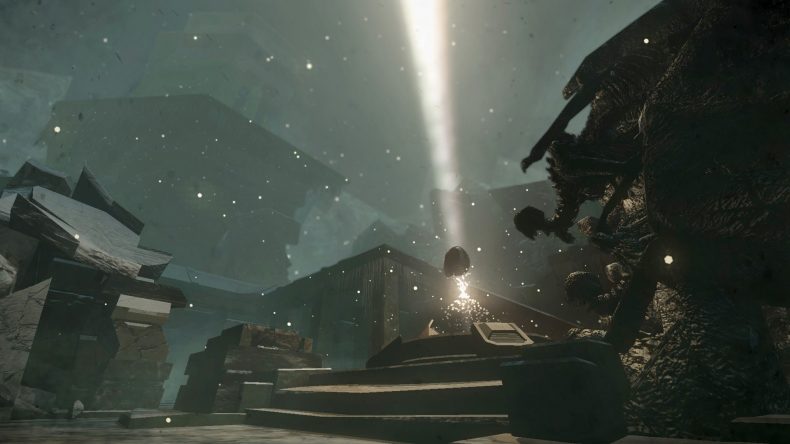 No more respawns, no server reset, no continues. When the counter ticks down on The Flock, the game will simply pack up, and shut down for good. 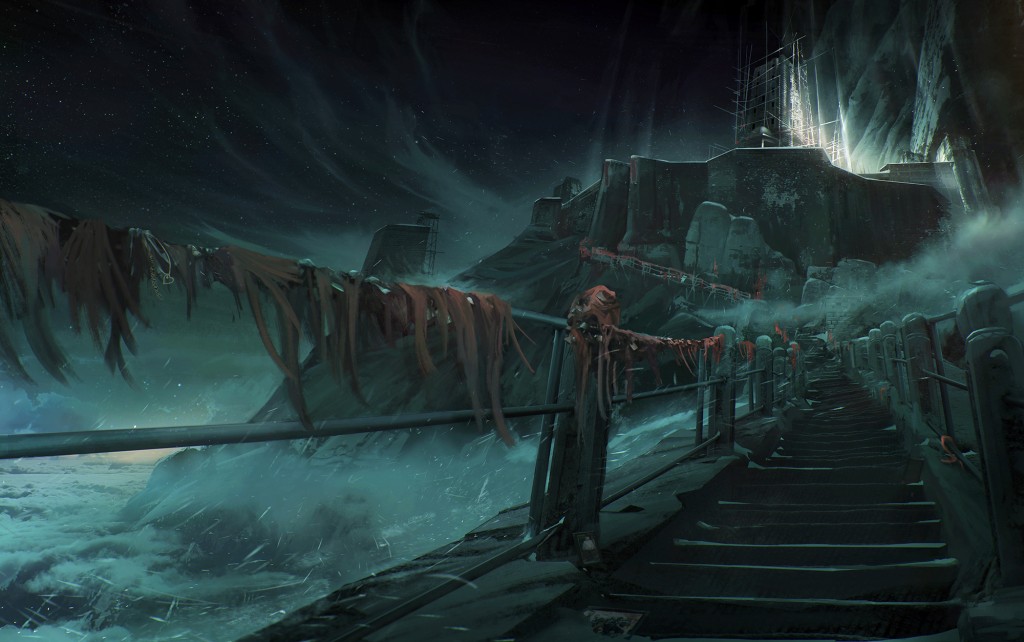 Multiplayer with a Purpose

The lifespan of a competitive multiplayer game depends on a lot of different factors: its initial popularity, its price (or lack thereof), how consistent its updates are, its learning curve for new players… and so on. One thing that’s pretty much never a consideration though is its story.

How does a game’s multiplayer experience contribute to its evolving narrative and mythos? Pretty much without exception, the answer is… it doesn’t.

Sure there might be an in-world explanation for why you’re fighting, but at the end of the day, none of it really matters. You can win a thousand rounds of deathmatch, but that endless war will continue, not even remotely aware of the mountain of digital corpses buried in some mass server grave somewhere.

That’s not a knock against those games. After all, how can you justify the impermanence of all of that random death and destruction? After a while, it ceases to have any meaning beyond the fun you get from putting bullets into digital bodies. Placing it all into the context of a living world just renders that fun (and by extension, the entire experience) more or less meaningless.

In that light, it’s no surprise that we rarely see multiplayer games that are at all interested in storytelling, in worldbuilding. Sure we’ve gotten little experiments here and there. Titanfall did a pretty good job of blending objective prompts into the setting, and League of Legends has been playing with some interesting ideas lately, to name a few examples. But by and large, that’s all those are, experiments; bowing to the demands of what we traditionally think a multiplayer experience should be.

The Flock, out this week on PC, is looking to buck that trend in a simple, but deeply intriguing way. Every single multiplayer match you participate in pushes the entire game’s community towards one, inevitable end; some kind of climactic conclusion that will permanently end the game, and every player’s access to it.

The World of The Flock

The Flock is set on Earth, 3,000 years into the future. Pollution has destroyed the planet’s ecosystem, and a dense layer of… something is preventing sunlight from reaching the surface. At some point, humanity went extinct, replaced by the Earth’s new dominant species: the “Flock,” a race of skeletal, bird-like monsters that scavenge unchallenged through the ruins that remain. 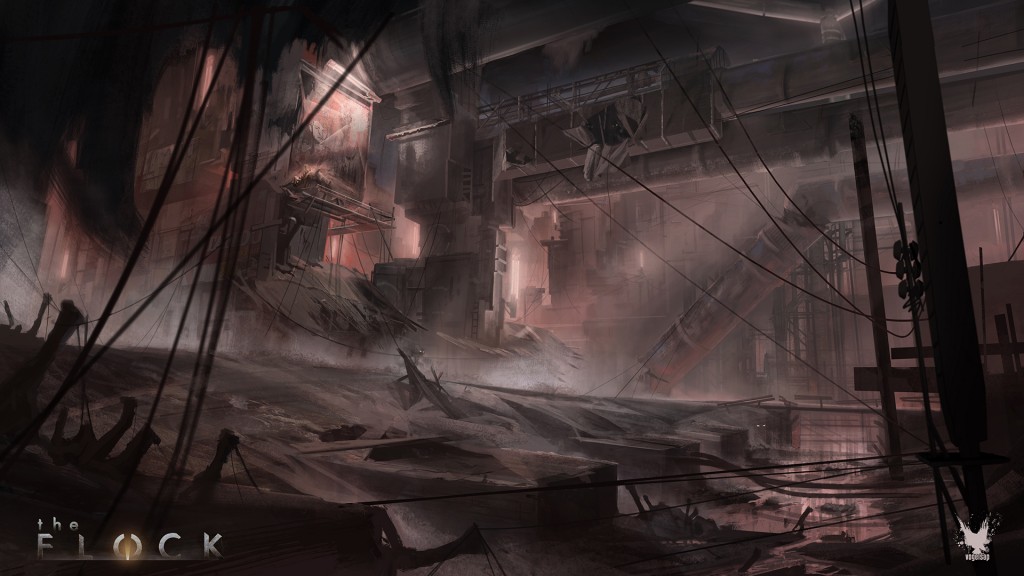 That is, until the emergence of a mysterious object known as the Light Artifact, which draws the Flock to it. The creatures who come into contact with it are transformed into Carriers, humanoid beings who can wield its power. That is, until a member of the Flock tears them to pieces, and claims the artifact for themselves.

Translated into gameplay, The Flock a first-person, asymmetrical multiplayer experience. Up to five players join the game as one of the Flock, competing to claim a single Light Artifact in each map. Whoever grabs it first becomes the Carrier, a slow-moving, child-like being who can kill the monsters by shining a beam of light on them. 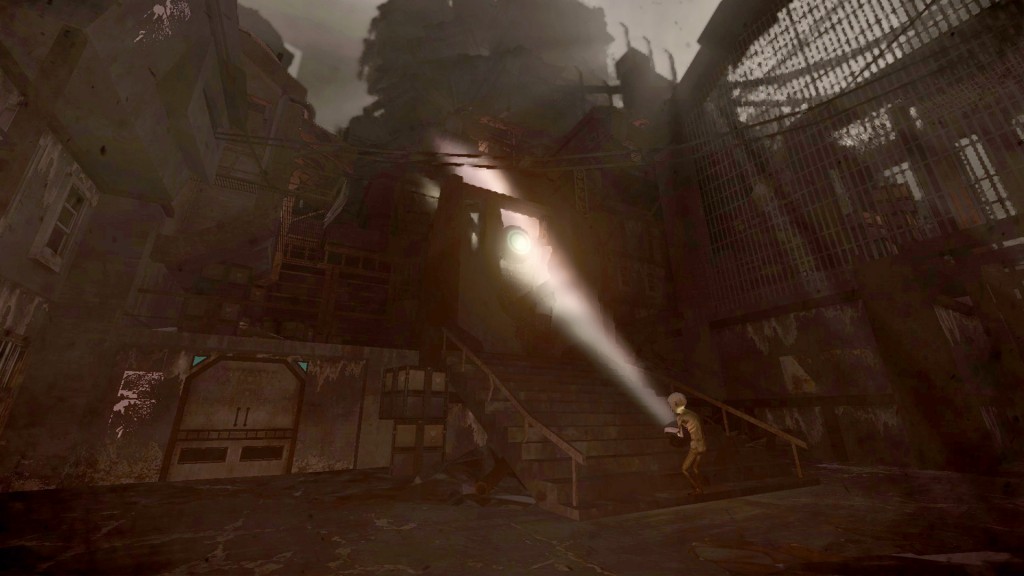 A cat-and-mouse game ensues, with the Carrier scoring points for as long as they can hold onto the artifact, and the monsters attempting to stalk and outwit their prey. The Carrier has his deadly light, while the monsters can defend themselves by standing still. This turns them to stone, and in turn allows them to blend into the environment, and become immune to the light. If they’re caught by a beam of light while moving though, they’re goners. 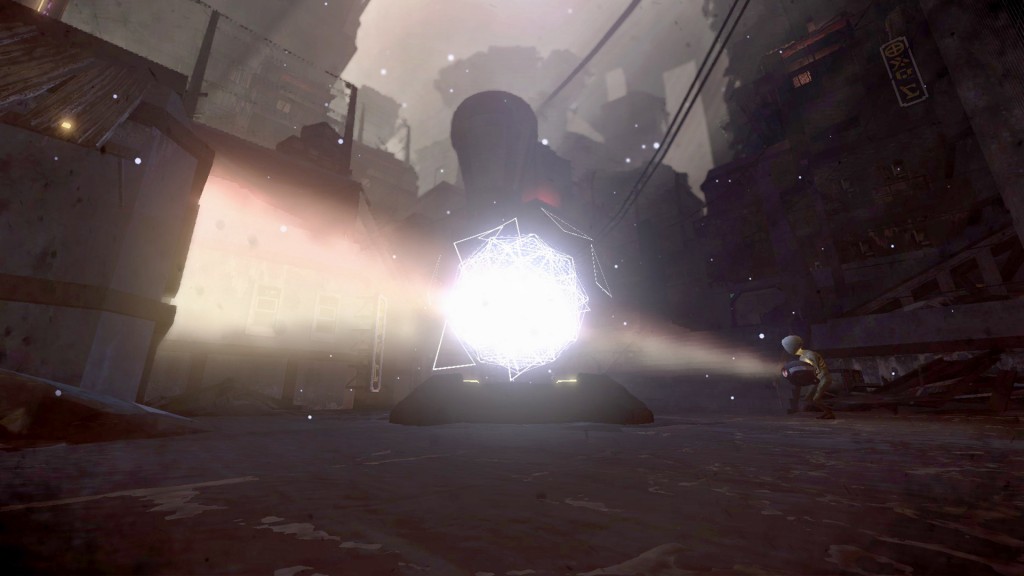 That’s important, because again, the conceit of this game is that there are only a limited number of lives, shared across every player. Once those lives are gone, and the Flock has been depleted, the game will end.

So what does this feature mean in practical terms?

Basically, the game will launch with a Flock population of 215,358,979 (a seemingly arbitrary number, but one that the devs are hinting has importance in the game’s lore). Every time a player dies or is transformed into a Carrier, this number ticks down. Once it hits zero, the game will no longer be purchasable anymore, and will enter a (yet to be revealed) “climactic finale.”

Once that end phase is over, and the story has been concluded, the game’s servers will go offline permanently. 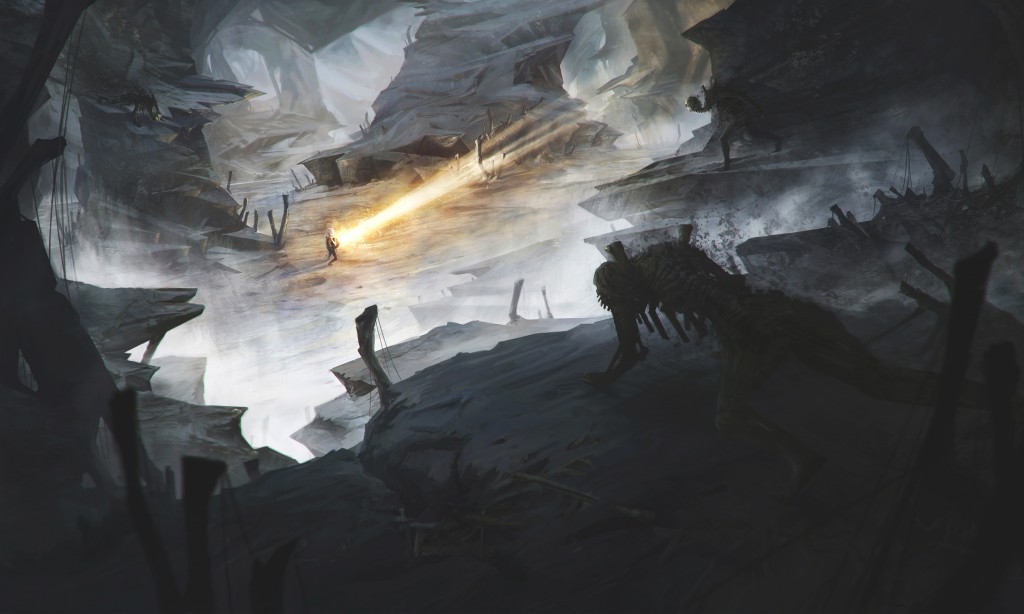 So… Is This World Worth Exploring?

It’s difficult for me to recommend The Flock as a game.

It’s rough around the edges, still a bit buggy, and while the core gameplay is immersive and thrilling, it’s also painfully straightforward. It often feels uncertain as to whether it wants to be a casual party-style game, or a more immersive experience, and I frankly can’t see myself putting more than an hour or two into it at a time before it starts to feel stale. There’s no variation or customization beyond the handful of maps it’s launching with, and it’s lacking in any element of progression or persistence that might have otherwise held my attention.

Visually, the game is gorgeous from a design perspective, but those big ideas rarely hold up to closer inspection. The textures are bland, the animations clunky. The same goes for the audio; which is initially interesting, before beginning to feel repetitive fairly quickly.

Simply put, The Flock is just not that great of a game.

And yet… all of that being said, I do absolutely recommend picking this one up. As a game, The Flock is underwhelming. As an experience though, a narrative experiment, The Flock is endlessly engrossing.

This game has a fantastic mystery at its core, and an atmosphere that instantly piqued my curiosity as I booted up the tutorial for the first time. The worldbuilding is rich, if vague, and I predict I’ll spend just as much time on the forums and on Reddit as I will in the game itself, exploring every little clue as to where this whole affair is heading.

To their credit, the developers are being exceptionally clear about what that end game entails. The finale will unequivocally be it for The Flock. There will be no server reset, no offline play, no way to access the game after it’s over. You’re either a part of this experience now, or you never will be.

That might seem like a gimmick, and in some ways it is, but it’s one that’s captured my imagination nonetheless. We here at Overmental are about exploration, about discovering new worlds and experiencing everything they have to offer. Projects like these are exactly the sort of unique opportunities that we search for.

The developers of The Flock have not confirmed whether there will be more storytelling material or in-game events to fill the gap between the launch and the finale, so I really can’t say if there will be enough to uncover as we dive into the long-haul towards the end; or for that matter, if any of this will lead somewhere satisfying.

Some of you may want to experience the launch with that first wave of players. Others will rather wait for the game to become a bit more settled, perhaps pick up a few new features and additions. Either way though, that final push towards the conclusion seems like it will be the game’s main attraction, and its lasting legacy.

So don’t feel rushed. Take some time to check the game out online, and buy into it at your own pace. But make sure to be around for that ending; if nothing else, just so you can say you were there.

Play This: The Uncle Who Works for Nintendo is Equal Parts Nostalgia and Terror