Star Wars: Could Knights Of The Old Republic II – The Sith Lords Be Coming To iPad? 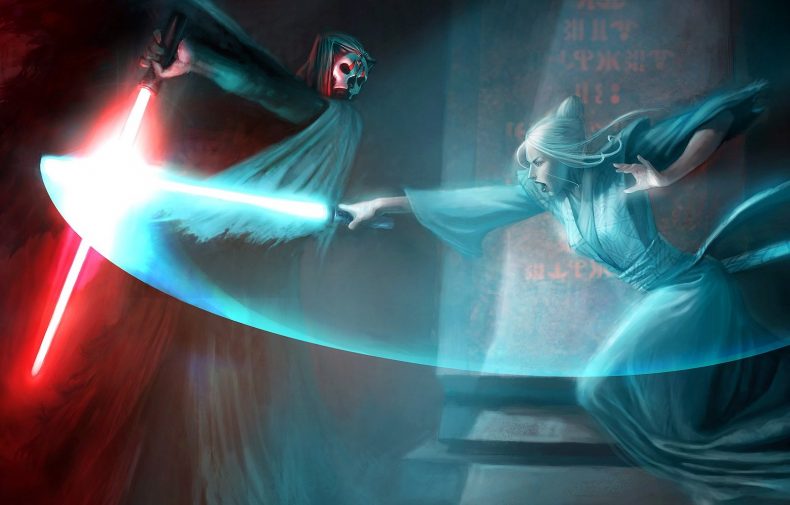 It’s only fair, after all.

Just today, ten years after its release, Obsidian’s Star Wars: Knights of the Old Republic II – The Sith Lords got an updated no one ever expected to see.

Often thought of as a brilliantly written but ultimately prohibitively buggy game, The Sith Lords was ultimately overshadowed by the first game for many years until it was re-released on steam. Even then, the game suffered some problems and required a Restored Content Mod to bring back large sections of the game that were deleted by the developers due to time constraints. But, thanks to today’s update many of those problems have been solved just in time for a surprise Mac and Linux release.

What does The Sith Lords’ patch cover?

• 37 achievements to be earned through gameplay
• Steam Cloud saves
• Native widescreen resolution support
• Resolution support up to 4K and 5K
• Support for controllers, including Xbox 360, Xbox One, Playstation
3, and Playstation 4, along with several others (check the system requirements for details)
• Steam Workshop support! We proudly worked with the Restored Content Mod Team to have their famous TSLRCM up on launch day

Let us be the first to breathe a sigh of relief at the “Force Speed Effects” option. That blur effect made moving around an environment very unpleasant.

Will the first KOTOR get a similar patch?

It’s very possible, but we don’t know for certain at this point. The first game is in desperate need of a resolution fix, as it’s impossible to play the game in widescreen without screwing with files and settings you aren’t supposed to touch. But in all honesty, it’s a complete shock that The Sith Lords got an update at all in light of it being a much less popular game.

It should be noted that the patch was created by Aspyr (the devs who ported the first game to iOS) with the blessing of Disney. If that’s the case, we wouldn’t be surprised to see them give the first game a similar treatment… but why do the second game first?

Could this mean The Sith Lords is coming to iPad?

We think that’s exactly what this means. If you look at the front page of steam, the new patch has shot of sales of the game and thus interest in the product. If Aspyr wanted to port The Sith Lords to iPad, practicing the necessary fixes on PC, Mac, and Linux would be a great way to figure out how to accomplish that goal. So, keep an eye out and hopefully we’ll see the game in the app store soon.

Maybe with some luck, we’ll get a proper Knights of the Old Republic 3?

Aaron Edwards is a Los Angeles based screenwriter and filmmaker. On one faithful night when he was five, he sneaked out of his room and watched Aliens on cable. Soon after, he fell in love with storytelling and has been a big ol' nerd ever since. You can follow him on twitter @aaronmedward
You might also like
Star WarsStar Wars: Knights of the Old RepublicStar Wars: Knights of the Old Republic 2 - The Sith LordsGamingGaming News