Gaming
1
previous article
Why Did Joss Whedon Quit Twitter, Again?
next article
Elite: Dangerous - Are the Artefacts Teasing a Return of the Thargoids? 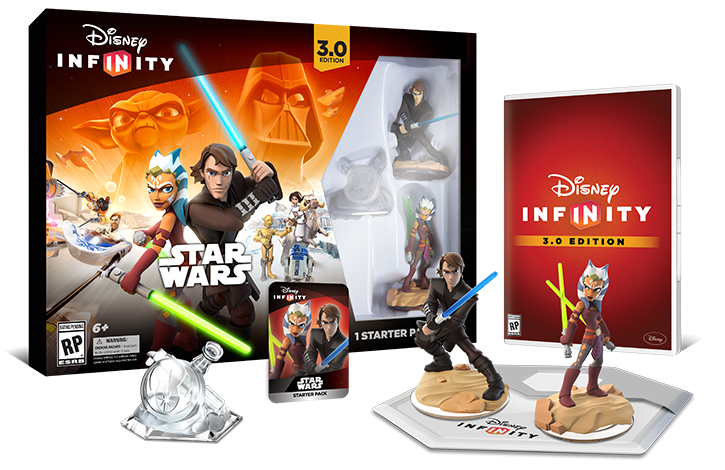 Disney Infinity is the money train that isn’t stopping any time soon. After making games based on their own properties and then the Marvel Universe it’s time to visit Star Wars. Today, Disney Infinity 3.0 was announced, bringing the characters of George Lucas’ universe front and center. While it was inevitable to see all the characters together, it is something of a childhood fantasy come true.

So what can we expect from the game?

Lots of things, if the press release is to be believed. There will be three Star Wars sets: one from the prequel era, one from the original trilogy, and one centering on The Force Awakens. There will also be sets centering on Avengers: Age of Ultron and other Disney properties featuring characters such as Mickey, Minnie, Sam Flynn, Quorra, Mulan, and Olaf.

What kind of Star Wars experience do they have in mind?

It seems there will be three different campaigns. The first, called Star Wars: Twilight of the Republic and will feature Ahsoka Tano, Anakin Skywalker, Obi-Wan Kenobi, Yoda, and Darth Maul with an emphasis on Force powers. The second is named Star Wars: Rise Against the Empire and will star Luke Skywalker, Princess Leia, Han Solo, Chewbacca, and Darth Vader piloting vehicles in famous locations. As for the Force Awakens content, they did not specify. 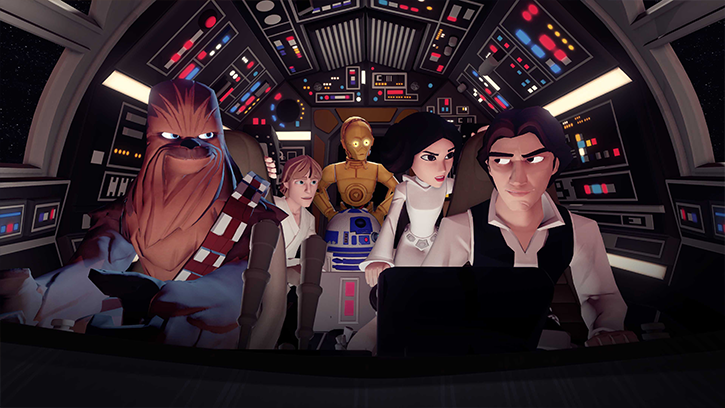 How much will the figures cost?

The Disney Infinity 3.0 Edition Starter Pack will be available for $64.99.

Will the game be compatible with earlier iterations?

All the figures and Power Discs from the first two games will be compatible with The Disney Infinity 3.0 Edition.

Aaron Edwards is a Los Angeles based screenwriter and filmmaker. On one faithful night when he was five, he sneaked out of his room and watched Aliens on cable. Soon after, he fell in love with storytelling and has been a big ol' nerd ever since. You can follow him on twitter @aaronmedward
You might also like
Disney InfinityStar WarsGamingGaming News

Which Star Wars: The Force Awakens Characters Will Be Playable In Disney Infinity?

by Aaron Edwards on October 14, 2015
Will you at last have those Kylo Ren vs. Darth Maul duels you’ve dreamed of?

Disney Infinity: Your Guide to Every Star Wars Figure (So Far)

by Overmind on August 31, 2015
Disney Infinity 3.0 was just released, finally bringing the cast of that galaxy far, far away to the Toy Box.

The Star Wars Campaign of Disney Infinity 3.0 Looks Like a Fanboy Dream