Star Wars
0
previous article
All of Stan Lee's Marvel Cameos So Far: Iron Man Through Age of Ultron [Updated]
next article
Should You Get Avengers: Age of Ultron on Blu-ray? 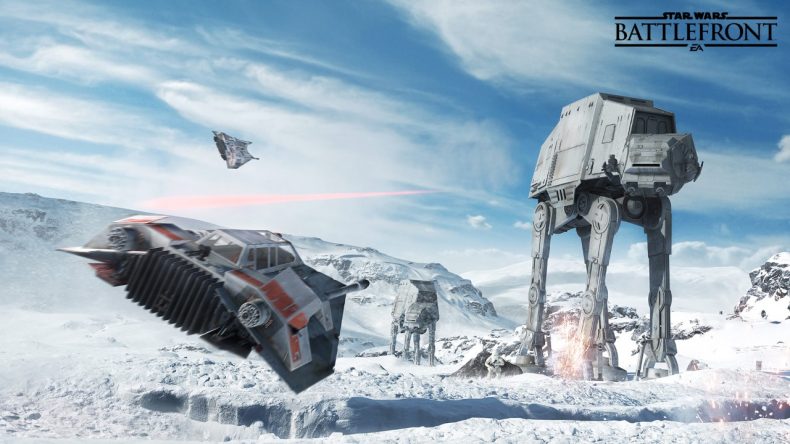 A Battlefront beta has been officially announced. We’ll be keeping this page updated with everything we know about it.

When will it begin?

“Early October.” We’ll let you know when we have an exact release date.

What game modes will be available to try?

You’ll be able to jump into the “Walker Assault on Hoth” 40-player map (including the ability to play as Luke Skywalker or Darth Vader), and the “Survival Mission on Tatooine” two-player co-op mode. Additionally, the beta will include a currently unrevealed mode called “Drop Zone.”

UPDATE [09/17/15]: EA has clarified that Drop Zone is a game mode that involves fighting over drop pods strewn throughout the map. The mode will be playable on Sullust during the beta. The beta test will also feature both offline and online play.

Finally, it’s not a game mode, but the beta will also feature the launch of the Battlefront Companion experience, an online base building minigame that will let you earn Credits to unlock things in core game. The Companion will be available as an app on iOS and Android, as well as online via www.StarWarsBattlefront.com.

Will my progress carry over when the game is released?

No, this is a technical test, and no progress will be saved after the beta is over.

What platforms will it be on?

The beta will be available on PC, PlayStation 4, and Xbox One.

UPDATE [09/17/15]: EA has announced that the beta will be open to everyone, no pre-ordering required. Hurray!

by Aaron Edwards on August 5, 2015
Star Wars: Battlefront is shaping up to be a fun first person shooter in the vein of DICE’s previous Battlefield games. Many, however, were understandably disappointed that the game will not feature any space battles. After all, ship to ship [...]

by Aaron Edwards on June 19, 2015
DICE is throwing some cyberpunk into their first person platformer.