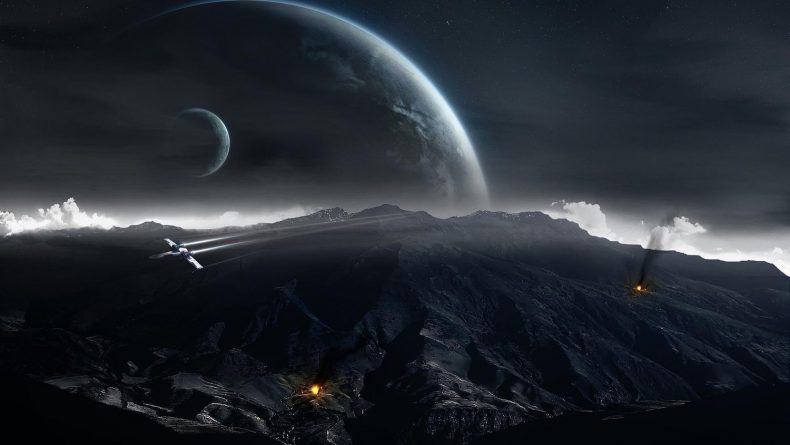 The Star Wars galaxy is about to get a whole lot bigger.

The final entry in the “sequel trilogy” will be released in 2019, but Lucasfilm/Disney has big plans for the Star Wars universe well past this. We’ve already been told that Last Jedi director Rian Johnson has been given the greenlight to develop a new trilogy that will be separate from the core saga.

Now, an announcement on StarWars.com has revealed that another trilogy is in the works, with David Benioff and D.B. Weiss writing and producing. The pair is best known as the creators of the HBO series Game of Thrones.

“In the summer of 1977 we traveled to a galaxy far, far away, and we’ve been dreaming of it ever since,” Benioff and Weiss wrote in a joint statement. “We are honored by the opportunity, a little terrified by the responsibility, and so excited to get started as soon as the final season of Game of Thrones is complete.”

Game of Thrones is currently in production on its last season, which will be comprised of six episodes, and will air in 2019.

Multiple TV Shows are in Development

Late last year we got word that Disney was developing their first live-action Star Wars TV series as an exclusive for their streaming service launching 2019. In an earnings call earlier today, Disney CEO Bob Iger doubled down on this plan, confirming that the studio is developing not one, but multiple Star Wars series for the service (as reported by THR):

“We are developing not just one, but a few Star Wars series specifically for the Disney direct to consumer app. We’ve mentioned that and we are close to being able to reveal at least one of the entities that is developing that for us. Because the deal isn’t completely closed, we can’t be specific about that … I think you’ll find the level of talent … on the television front will be rather significant as well.”

It’s been previously reported that Disney has pretty sweeping plans for original content on their platform, including new TV series for Monsters, Inc., High School Musical, and Marvel. It’s currently being targeted for a late 2019 launch.

by Ryan Matsunaga on January 6, 2016
Today, The Force Awakens beat out Avatar to become the highest-grossing movie in the U.S. of all time. That being said, it has a long way to go if it’s going to top Avatar‘s worldwide earnings.

Another Day, Another Star Wars Theatrical Cut on Blu-ray Rumor