The Walking Dead: Why ‘Them’ Was A Game Changer 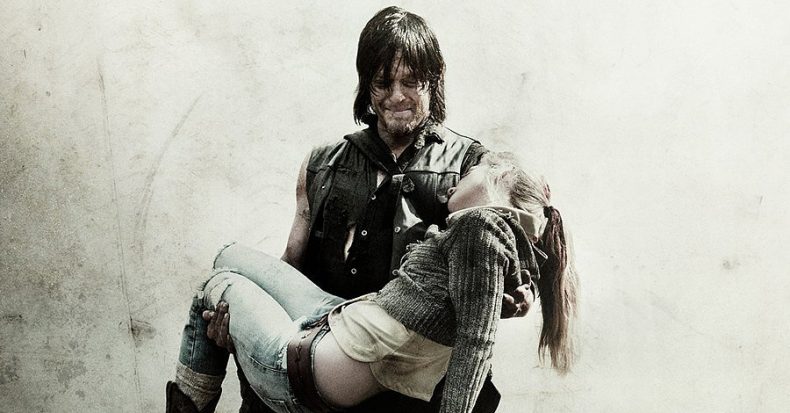 Those who watched Sunday night’s “Them” episode of AMC’s The Walking Dead may have been slightly taken aback.

The episode came across much differently than usual, with less focus on killing Walkers and pushing forward and a more introspective look at the survivors themselves.

While lacking in the “excessive blood and guts” department, “Them” was a game changer for Rick Grimes and his group of hardened survivors, despite the fact that relatively little actually happened in the episode. As always, this article contains spoilers so if you’re not caught up with The Walking Dead, don’t continue to read. You have been warned. 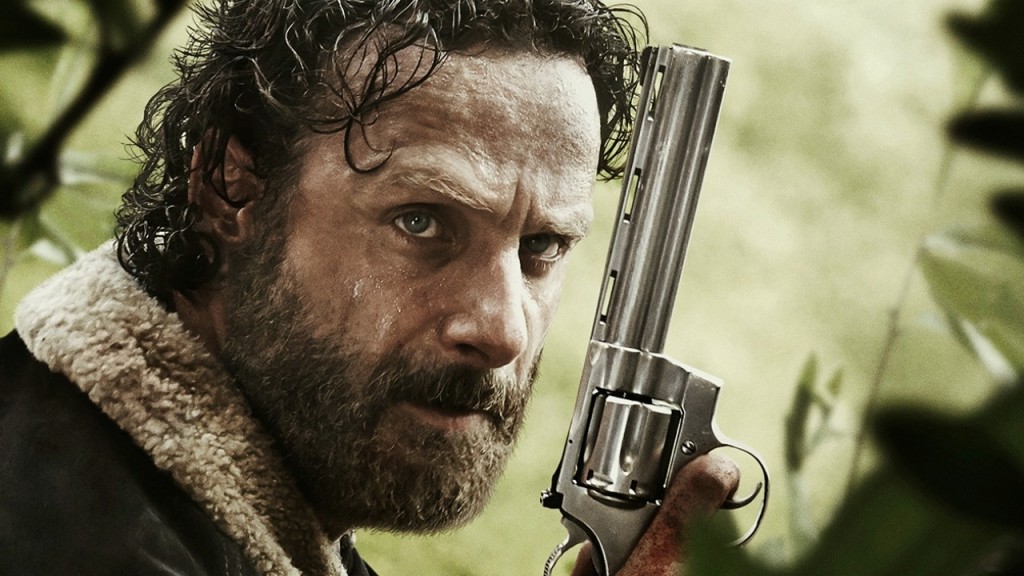 I’d like to preface everything else by saying that I loved the attention shown to the characters themselves. It’s so easy to get caught up in where the group is headed and when the next herd of Walkers is going to be slain and forget that it’s the characters and the storytelling that really make The Walking Dead must-see TV.

What “Them” lacked in story progression, it made up for in spades with emotion and character building. While the loss of Tyreese in last week’s “What Happened and What’s Going On” was a sobering reminder of the mortality of the survivors, “Them” was a much-needed highlighting of their humanity.

One of the dangers facing the group, that Rick himself has been wrestling with heavily lately, is maintaining their humanity and their will to survive. 5 seasons of desperate struggling to find food, water, and shelter, and losing countless friends, family members, and loved ones along the way, has taken a heavy toll on the survivors and we need to be reminded of that. 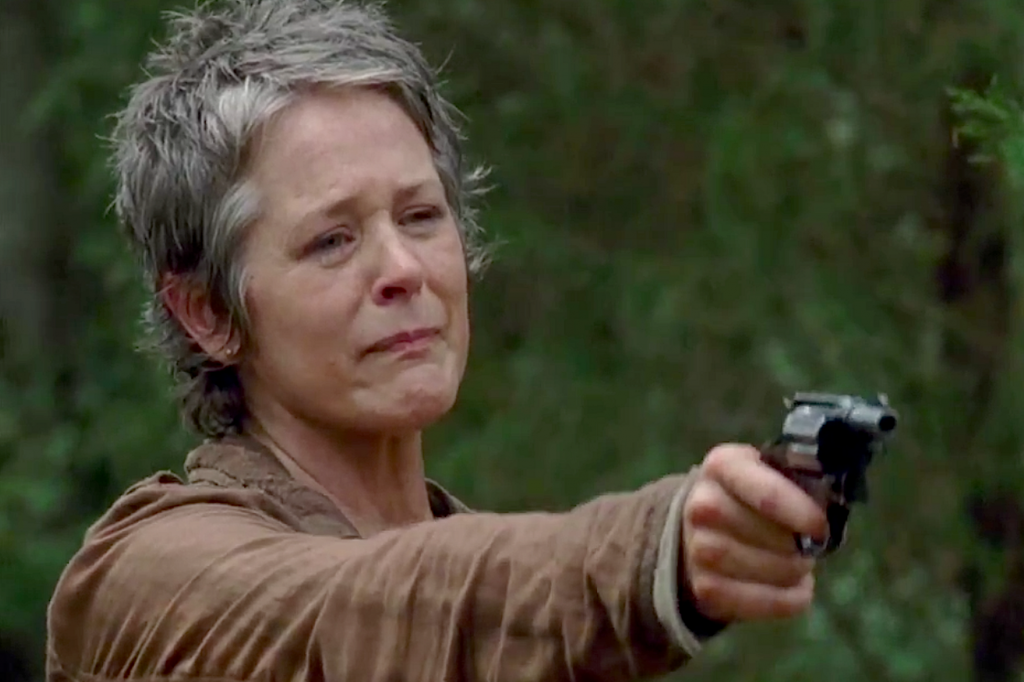 We saw it last week with Glenn’s challenging of Rick’s judgment and with Noah’s breakdown that ultimately led Tyreese to his doom. We saw it this week with Maggie, Sasha and even Daryl showing signs of giving up.

Things are as grim as they’ve ever been, with the group’s supplies completely exhausted and no reliable transportation with 60 miles still to go to reach Washington D.C. Just how much can this band of survivors withstand?

We saw just how perilous the situation truly is when Rick and the others elected to lure a herd of Walkers on the road to the top of a hill and knock them into a ravine to avoid expending energy on killing them; a plan that an overly emotional Sasha compromised by attacking the Walkers in a fit of rage over her brother’s death.

Losing Beth was a turning point for Maggie and Daryl 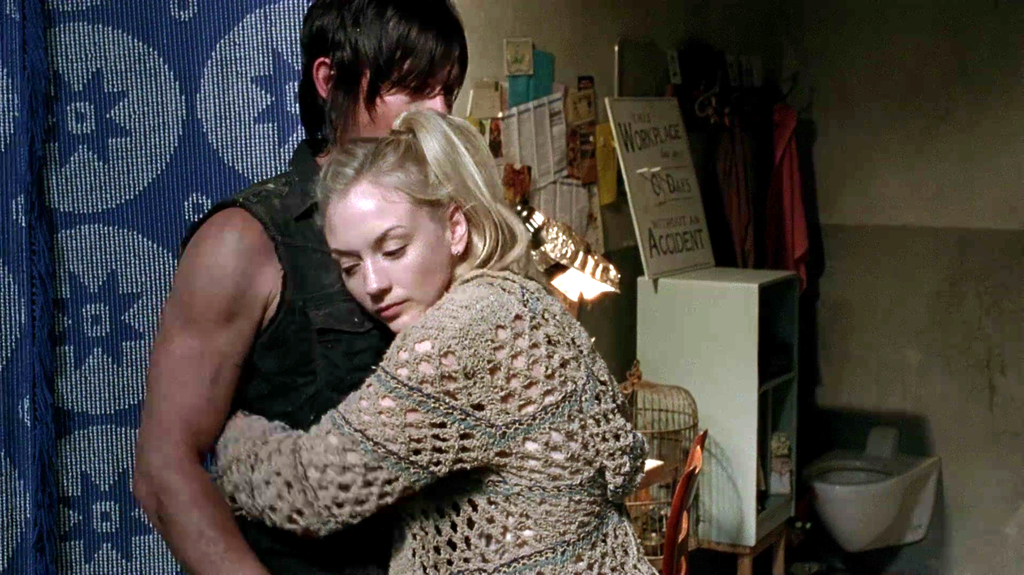 In “Them”, we also got to see just how heavily Beth’s demise has affected her sister Maggie and the man she formed a deep bond with just before she died, Daryl. The two of them have been carrying the weight of Beth’s death seemingly harder than any of the others, with Maggie losing her faith in God and slowly losing her will to continue the struggle and Daryl handling it the way he tends to handle things; by closing himself off.

Repeatedly, we see Daryl venture away from the group under the guise of looking for food or water; a task he faithfully does but he also uses as an out in an attempt to deal with his grief. After doing this several times, Carol finally calls him on it and tells him that he can’t not feel it. As usual, Carol is the only person other than Rick that can really get through to him.

A fierce storm personifies the struggle 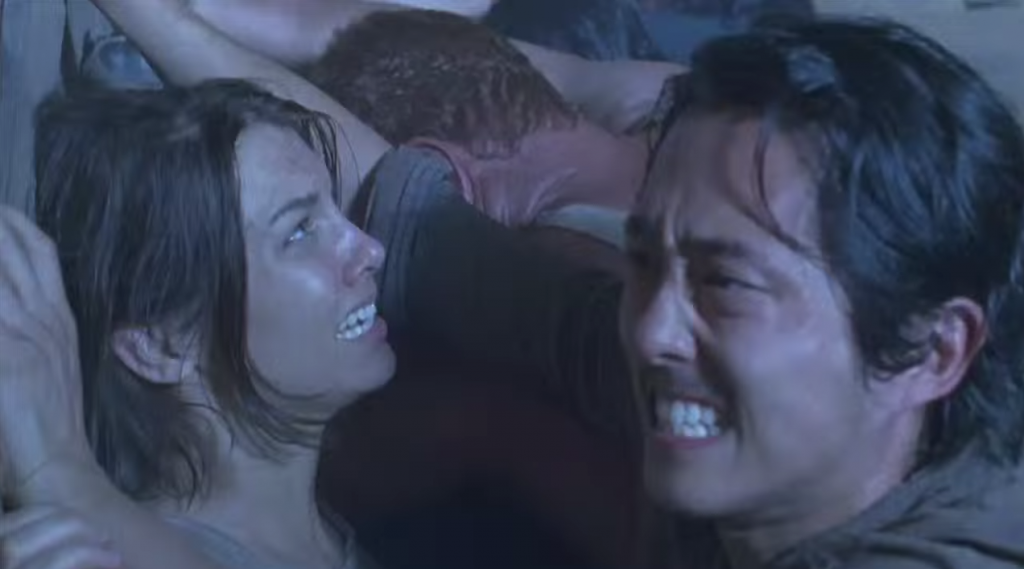 We got another significant bit of foreshadowing as Rick and company were confronted by a pack of angry looking dogs, a potential reference to the “Wolves” that were referenced via graffiti in last week’s episode.

In an eerie bit of poetic personification, the group is met with a fierce rainstorm that temporarily offers them reprieve from their dehydrated condition and then drives them into the safety of an abandoned barn.

The ferocity of the storm only increases as the night goes on and climaxes as Daryl and the rest of the group have to fight to hold the barn door shut as a large herd of Walkers and Mother Nature herself bear down on them, only to discover the next morning that the storm has taken out everything around them, including the Walkers.

I loved the storm motif, as it was a perfect visual representation of what the survivors have been through up to this point. It’s easy to forget, and I frequently do, that the show has been on the air for 5 years and that it’s still captivating audiences the way it is today is commendable.

Finally, the episode delivered most with its overall lack of dialogue. There was perhaps less spoken dialogue in “Them” than in any other episode of the series and yet, we were given an intimate look into the survivors’ mental states and what a year-and-a-half of a hopeless zombie apocalypse has done to them.

At the end of the day, Rick and the gang are only human and can only take so much before reaching the breaking point. “Them” was a sobering and much-needed reminder of that breaking point and how important the battle to keep their humanity is in the struggle to avoid it.

by Andy Gordon on November 2, 2015
The first trailer for AMC’s adaptation of the iconic comic book story Preacher has arrived. Let’s see what it looks like.

Walking Dead: Negan and All Out War Might be Coming to Season 6