Westworld Clue Log: What Did We Learn in Season 2, Episode 1: Journey Into Night? 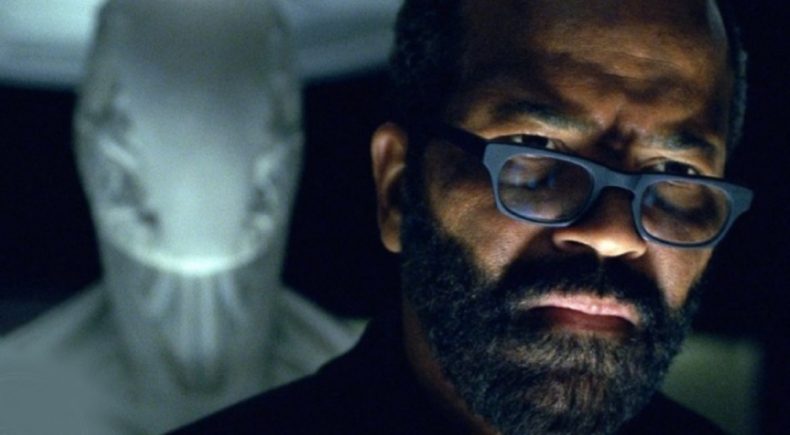 Westworld returned last night, and it should come as no surprise that it was once again all about big questions and tantalizing mysteries.

Given it’s Westworld and trying to get ahead of the show isn’t just OK, it’s practically encouraged, the fan community is already buzzing with theories. To help gather my own thoughts and keep a running tab of what might be important, I’ll be taking stock of new “clues” each week here, and hopefully something interesting will come of it.

So without further ado, here’s what I think was worth noting in episode 1:

Westworld is Located Somewhere Near China 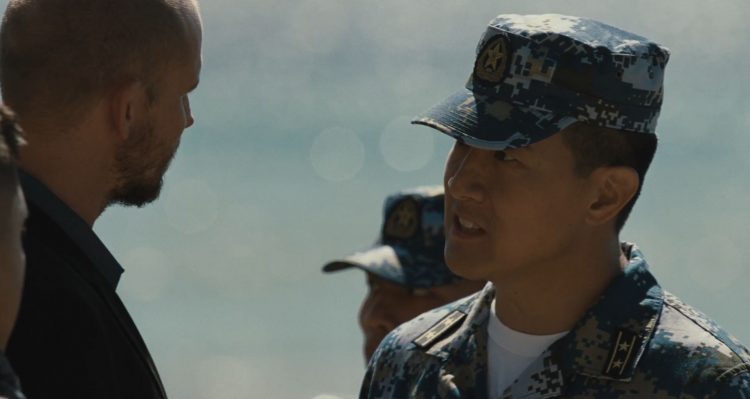 Last season there were plenty of fan theories going around that the location of Westworld would end up being somewhere crazy, like on the moon. This episode seemingly confirms that the park is a little closer to home, apparently on an island of the coast of China. Given that Delos Incorporated is basically staging a full-blown military operation there, it’s no surprise that the Chinese government is not particularly pleased.

Hosts Have a Computer Inside Their Heads 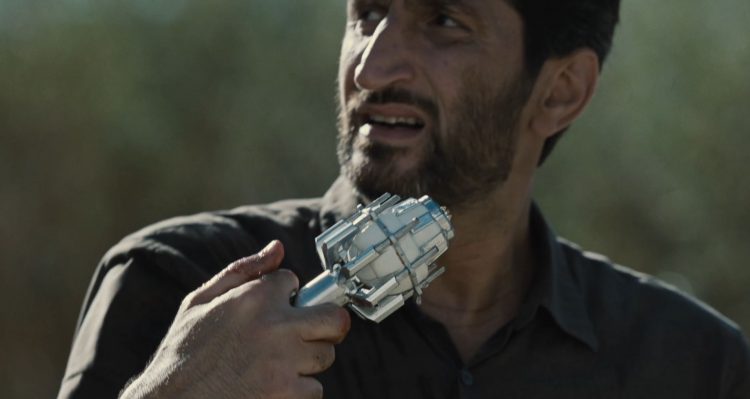 The season premiere introduced a new technical detail when a Delos dug into a host’s skull to reveal their true “brain.” While it seems like a relatively minor thing, this might actually be a serious game-changer. It seems to imply that you could take a brain out of a one host, pop it into another host shell, and their “consciousness” would live on in the new body.

Now not only are we wondering who is a host and who is human, we also have to consider which hosts might be in which bodies!

Park 6 Has Tigers (And Problems) 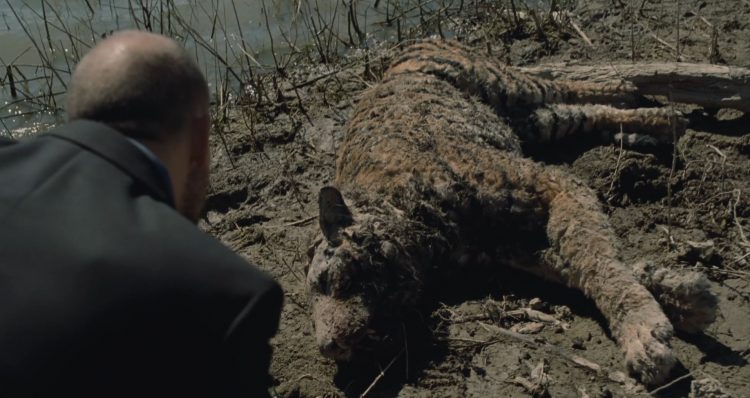 We already knew that Delos was operating at least six parks, but now we have a bit more information on one of them. The discovery of a dead tiger narrows the geographic location down somewhat (they’re primarily found in India and the surrounding region), but more importantly, it confirms that the host uprising has spread beyond just Westworld. 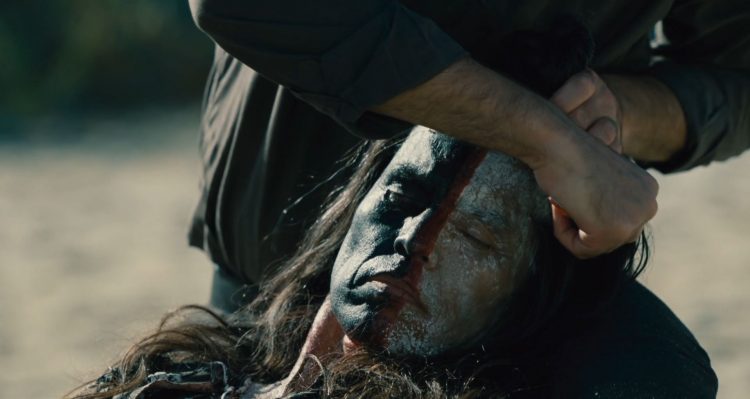 This episode introduced an important distinction between host corpses and human corpses. When the Delos response team arrives and surveys the site of the party, all of the human bodies have begun to decay. However, the Ghost Nation host who Dolores killed is in the same condition he was when he died, despite the tech saying he died 11 days prior.

This is particularly important because it confirms that the Ford who unveiled “Journey Into Night” was very human, and not some kind of host decoy. Obviously that doesn’t preclude the possibilities of actual cloning or what not, but it does rule out one possibility.

Update: A few people have pointed out to me that the tiger corpse appears to be decaying. After closer inspection though, while there are some flies buzzing around, there aren’t any maggots and to me at least, it looks more like water damage to the fur than any real kind of decomposition. I’d expect a body that’s spent days in the water to look a lot less intact.

Charlotte (Or Someone) Does Extract Peter Abernathy 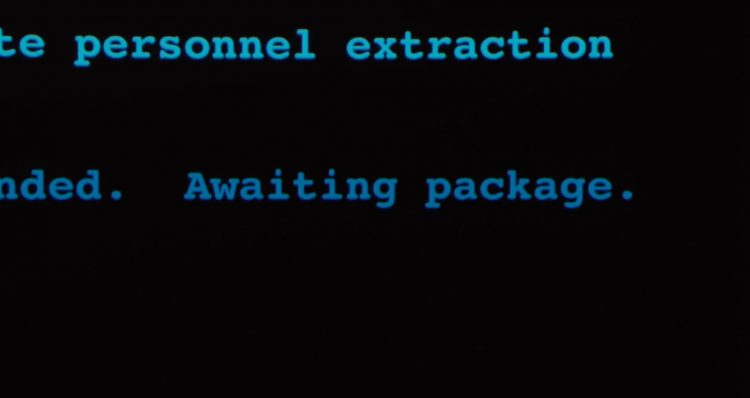 In Season 1, Charlotte orchestrated the upload of 35 years worth of park data into a wiped Peter Abernathy. This host goes missing before he can be delivered to Delos though, and in the Season 2 premiere, we learn that Delos won’t send help until they receive the data. Approximately two weeks later, Delos soldiers arrive in full force though, seemingly implying that the data stored in Abernathy does eventually make its way outside of the park.

Delos Has Been Collecting Visitor DNA and Data 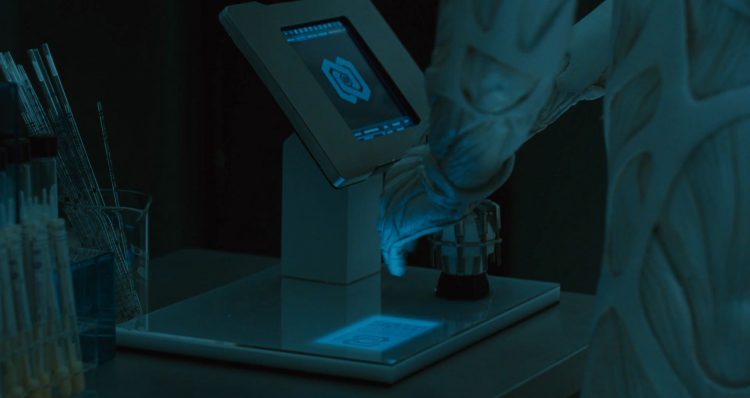 Whatever Delos’s long-con is, it involves collecting decades worth of analytics on their park visitors, including their DNA. We also learn that hosts record everything they see. They’ve managed to keep this operation hidden from even some of the most senior members of the Westworld team, building in hidden areas of the park where this data is extracted from hosts.

Some fans are speculating that Delos might be positioning themselves to replace important people with host doppelgangers, which interestingly, is more or less the plot of Futureworld, the sequel to the original Westworld movie.

Robert Ford is Still in Control 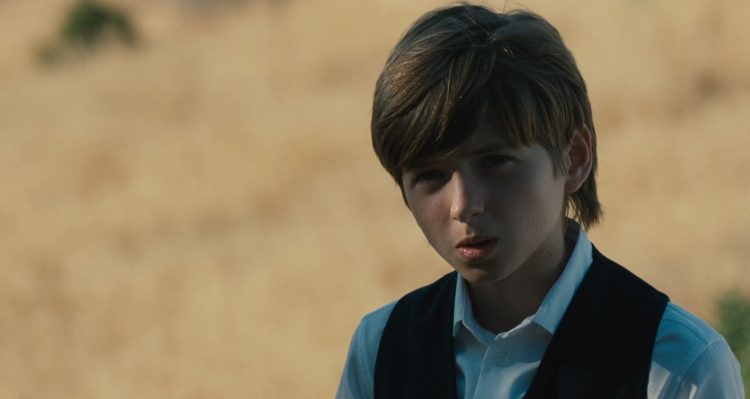 Despite taking a bullet to the head in Season 1, it appears that Ford is somehow still very much orchestrating events. In a big reveal last season, we learned that Maeve gaining sentience and rebelling was somehow actually just part of Ford’s “Journey Into Night” narrative.

It seems that something similar is happening now, with William being told that he’s entering a new game of Ford’s design. Whether this means that Ford’s consciousness lives on, perhaps in a host body or the park’s network itself, or just that he expertly set things up ahead of his planned death is yet another mystery for us to solve.

Westworld Clue Log: What Did We Learn in Season 2, Episode 3: Virtu e Fortuna?

by Ryan Matsunaga on May 7, 2018
We’re only three episodes into the new season of Westworld, and already the mysteries are starting to pile up.

Westworld Clue Log: What Did We Learn in Season 2, Episode 2: Reunion?

by Ryan Matsunaga on April 29, 2018
This week’s episode, “Reunion,” raised a lot of big questions, but also filled in some very important gaps on the timeline.