You may have heard of it in passing, or maybe heard someone make an ironic reference to it, but odds are you haven’t seen every episode of the Legend of Zelda animated series like I have.

Let me tell you some things about the 1989 cartoon gem that is The Legend of Zelda, and learn the meaning of the phrase “Excuuuuuse me Princess!”

1. Link has a catch phrase, and he says it a lot

And by a lot, I mean a lot. During the show’s 13 episode run, he says it 29 times. If each episode is around 15 minutes long like I mentioned earlier he says it once every six and a half minutes or so. That’s a lot of “Excuuuuuuuuse me, Princess!”

My personal favorite utterance of the plucky hero’s catch phrase is when he is falling off a bridge into a waterfall. What a classic episode. You can check it out in the video below at around 1:18.

2. Link has a fairy sidekick

Listen! That single word inspires indescribable pain in my eardrums. While Ocarina of Time‘s Navi may be the most annoying fairy in a video game, she wasn’t his first fairy sidekick by a longshot.

In the animated series a fairy named Spryte follows Zelda and Link arround, offering helpful advice and throwing in her two cents whenever she gets a chance. She isn’t quite as annoying as Navi, but she’s up there.

3. It aired during the Super Mario Bros. Super Show

Turns out that Zelda was actually a feature from the Friday edition of The Super Mario Bros. Super Show from the same era. While the Zelda animation may be pretty awful, it pales in comparison to the sheer horror that the Mario Bros. show inspired in the hearts of men. I recommend you watch the Zelda show for its comedic value, but don’t watch the terrible Mario Bros. show unless you want to be horrified.

4. It explains how Link carries around all those items

You know how Link always manages to carry bombs, a hookshot, a bow, three armor sets, a shield, a sword, arrows, iron boots, a mirror, a magic rod, an ice rod, and all those rupees around? He always just seems to magically pull all those things out of thin air, and they never really explain how he does it in the games.

The show does a pretty good job of explaining this. They show items magically growing and shrinking when placed into pouches and pockets a la Mary Poppins. Oh it’s a lovely holiday with Zelda! Zelda makes the sun shine bright! Alright I’m done, no more musical references.

5. Link only wants one thing

Remember at the end of Zelda II when Link gets a kiss from Princess Zelda? Well the showrunners took that idea and ran with it because in every single episode Link says something along the lines of “Hey Princess, how about a kiss?” This is usually followed by Princess Zelda saying something like “Ugh. No.”

Link responds the only way he knows how. “Well excuuuuuuuuuuse me Princess!” The few times they are about to kiss, something bad happens that interrupts the tender, well-written moment. Oh the humanity! Will I ever get to find out if Zelda and Link get together?

6. There are only two triforce pieces referenced

My theory is that the writers assumed there would be a second season ordered hot off the press, so they were going to save that for the next season. Can you imagine those deep cuts? The second season probably would have had so much character development.

7. Zelda was a fighter 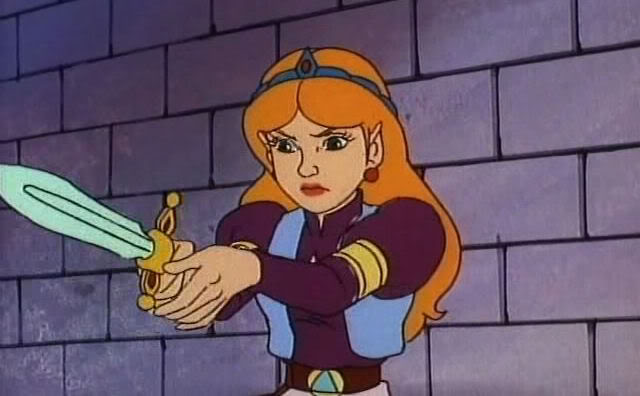 While her superhero alternate identity Sheik is combat centric, Princess Zelda generally doesn’t waltz into the heat of battle with the mighty hero of time; however, in the show she tends to kick some major moblin ass. Her weapon of choice? A magic freakin’ bow of course. Does she use normal arrows? Hell no, what do you think she is, a casual? Zelda wields magic arrows that appear out of nowhere to wreck foes while Link mashes their faces in with a sword.

Oh by the way, if you haven’t played Ocarina of Time, Sheik is Zelda in disguise. Spoilers. Wait, I think I did that in the wrong order.

8. No monsters were harmed in the making of this show 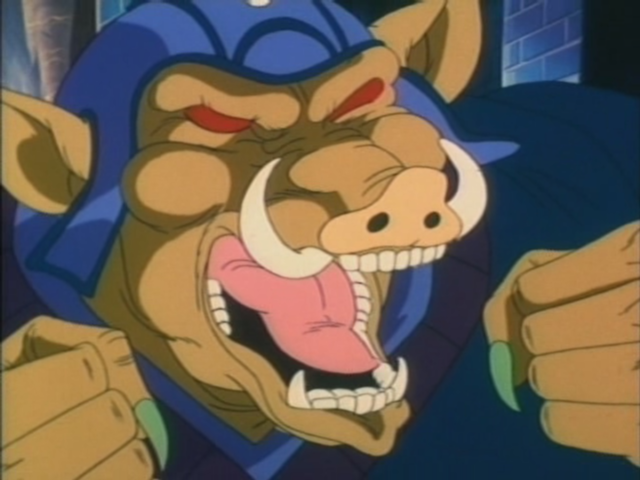 In a video game it’s pretty easy to hide the intensity of the violence that’s taking place. In a cartoon, it can be more difficult. In order to make this show more kid friendly they decided to have all monsters come from this evil glass jar in miniature form so that when they’re killed they simply return to the glass jar as miniature versions of themselves like a genie in a lamp. Confused? Yeah I was too when I watched the show.

How does this work? Are these Aladdin rules or are these I Dream of Genie rules? A little clarification on how this magical jar of kid-friendly violence works would have been nice considering enemies just randomly appear in jars throughout the show.

9. It’s one of the few times Link talks

If you’re familiar with the lineage of Zelda then you know as well as I do how much Link likes to talk. He’s the most talkative guy in Hyrule (besides Navi, am I right fellas?) and his lines are so well written! Who could forget such classics as “HUT HUT HYAAAAH,” and “YAAAAAAAAH?”

But really though, Link doesn’t really talk. The only times he does talk are in this cartoon, the Capain N cartoon, and those crappy Phillips CD-i games (shudder). This cartoon is one of the only times we get to see into the mind of Link. Turns out he’s kind of a prick.

10. It’s actually not that bad

Regardless of the beating this show gets from critics, I don’t think it’s really all that bad. Sure it’s got bad writing and an overreliance on “Excuuuuuse me, Princess!” but it isn’t any worse than any other cartoon from the 80s/90s. Ok maybe it is worse than other cartoons, but if you’re a kid it isn’t absolutely awful.

Ok, so it’s pretty bad, but I had a good time watching it so I could write this article so sue me.

That pretty much sums up all I can teach you about the Zelda cartoon. All that’s left is for you to take the plunge and watch it. It will only take you around 3 hours to watch the whole series so it isn’t asking for a lot of your time, just a lot of your patience.

The Annotated Adventure Time: Artistry and Identity in “Sad Face”