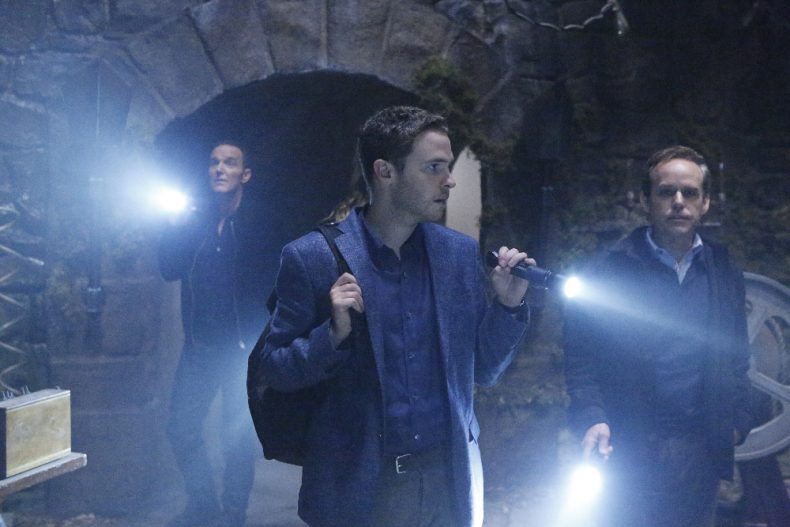 On this week’s Agents of SHIELD, the team takes a trip through history on the hunt for Simmons.

First, a quick recap, then we’ll dial in on some of the big reveals this week.

“Purpose in the Machine” picks up right where the season premiere left off, with Fitz hulking out on the Kree Stone. His efforts weren’t in vain though, because he somehow managed to get small traces of sand on his hands… sand from a planet that’s billions of years older than Earth.

For Coulson, that’s enough evidence that Simmons could still be alive, and the team sets off in search of a little help. Heading to Europe, they track down the Asgardian Elliott Randolph from Season One, still living in a self-imposed exile (retirement?) on Earth, and laying low in a posh little prison.

After a bit of arm twisting, Coulson manages to recruit him to help with their Kree Stone investigation, and man does that pay off. Randolph helps lead them to a castle in Gloucestershire, England, where members of a secret society were experimenting on the Stone in the 1800s. 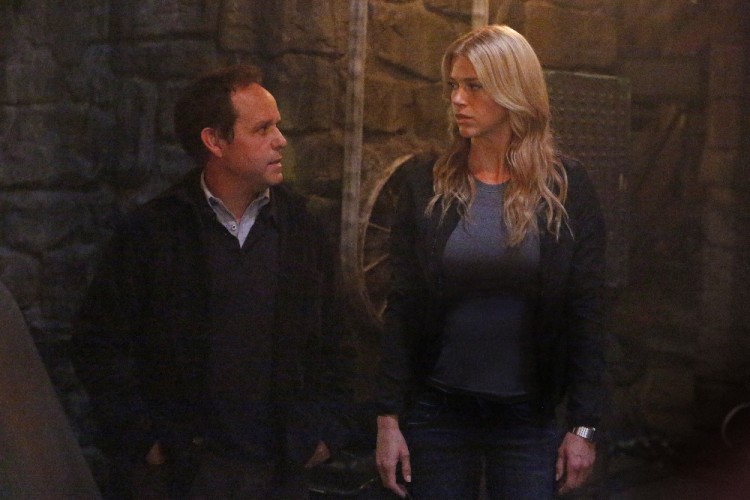 Those experiments were apparently pretty eventful, because they managed to actually create a machine that could open the Kree Stone’s portal at will.

The centuries-old tech doesn’t last long before it breaks down, but it does give Daisy what she needs to know to do it herself. It turns out the machine is using subsonic frequencies to trigger the portal. Daisy can replicate the effect, but only for a few minutes. 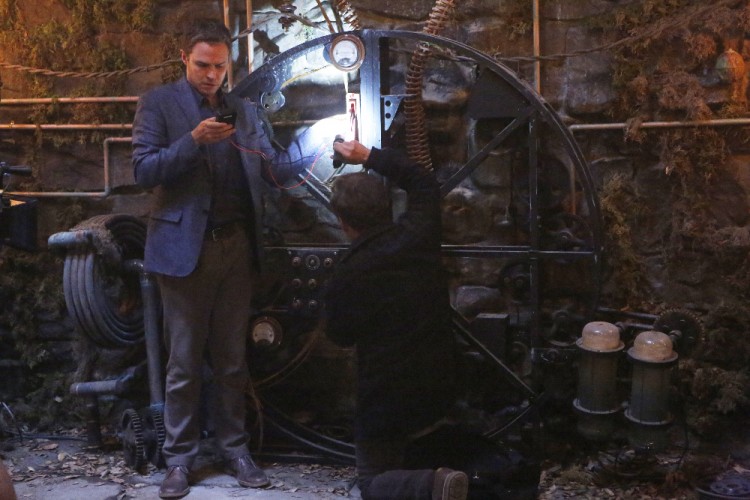 Luckily, this is just long enough for Fitz to mount an unplanned rescue attempt, dragging Simmons back through at the very last moment.

Her experience on the other side has clearly affected her mental state, and I’m sure we’ll be dealing with those ramifications in later episodes. But hey, she’s back and still alive! That’s something to be thankful for.

Meanwhile, Grant Ward is hard at work rebuilding HYDRA, and the organization is taking on some very cult-y vibes. This seems pretty fitting given the HYDRA we saw during WWII had a similar atmosphere, before it morphed into an almost corporate environment in the modern era. In a way, Ward is taking HYDRA back to its Red Skull roots, and that’s a pretty scary thing.

Ward’s latest move is to “recruit” a wealthy young trust fund baby… one who happens to have some very big links to HYDRA itself. More on that in a bit though.

Coulson, correctly guessing that Ward is likely picking up HYDRA’s pieces, has dispatched Hunter to bring him down through any means necessary. To do so, Hunter has decided to infiltrate HYDRA in order to find out Ward’s whereabouts, in what might be the dumbest plan I’ve ever heard. His plan gets slightly less dumb though when he manages to bring Melinda May on board. That’s good news, because he’s going to need all the help he can get.

So obviously the big link to the Cinematic Universe this week is Werner von Strucker, the son of Baron Wolfgang von Strucker. If you don’t recognize the name, Von Strucker was the HYDRA head who stole Loki’s Scepter, and used it to superpower the Maximoff twins. He was eventually defeated by the Avengers, before being killed by Ultron while in custody.

His son apparently inherited his wealth though, and by the looks of it, all of those resources are now being funneled right back into Ward’s new HYDRA.

Coulson, Daisy, Bobbi, Mack, and Fitz are all currently working out of SHIELD HQ, still focused on assembling a team of super-powered SHIELD agents (the “Secret Warriors”). That isn’t going particularly smoothly though, considering their only potential recruit was just deemed unfit for duty by Dr. Garner. I don’t think we’ll be seeing too much of Joey for a while. 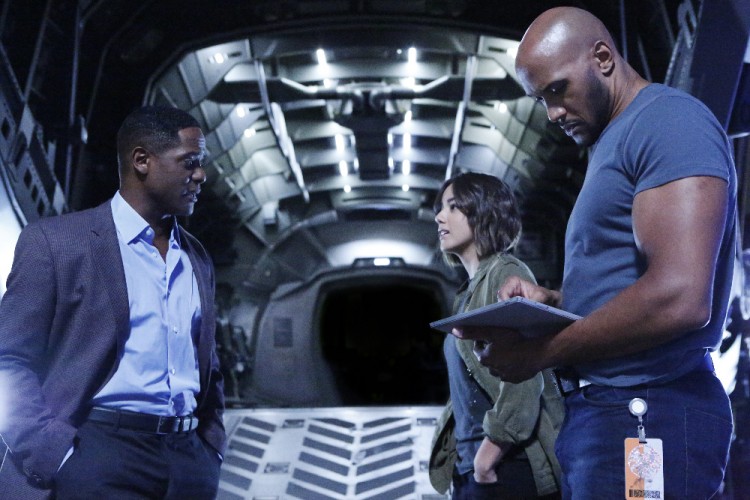 Hunter and May meanwhile are working the Ward assignment, and are preparing to infiltrate HYDRA.

Lastly, Simmons is back, and resting up at HQ. We’ll see how well she manages to integrate back into the team, given SHIELD’s new goal of actively recruiting Inhumans.

What the heck was up with those guys in 1800s England? It seemed like a lot of set up for just the idea that someone managed to build a Kree Stone machine.

Secret societies are a pretty big thing in the MCU (Ten Rings, HYDRA, Inhumans, the mysterious clans in Daredevil), so I wouldn’t be surprised if all of this 19th century England business comes back around later on in the season. Also, that bunker under the Louvre that Bobbi mentioned better pay off eventually!

And on that note, Professor Randolph reacted very strangely to the mention of “Inhumans,” stating that he hasn’t heard that name in a long time. I’m guessing we’ll be seeing more hints to the Inhumans’ cosmic origins in the upcoming episodes, maybe even going as far as bringing the Kree back in?

Next week, the ATCU is back and hunting Luke Mitchell. Shenanigans, I assume, will ensue.

by Ryan Matsunaga on September 24, 2015
The next season of Agents of SHIELD is less than a week away now, but if you just can’t wait, you can check out the first four minutes of the premiere here.

Watch Merida from Brave Join Once Upon a Time