Where And When Can You See The Star Wars Rebels Season 2 Preview At New York Comic Con? 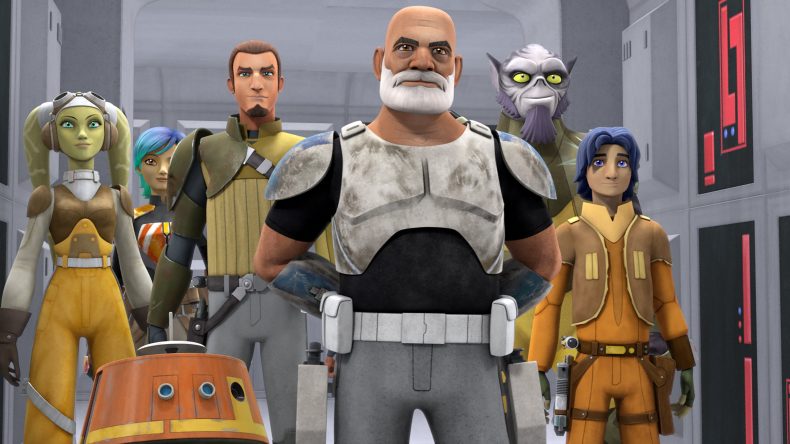 The “Siege of Lothal” was a great season 2 debut for Star Wars Rebels. It made Vader scary again, upped the stakes for our heroes, and connected them to the greater Star Wars universe. The rest of the season has promised to make even more changes such as adding Clone Wars’ Captain Rex to the cast, letting Ahsoka let loose with her lightsabers, and most importantly changing Sabine’s hair color.

The good news is you don’t have to wait too long to get another glimpse of our heroes in action. It seems that on Thursday, October 8th, New York Comic Con will have a Star Wars Rebels panel with an exclusive sneak peak of the season.

How do you know this?

“Fans attending New York Comic Con on Thursday, October 8th will receive an exclusive sneak peek of what’s to come in the second season of Star Wars Rebels with a panel featuring special guests plus a preview screening of two new episodes from the series.

As the second season of Star Wars Rebels opens, the crew of the Ghost is now considered a very real threat to the Empire and has caught the attention of Darth Vader himself. Undeterred, the rebels seek out old friends and add powerful allies to their cause, forming the beginnings of a more formidable alliance against the Empire. To stop them, Vader will dispatch new agents to hunt down their growing coalition, determined to snuff them out before they can ignite a galaxy to rebellion.

The Star Wars Rebels panel will take place on the Empire Stage from 1:30-2:30 p.m. and will be followed by an exclusive screening of two new episodes later on the same stage, from 5:30-6:30 p.m. These all-new episodes will feature the series debut of Captain Rex, Captain Gregor and Commander Wolffe – three clones from the previous Star Wars animated series, Star Wars: The Clone Wars. They join another fan favorite from The Clone Wars – Ahsoka Tano – who made her Star Wars Rebels debut in the final episode of season 1.”

I don’t want to read all that, what’s the most important information?

Where it is: Empire Stage

Wait, what two episodes are they screening?

Presumably, the first two episodes that take place just after the season 2 premiere, “The Siege of Lothal.” They will include the first appearance of the clones Captain Rex, Captain Gregor, and Commander Wolffe on the show. Fans of Clone Wars will remember the names fondly.

But I want to see them now!

You can, on this season 2 trailer:

Aaron Edwards is a Los Angeles based screenwriter and filmmaker. On one faithful night when he was five, he sneaked out of his room and watched Aliens on cable. Soon after, he fell in love with storytelling and has been a big ol' nerd ever since. You can follow him on twitter @aaronmedward
You might also like
Star WarsStar Wars RebelsStar WarsTVTV News