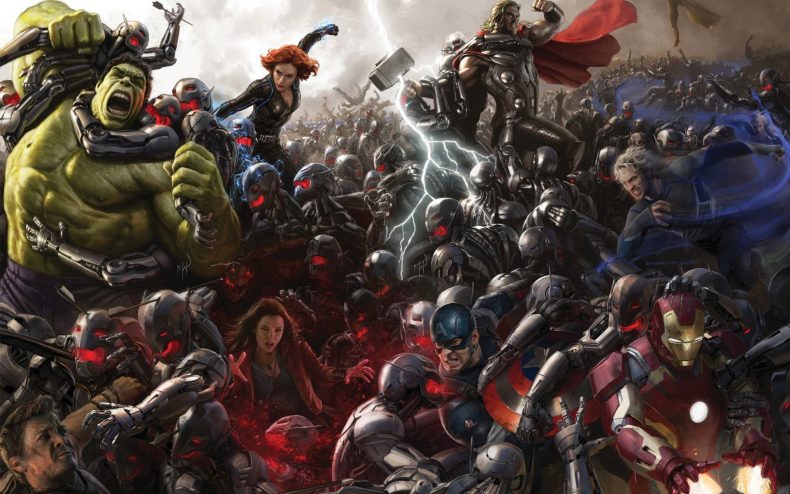 As the sequel to the third most successful movie of all time, a lot of people are wondering if The Avengers: Age of Ultron can join the exclusive $2 billion dollars club. Honestly, I don’t think it will but there is good reason for that speculation.

The Avengers: Age of Ultron is relatively guaranteed to be one of, if not the most, successful movie of 2015 but can it match the staggering $1.5 billion earned by its predecessor? Regardless The Avengers: Age of Ultron is more than likely going to be the first film of the year to reach the $1 billion mark. Considering the amount of anticipation for some of 2015’s biggest films, it is also impossible to believe that it will be the last at this point.

However, the difference between any other title (besides Star Wars and The Hunger Games: Mockingjay Part II) is that Avengers: Age of Ultron stands to make a very generous portion of its money from the domestic market. Of course, this might seem like a usual consequence for anyone who follows box office receipts, but I’d argue that it’s actually a very rare pleasure that Marvel has earned over the course of the last seven years with it’s innovative world building.

In order to understand the indelible mark that the international market has had on the evolution of Hollywood franchises, one need only look to 2014’s top grossing movies – a majority of which being established or hopeful franchise material. Of the top grossing 12 films in 2014, an average of 38.1% of their combined $8 billion+ gross came from North America. If these numbers were to suggest that the average worldwide gross of the top 12 movies of 2014 was approximately $680 million, than the average domestic gross for each film would be nearly $260 million. This leaves more than $420 million unaccounted for in a large majority of box office speculation – which is an staggering amount of money to not mention in any conversation. Nevertheless, while it might be difficult for fans of box office receipts to record and follow international numbers, this helps illustrate why international numbers are becoming more and more important to Hollywood studios as domestic viewership continues to trend downward in the coming years.

Why does the performance of Marvel movies in the international markets have to do with the Avengers success on the home front? If we were to look closely at some of Marvel’s movies over the last few years, we would see a very interesting trend….

Since the release of The Avengers in 2012, Marvel has enjoyed a near identical domestic gross percentage as the 12 movies above with 37.24% of the combined $4.863 billion. That means that the 5 Marvel/Disney films released since 2012 have averaged $362 million domestically – over $100 million more than the average of last years domestic take. Of course, taking into account that last years box office performance was off from pervious years, these numbers are still up from the $310 million domestic average from the 12 highest grossing films of 2013 – the highest domestic grossing year in the history for Hollywood cinema.

All this to say that, Marvel has a very nice stranglehold on both domestic and international box office when it comes to their yearly blockbusters.

For my long-term predictions of Avengers: Age of Ultron

No, I don’t believe that The Avengers: Age of Ultron will make $2 billion in the worldwide box office. I don’t even believe that the film will make as much money as its real predecessor (not including anything after Marvel’s: The Avengers from 2012). Honestly, I believe that the $2 billion club is one of those things that we aren’t about to see a surge of in the near future. However, that might have been true back in 2007 when $1 billion movies were a statistical rarity. Now, when only one movie reaches that mark in a single year, it basically means that the box office is in an utter state of despair… mainly because it’s actually true.

Community
About the Author
Mark Newton