Gaming
1
previous article
How Will Blade Runner 2 Connect To The Original?
next article
Construction on Star Wars Land at Disneyland and Disney World Will Begin 2016

Get your c-bills ready.

The Battletech/Mechwarrior license has been a favorite of PC gamers for years. From Mechwarrior 2 on, we’ve had many games that really capitalized on the brand and delivered some great  mech busting action. However, the last decade or so has been a little dry for fans of the series. Mechwarrior Online is a very fun game, but it’s widely considered to have fallen short of its potential.

Well, indie developer Harebrained Schemes is looking to take the Battletech series in an exciting new direction, much the same way they revived Shadowrun. They’ve been teasing a start date for the project’s Kickstarter, but now it’s been officially announced.

When will the Kickstarter begin?

What will the Kickstarter entail?

We don’t know the exact reward system, but some details about the game and its setting within lore have already leaked out.

What do these details say?

Well, let’s get the basics out of the way. 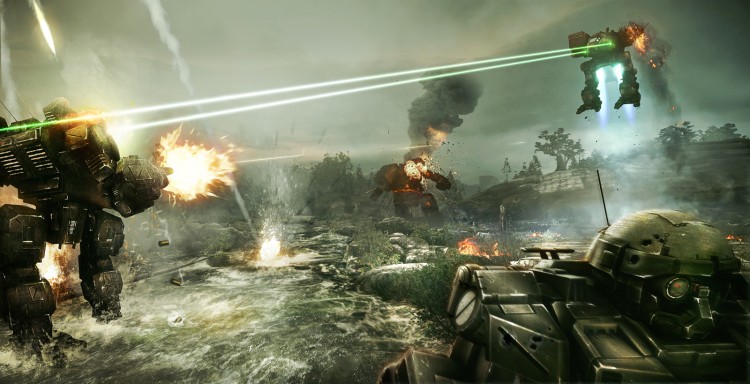 Can I trust Harebrained Schemes to deliver a good game?

While Shadowrun Returns was merely good, their follow ups Shadowrun: Dragonfall and Shadowrun: Hong Kong delivered on their promises and then some. All three games have enjoyed a positive reaction from both players and critics alike, which means they have earned themselves a very respectable track record the last few years.

Also, it’s worth noting that Jordan Weisman, who created the Battletech universe and table top game, is leading the project. If that doesn’t ensure an authentic Battletech experience we don’t know what will.

When will the actual game come out?

Well, that’s the one piece of disappointing news we have. The developers aren’t merely rehashing their engine from the Shadowrun games. They’re building an all new 3D engine to support an entirely new experience, not to mention the Mechwarrior Online art assets. As a result, it’s going to take more time to create than if they were just plugging new art assets and writing into an already existing engine.

As such… the projected release is early 2017. But, hey, good things come to those who wait. And as we noted, this developers last few games have been very, very good things.

So, eleven days to go guys.

Aaron Edwards is a Los Angeles based screenwriter and filmmaker. On one faithful night when he was five, he sneaked out of his room and watched Aliens on cable. Soon after, he fell in love with storytelling and has been a big ol' nerd ever since. You can follow him on twitter @aaronmedward
You might also like
BattletechMechwarriorMechwarrior OnlineGamingGaming News

Everything You Need To Know About Harebrained Schemes’ BattleTech Kickstarter [Updated]

by Aaron Edwards on October 16, 2015
If you love Shadowrun and the Mechwarrior: Mercenaries games, you may be interested in this one.

How Will Harebrained Schemes’ New Battletech Game Use Tabletop Lore?