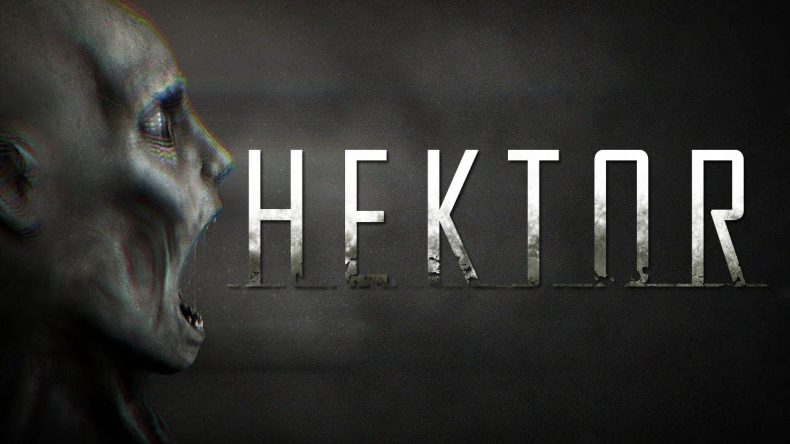 Gamers steel yourselves! A new game has just hit the Steam marketplace and is sure to absolutely scare the socks off of you. Publisher Meridian4 and developer Rubycone have announced the release of Hektor, a thrilling psychological horror game where nothing stays the same for long.

In Hektor, players assume the role of a test subject at HEKTOR, a defunct secret research facility buried deep under northern Greenland. Lost in the dark and armed only with a lighter and a flashlight, players must overcome years of torture-induced psychosis to escape the facility.

It is! Procedurally generated corridors change in real time and literally change with each twist and turn. A path you may have just taken will suddenly look completely different, leading players to second guess their choices as they unearth horrifying mysteries and working against their own insanity.

“The reason good survival horror games are so scary, is because they make you feel like you’re there,” said Felix Nordanåker, CEO of Rubycone. “We wanted Hektor to push this ‘immersion’ further by making players not only feel like they’re there, but there as our main character–experiencing his psychosis first hand. This is why we developed JIGSAW, a system for generating levels in real time. The effect is disorienting and unsettling: both characteristic of a broken mind.”

That sounds awesome! Where can I get it?

by Aaron Edwards on November 25, 2015
With all the new games hitting the market, it’s hard to keep up with some of the great experiences falling between the cracks. Whether they be older games that haven’t quite achieved classic status or for some reason or an overlooked [...]

Now Is a Great Time to Revisit the Original Deus Ex

by Jeff Williams on October 15, 2015
If you’ve never had a chance to play through the original Deus Ex, or just want an excuse to get augmented again, a fan-made (but officially endorsed) mod is probably your best opportunity yet.

Here Are The Best Deals In The Steam Stealth Sale