Movies
6
previous article
Star Wars: Could Knights Of The Old Republic II - The Sith Lords Be Coming To iPad?
next article
Boba Fett is The Man With No Name In This Star Wars Fan Film

So, what’s the deal with lightsabers in the current continuity?

Known throughout the galaxy as the weapon of choice among Jedi and Sith, lightsabers use special crystals to focus energy into the form of a plasma blade that can cut through virtually any material. In addition to requiring a great deal of training and skill to use  effectively, lightsabers also require a great deal of care when being constructed.

Lightsabers can be used to block blaster bolts, absorb Force lightning, and block the blades of other lightsabers. Though most Jedi and Sith in the galaxy choose to wield a single bladed lightsaber, Darth Maul was known for his doube-bladed lightsaber. Some lightsaber wielders have been known to employ fighting techniques that multiple lightsabers such as Assaj Ventress and Ahsoka Tano, though the current record holder goes to a non-Jedi: General Grievous.

After the rise of the Empire and Jedi purge, lightsabers were rarely seen as they would draw attention from Inquisitors or parties looking to collect on Jedi bounties. However, lightsabers still existed albeit in secret.

About thirty years after the destruction of the second Death Star and the death of Emperor Palpatine, lightsabers are still scarce. However, some of the weapons have endured and at least one member of The First Order, Kylo Ren, uses a lightsaber with a special cross guard. 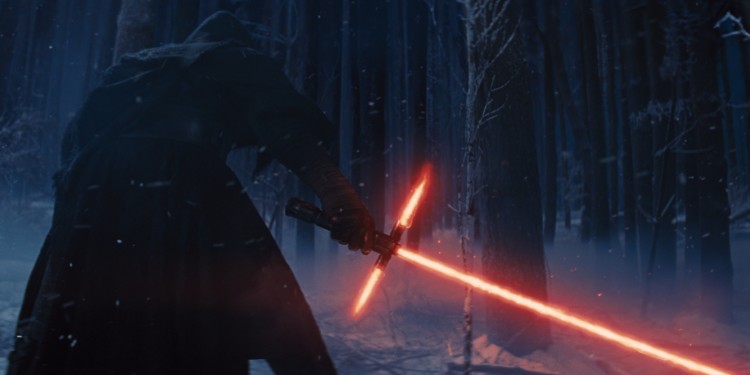 What about lightsabers in the Expanded Universe?

The origins of the lightsaber stretch back eons to the Rakata, who channeled the Force through laboratory-grown crystals to produce blades of energies. Much later, a weapons master belonging to the precursor of the Jedi Order, the Je’daii Order, built the first functional weapon that resembled a very rough form of a modern lightsaber. 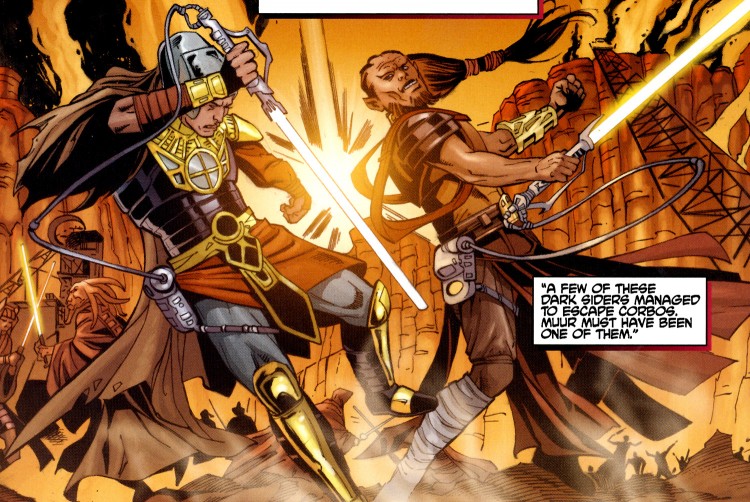 For hundreds of years, technology was refined on lightsabers but they still proved to be very clumsy, needing to be attached via wire to a powercell on the user’s belt. It was ultimately the Sith that created the first lightsabers with the power cell place inside the hilt and eventually the first double bladed lightsabers. Eventually, the Sith started producing their own synthetic lightsaber crystals and thus their tradition of brandishing red blades was born.

Eventually, the Jedi adopted many of the lightsaber refinements researched by the Sith and began using double bladed sabers themselves. For the next few thousand years, lightsaber construction in Jedi and Sith was largely unchanged. As a matter of tradition, the Jedi began procuring their saber crystals from caves on planets such as Ilum in rites of passage.

With the outbreak of the Clone Wars, lightsaber construction became focused on making simple and functional designs that could withstand the rigors of the battlefield. After the rise of the Empire, lightsabers were outlawed and many widely known areas filled with saber crystals were razed. The trade of such crystals was also outlawed.

During the reign of the Empire, Jedi had difficulty constructing their own lightsabers and could not brandish them for fear of drawing the attention of Imperial forces. Many force sensitive agents of the Empire such as Darth Vader and Mara Jade, however, were allowed to use lightsabers during this period. 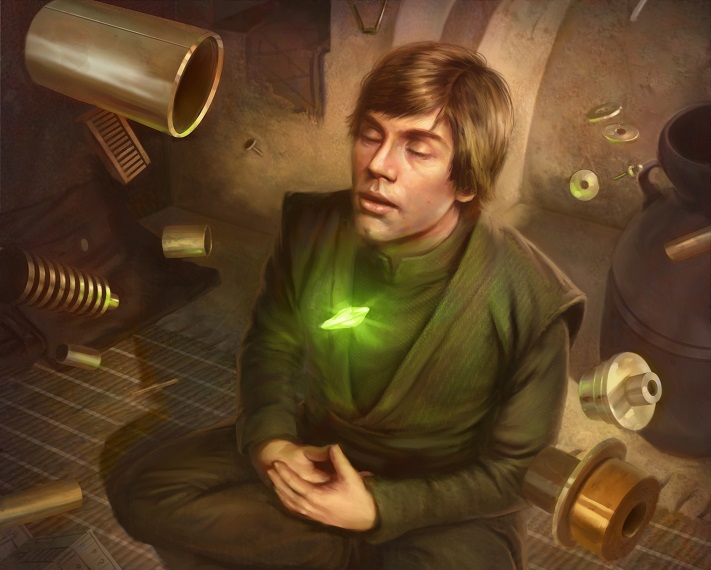 After losing his father’s lightsaber on Bespin, Luke Skywalker used Obi-Wan Kenobi’s journals on Tatooine to construct a new lightsaber with a synthetic crystal. In the decades that followed, lightsaber construction remained mostly the same, save for some hilts being constructed from Yuuzhan Vong Yorik coral.

What does the Expanded Universe tell us about lightsabers in the new continuity?

It really depends how far back the new continuity is willing to go. With some small differences such as how the Jedi procure lightsaber crystals in the twilight of the Republic, the film era is mostly the same when it comes to lightsabers. The Old Republic era explored in the comics, novels, and games really gets into the genesis of lightsabers through a fairly logical progression. However, if the new canon doesn’t want to explore the origins of the Jedi and the Republic, the expanded universe stories are all we may ever have on the subject of early lightsaber construction.

Still, starting with The Force Awakens Lucasfilm has proven they’re not afraid of experimenting with lightsaber design with Kylo Ren’s weapon. Maybe this means we’ll finally get a live action yellow or orange saber? Many are still lamenting those color’s absence from the Prequels, so it would be great to see eventually.

While we’re waiting for more post-Return of the Jedi information, check out our previous entry of Canon Catch-Up about Bespin.

Movies, Features, Columns
A New HopeAttack of the ClonesReturn of the JediRevenge of the SithStar WarsStar Wars: The Force AwakensThe Empire Strikes BackThe Phantom Menace
Star Wars, Star Wars: The Force Awakens, The Phantom Menace, Attack of the Clones, Revenge of the Sith, A New Hope, The Empire Strikes Back, Return of the Jedi
About the Author
Aaron Edwards

Aaron Edwards is a Los Angeles based screenwriter and filmmaker. On one faithful night when he was five, he sneaked out of his room and watched Aliens on cable. Soon after, he fell in love with storytelling and has been a big ol' nerd ever since. You can follow him on twitter @aaronmedward
You might also like
A New HopeAttack of the ClonesReturn of the JediMoviesFeatures