Star Wars Fan Theory – Is BB-8 The Key To The Force Awakens’ Story? 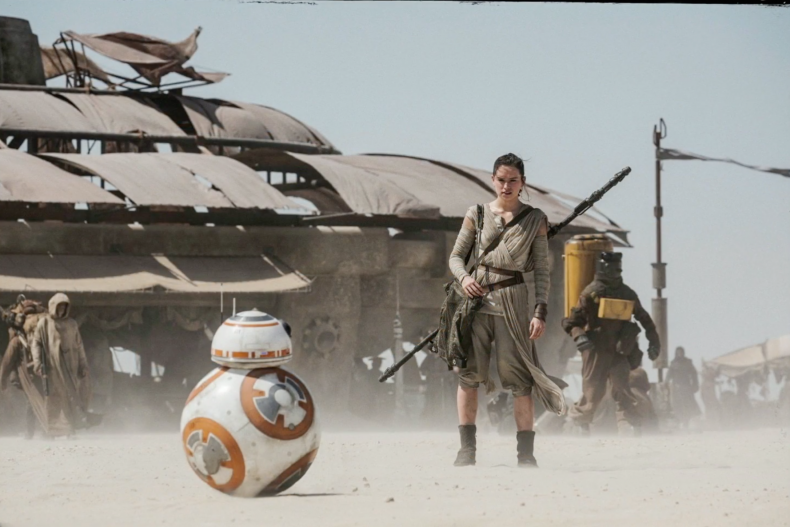 Is he the droid everyone is looking for?

As we watched the new Star Wars LEGO commercial today, our brains were turning with possibilities. In case you haven’t seen it, the newest Star Wars LEGO commercial involves the First Order (led by Kylo Ren) chasing down BB-8 on Jakku. Poe Dameron (well, an X-Wing pilot we’re assuming is Poe) gets in his X-Wing, rescues his droid, and flies away as the bad guys pursue him.

Now, call us crazy, but the more we thought about it the more certain things started to make sense.

Well, we know that BB-8 is Poe Dameron’s droid. The pilot in question has been given a mission by Leia Organa, though we don’t know what it is. We also know due to the Comic Con footage that Poe Dameron is captured by the First Order:

We also know that Rey finds BB-8 on Jakku: 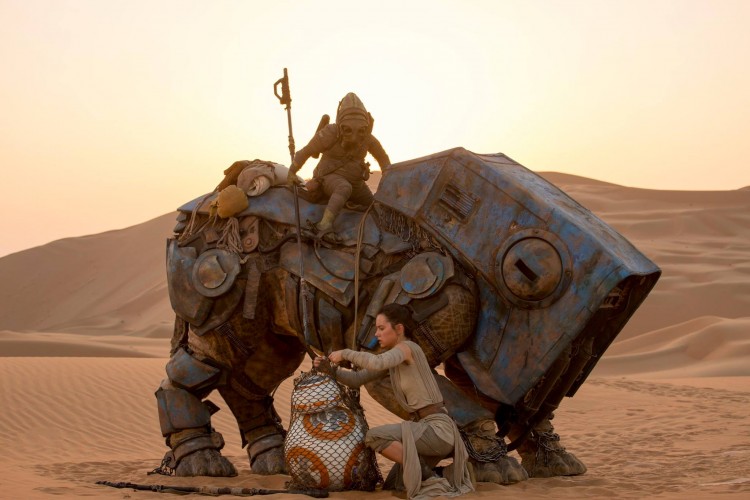 So how did BB-8 get there? Well, we have a theory on that.

At the start of the story, we know that the First Order burns a village. We’ve also seen this shot of Poe scrambling around his fighter:

Is the First Order looking for him?

We think so, but whether they are or not, they obviously find him and capture him. So, he probably ditches his droid that most likely has some vital information on it. BB-8 scurries off, gets captured by a junk dealer, then taken in by Rey. In fact, that’s probably the reason why Rey and Finn get together: Finn recognizes Poe’s droid and tries to get him back.

Knowing Rey, she probably doesn’t want to part with her salvage. Of course, her tune probably changes when the First Order shows up and starts blasting at them:

So, what’s on the droid that’s so important?

Our guess? The location of Starkiller base. The First Order seems like they’ve been eluding the Resistance for some time in a possible guerilla war, but General Leia probably thinks that the snake will die if they cut off the head. A strike that takes out Supreme Leader Snoke and/or General Hux would have a devastating blow against First Order forces.

Obviously, the First Order doesn’t want it getting out where they hang their hats, so they’re after this droid and everyone who’s had contact with it.

Doesn’t it? It’s essentially a reverse plot of A New Hope… only the bad guys are trying to protect their location instead of trying to find the Rebels. Our guess the Resistance manages to get BB-8 back, which means we’ll be getting a show down at Starkiller base in the third act of the film.

Of course… it’s all just a theory.

Aaron Edwards is a Los Angeles based screenwriter and filmmaker. On one faithful night when he was five, he sneaked out of his room and watched Aliens on cable. Soon after, he fell in love with storytelling and has been a big ol' nerd ever since. You can follow him on twitter @aaronmedward
You might also like
Star WarsStar Wars: The Force AwakensStar WarsMoviesMovie Rumors