Star Wars: Here’s What The Force Awakens Tell Us About Episode VIII

Tons happened in The Force Awakens with much more promised to come in Episode VIII… but what could it be?

A big strength and weakness of The Force Awakens was that it had to set up plot threads for Episode VIII and IX, but what exactly were those plots? Well, we asked those questions as well and scoured the film to find potential plots that could be used in the next two films of the sequel trilogy.

*SPOILERS FOR THE FORCE AWAKENS BELOW*

The New Republic Is Crippled

When Starkiller base destroyed the Hosnian system, the New Republic Senate and a good chunk of their fleet was obliterated. That means the New Republic’s military is severely weakened and the First Order is most likely ready to press that advantage. Expect Episode VIII to open with a possible invasion of New Republic space that their crippled military won’t be able to repel. The Resistance, with their meager resources, will be the only think between the New Republic and certain annihilation.

How Luke Skywalker got his groove back

Luke Skywalker didn’t look too happy to see Rey at the end of The Force Awakens. Sure, she reaches out to him with his old lightsaber, but did he accept it? We’re willing to bet it’ll take some convincing to get Luke to come out of exile to clean up the mess that started with Kylo Ren going bad. He’ll probably be scared Rey will turn to the dark side as well, unwilling to train her at first. Either by the end of the film he’ll agree to train her between Episodes VIII and IX, or he’ll agree by the end of act one which means…

At the end of the film, Supreme Leader Snoke tells General Hux to bring Kylo Ren to him for more training. On the other side of the coin, Rey will be working to convince Luke to train her despite his despair over losing his Jedi students to Kylo Ren.

We hypothesize that act two of the film could include dueling training sequences. One will be of the light side with Rey, while the other will show Kylo Ren learning more of the dark side under Supreme Leader Snoke. This, of course, will build up to a confrontation between the parties at the end of the film or even in Episode IX.

While we’ve heard of the Knights of Ren, we only saw one of them in The Force Awakens. Presumably, there’s a whole bunch more out there wrecking havoc in the name of the First Order. Are they other apprentices of Snoke? Students of Luke’s who turned with Kylo Ren? We don’t know, but we hope to meet more of them… if only to have some fodder for Luke and Rey’s lightsabers throughout Episode VIII.

Hopefully, Benicio Del Toro‘s character in the film will be a high ranking Knight of Ren that’ll give our heroes some trouble.

Finn and Poe will be the new Han and Chewie 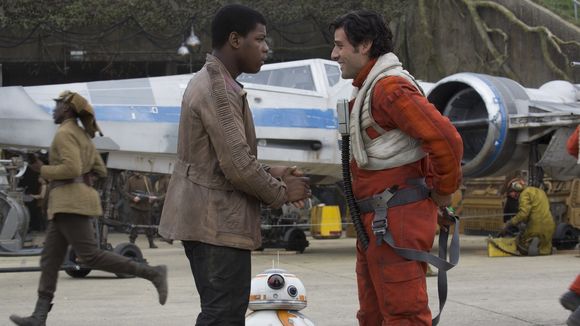 Finn and Poe had such great chemistry in The Force Awakens, the internet is already shipping them. While we don’t think we’ll get them in a relationship in the films, we definitely think they’re going to be our new odd couple bickering at each other as they’re being shot at stormtroopers.

As we said in a previous article, Captain Phasma kinda got shafted in The Force Awakens. But one plotline she did have was that she was pretty upset with Finn for having defected to the Resistance under her watch. We wouldn’t be surprised if she was on a personal mission to bring Finn in for treason. Could Finn be looking at a fate similar to Han’s in The Empire Strikes Back?

Will we find out how Maz got Anakin’s lightsaber? 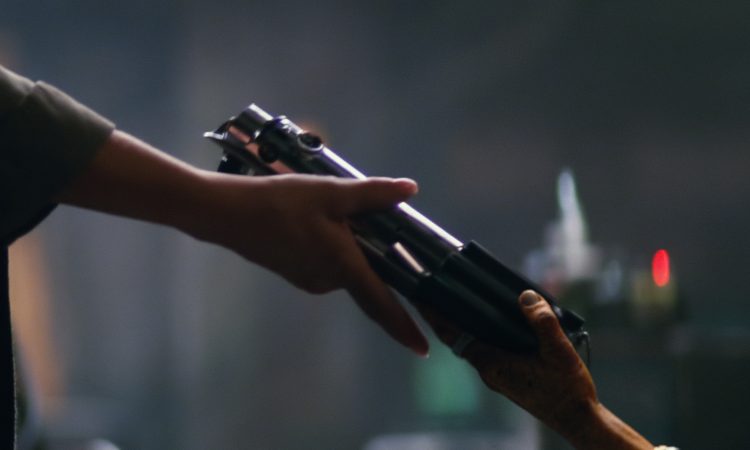 One of the biggest mysteries of the film is how Maz Kanata got Anakin/Luke’s lightsaber. It turns out the answer to that was in the film, but cut out. It seems over the last few decades the weapon changed hands after someone picked it up on Bespin until it fell into the lap of Maz. Unfortunately, all that was reduced to a hand wave line in the finished film that left a lot of viewers unsatisfied.

Which begs the question… will we get them in Episode VIII? If so, it could give a conspicuously coincidental event  new meaning.

Who are Rey’s parents?

Probably the biggest mystery of The Force Awakens surrounds Rey’s parentage. Is she Luke’s daughter? Obi-Wan Kenobi’s granddaughter? The reincarnation of Anakin Skywalker? Either way, it’s a big deal and will probably be the source of a huge upcoming reveal in Episode VIII. Whatever that reveal will be, we’re willing to bet Luke knows the answer behind it.

Aaron Edwards is a Los Angeles based screenwriter and filmmaker. On one faithful night when he was five, he sneaked out of his room and watched Aliens on cable. Soon after, he fell in love with storytelling and has been a big ol' nerd ever since. You can follow him on twitter @aaronmedward
You might also like
Star WarsStar Wars: The Force AwakensStar Wars: The Last JediStar WarsMovies