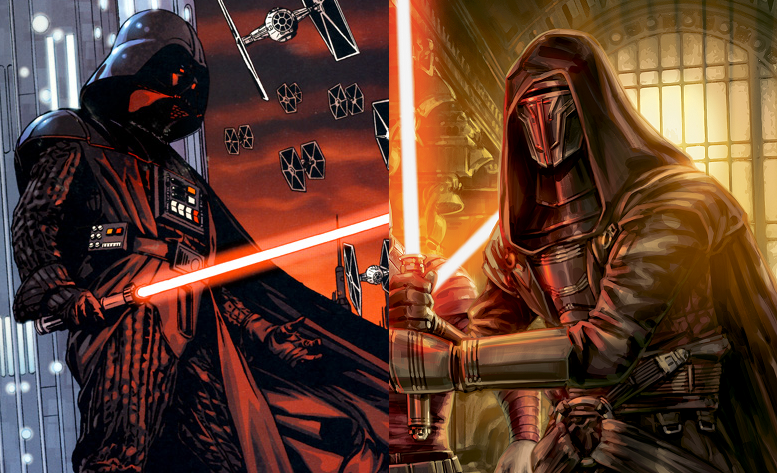 Who would win in a fight?

Alas, even in a continuity as vast as Star Wars there are quite a few constraints keeping us from living out our greatest fantasies. Without the benefit of time travel, for example, we would never be able to see a fight between two classic Dark Lords of the Sith: Darth Vader and Darth Revan. Separated by more than 4000 years of history, it’s almost impossible these two would ever meet in personal combat. Luckily, we’re here to do the next best thing in a new column designed to pit two characters against each other in a match up we’d never see otherwise and determine a winner.

So, without further ado we present: Darth Vader vs. Darth Revan.

What do we know about Darth Vader?

Once the former Jedi Knight Anakin Skywalker, Darth Vader allied with the Sith Lord Darth Sidious during the rise of his Empire. During and long after Order 66, Vader fought with Imperial forces to systematically destroy the Jedi Order. However, Vader was critically wounded in a lightsaber duel with Obi-Wan Kenobi which forced him to live out the remainder of his life in a cybernetic suit. 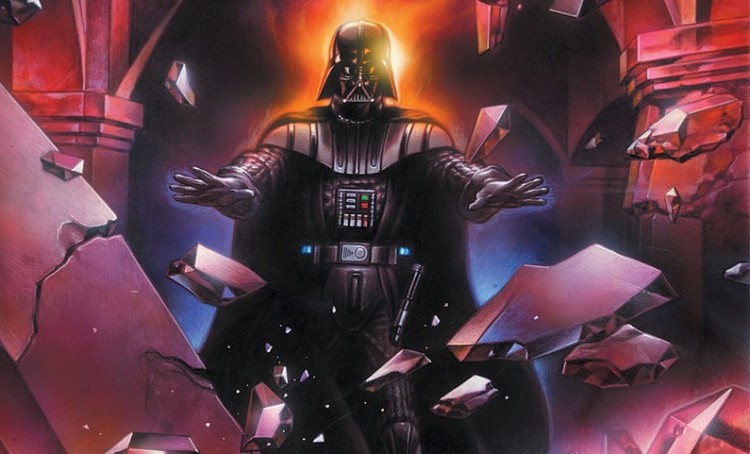 Despite the fact Vader was unable to use Force lightning due to his cybernetics, he was extremely capable at using his telekinetic abilities and a feared lightsaber duelist. In the years following the rise of the Empire, Vader hunted down dozens of Jedi who escaped Order 66. He was seen as the Empire’s ultimate weapon of fear until the completion of the Death Star. He was also an exceptionally skilled pilot, mechanic, and a competent tactician who often used the full power of the Imperial navy in his swift and devastating campaigns.

What do we know about Darth Revan?

Revan was a Jedi Knight 4000 years before the rise of the Empire. During the Mandalorian invasion of the Galactic Republic, Revan and his apprentice Malak led the Republic’s defenses while the Jedi Order as a whole did not engage the threat. Jedi rallied behind Revan in a schism that tore the Order down the middle. Still, Revan’s tactical prowess turned the Republic’s decimated forces into a military juggernaut that stopped the Mandalorians in a battle that left them battered and broken for thousands of years.

After their victory against the Mandalorians, Revan reorganized his forces into a Sith Empire and turned on the Republic. After deciphering ancient technology Revan discovered a factory called the Star Forge that he used to turn out war machines that assisted his campaigns. He devastated Republic forces, but was captured by the Jedi when Malak betrayed him during a battle and fired on his ship. The Jedi erased Revan’s mind and turned him against Malak. Revan eventually regained knowledge of his former self, defeated his old apprentice, and saved the Republic. 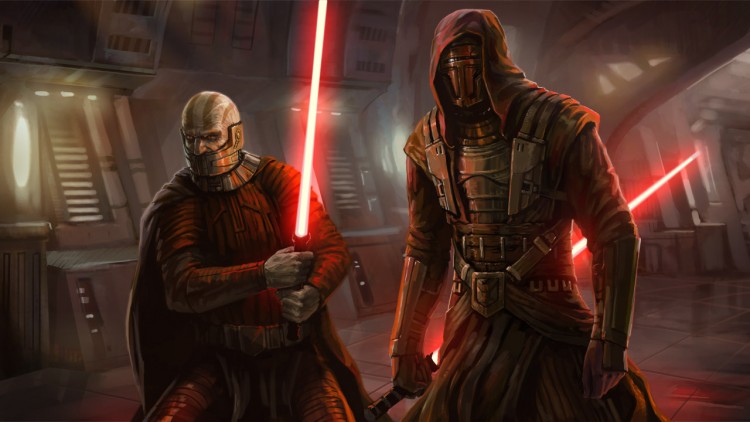 Though Revan was skilled in single combat, his defining characteristic was his intellect and tactical ability. He also possessed a strong sense of charisma that made him a natural leader to his devoted followers. He was also a calculating individual, able to draw on both the light and dark sides of the Force without giving in to Jedi or Sith philosophies. He was also adept at languages and programming.

So, who would win in a fight?

Well, in a grand military campaign we’d have to give this one to Revan. Assuming Vader had the full Imperial navy behind him, we still don’t think that would guarantee victory. Vader more often than not tends to strike with all his might in an attempt to demoralize and overwhelm his enemy, but Revan’s cold and calculating tactics would use that against him the same way they dismantled the Mandalorian offensive. Eventually, Vader would find himself outmaneuvered and on the defensive: something he isn’t used to. So, in a battle of tactics we’ll give this one to Revan.

A dogfight between the two would go a little differently. While Revan seems like a competent pilot, Vader’s greatest skill was is ability to fly and he’s demonstrated that time and time again against overwhelming odds. So, we’d give this arena easily to Vader. 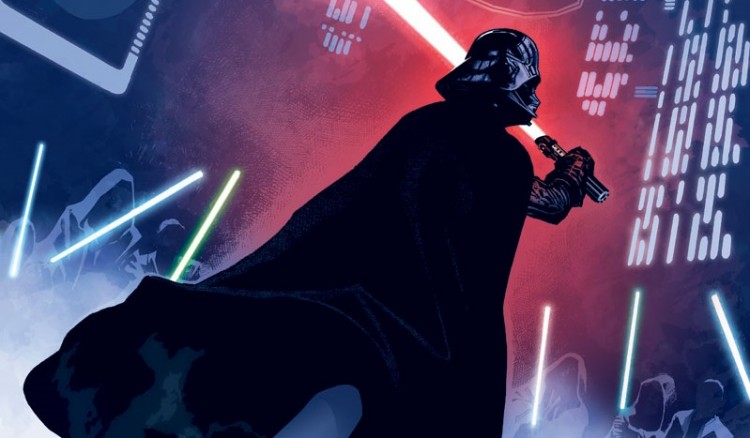 Now, the main event: the lightsaber duel. Vader has strong strikes thanks to his cybernetics, but his weakened flesh is also a major disadvantage. If Vader’s mechanical respiratory system were to be damaged, it would be a major problem for him. In addition, as we saw in Return of the Jedi Vader’s cybernetics make him highly susceptible to damage from Force lightning, which Revan is quite skilled in. Revan is also quicker than Vader, which could also give him an edge.

There’s no denying we shouldn’t rule out Vader’s brutality in combat as a possible strength… but the lighting is a very big weakness. Both are strong willed and Vader’s telekinesis isn’t to be underestimated… but in the end the winner is pretty clear to us: Darth Revan. 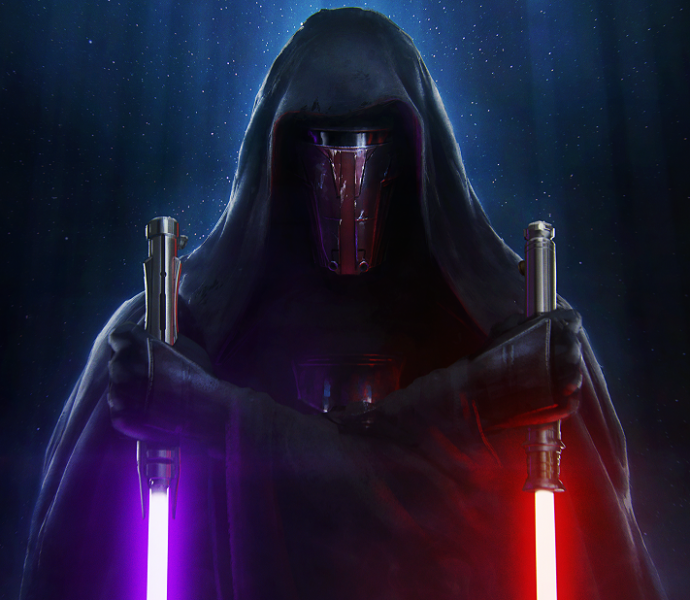 Agree? Disagree? Let us know in the comments!

Star Wars, Movies, Features, Columns
A New HopeReturn of the JediRevenge of the SithStar WarsStar Wars: Knights of the Old RepublicThe Empire Strikes Back
Star Wars, Revenge of the Sith, A New Hope, The Empire Strikes Back, Return of the Jedi, Star Wars: Knights of the Old Republic
About the Author
Aaron Edwards

Aaron Edwards is a Los Angeles based screenwriter and filmmaker. On one faithful night when he was five, he sneaked out of his room and watched Aliens on cable. Soon after, he fell in love with storytelling and has been a big ol' nerd ever since. You can follow him on twitter @aaronmedward
You might also like
A New HopeReturn of the JediRevenge of the SithStar WarsMovies