Star Wars: The Force Awakens – Why Is Kylo Ren Obsessed With Darth Vader?

Is that why he wears a mask?

In addition to a new piece about the creative process behind The Force Awakens, Entertainment Weekly has run another piece exclusively about Kylo Ren and his role in the film. We’re going to delve into the info present in the article and analyze it to figure out more regarding the character and the setting he inhabits.

Kylo Ren’s mask is a nod to Darth Vader’s

According to Abrams, “[Ren] is well aware of what’s come before, and that’s very much a part of the story of the film.”

There are a few possibilities here. We’re sure everyone is aware of Darth Vader and we’re sure many within the lineage of the Empire still worship him alongside the Emperor. Captain Phasma has been cited as another obsessed with Vader. So, it’s possible he’s just a guy who dreamed of adventure the same way Luke did on Tatooine… only instead of joining the Jedi he became a pseudo-Sith.

However, “aware of what’s come before” might mean something else… like he’s aware of his grandfather Anakin Skywalker. We have a theory that Ren and Rey are twins, with Ren having joined the First Order. However, it’s all just speculation at this point. If it is true, however, it could lead to some very interesting stuff.

Kylo Ren built his lightsaber himself 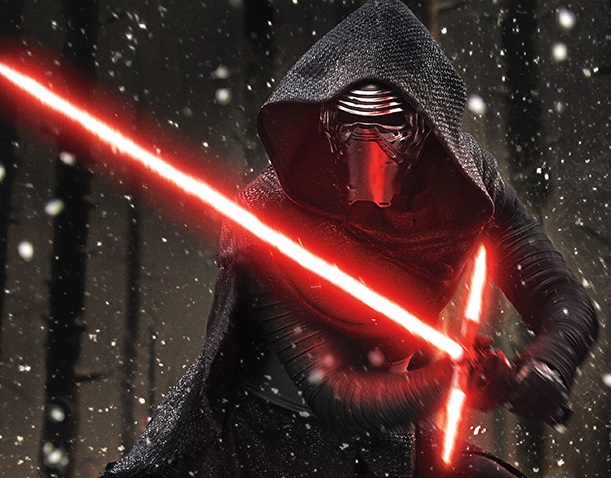 “The lightsaber is something that he built himself, and is as dangerous and as fierce and as ragged as the character,” Abrams says.

This one isn’t a surprise at all. Given that Ren seems to worship the dark side “and what’s come before,” it makes perfect sense for him to have created his own lightsaber. However, since the fall of the Jedi it’s a lot tougher to make a lightsaber. History has been repressed and data has been destroyed. The best Ren could do was figure it out himself… which it seems has mixed results. Notice the crackling, unstable energy and the jerry-rigged hilt that looks like it was slapped together from pieces of junk. 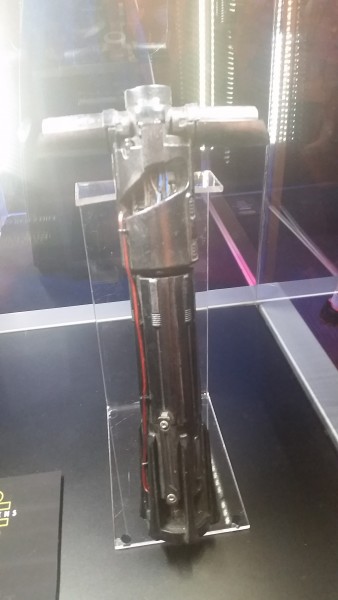 Kylo Ren sees himself as the hero of his story

This one makes perfect sense, as Darth Vader did as well. If Ren really did rise up to join the First Order, then we wouldn’t be surprised if (in another nod to being an evil version of Luke), he was doing it to save the galaxy.

It turns out “Ren” is a title like “Darth.” It’s given to those who join the “Knights of Ren.”

That means they’re covering up his real identity, which gives more credence to him being related to one of our main characters in what is sure to be revealed in the most dramatic way possible.

Kylo Ren is full of emotion

According to writer Lawrence Kasdan, “No matter how we express ourselves in the world, whether we hide it and act very calm or whether we’re very out there and demonstrative, everybody’s roiling with emotion. And you want your characters to be that way, too. Then they have to deal with their emotions as best they can, with what they are.”

Hungary for more Force Awakens speculation? Check out our new pieces about Luke Skywalker and the newest Entertainment Weekly photos.