Part One of the Avengers: Infinity War Prelude Comic is Out Today 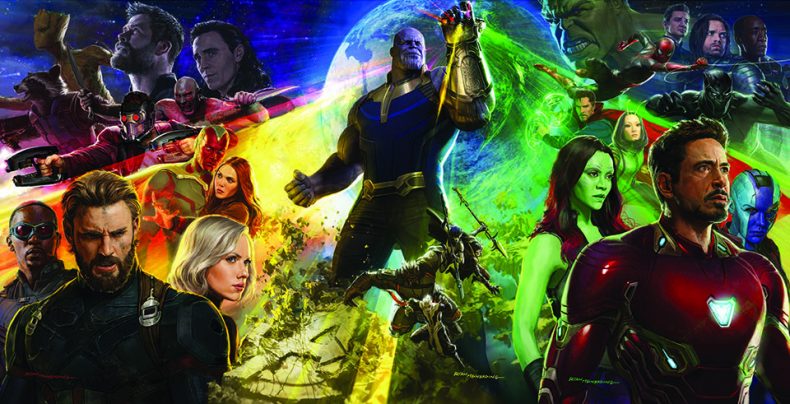 While the MCU comics are not quite as well-known (or as hard canon) as the rest of the universe, they still offer an interesting look at the larger setting, and help provide some much appreciated connectivity between the big stories, especially as the TV side of things continues to move further into its own separate thing.

Beginning with Iron Man 2 in 2012, the tie-in comics have been structured around providing a direct lead-in to the next movie, called a “Prelude.” The latest of these is for Avengers: Infinity War, which hits theaters in May. The first issue of the two-part comic is out today, with part two on February 28. The trade paperback will be available on April 3, almost exactly a month before the film arrives.

The issue opens with a recap of the final, climactic showdown between Tony Stark and Steve Rogers in Civil War, followed by a short addendum to that scene where T’Challa reconciles with Bucky and Cap as they leave the base, and offers his assistance in Wakanda.

Before they head there however, Cap heads to the Raft and breaks out Hawkeye, Ant-Man, Scarlet Witch, and the Falcon, as hinted at in the final sequence of the film. Hawkeye and Ant-Man each return to their families (which seems like a bad idea considering they’ve just broke out of a military black site), while Wanda reunites with Vision.

A few weeks later, Bucky and Cap have traveled to Wakanda, where T’Challa suggests a radical, new treatment that may remove Bucky’s Winter Soldier programming. The treatment is being developed by a team of scientists led by T’Challa’s sister, Shuri, who will feature prominently in Black Panther next month. As part of it, Bucky is put back into cryogenic sleep.

Cap departs Wakanda to return to international vigilantism, alongside the Falcon and Black Widow. The trio break up a insurgent plot involving Chitauri weapons in Syria, before planning their next move in Lebanon.

Tony Stark meanwhile is back at the Avengers Compound in New York, working on a new suit of armor. He recalls the “end game” speech he made in Avengers: Age of Ultron, noting that he must stay focused on preparing for the “end of all things.”

The second issue of Avengers: Infinity War Prelude will out on February 28, and will turn the focus to Doctor Strange and Wong, shortly after the events of their film.

You can purchase issue one on Kindle/Comixology here, and pre-order the TPB here.