Movies
0
previous article
Star Wars Canon Catch-Up: What Is Black Sun?
next article
Throwing Skittles at the Sphinx! - Go Your Own Way #34

Star Wars: Rogue One – Will Boba Fett and Cad Bane Show Up? 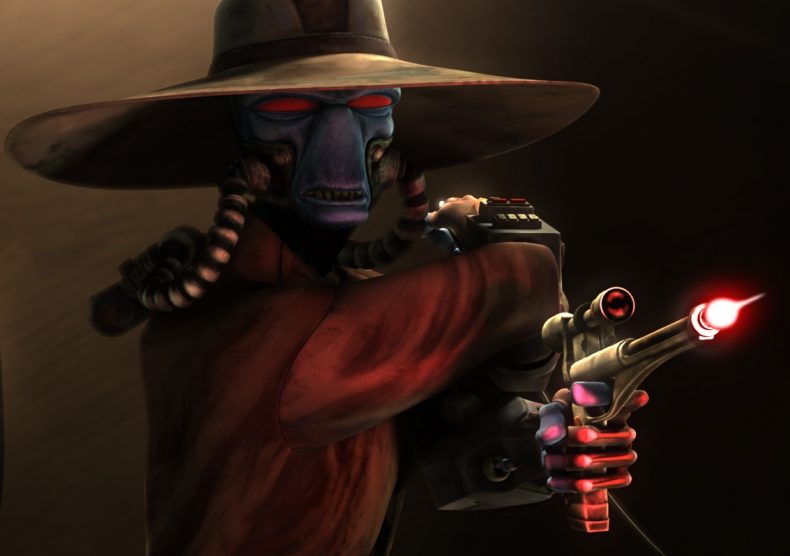 Will Rogue One be the live action debut of the Clone Wars fan favorite?

Rogue One has been an interesting subject, as unlike The Force Awakens it’s not necessarily tied to the same constraints as a numbered episode in the Star Wars canon. Instead of the traditionally shot adventure, Rogue One is going to be a dark and moody war film with the talent behind the camera to make it look that way.

So, when Bloody Disgusting breaks the rumor that the Imperials will hire the Empire Strikes Back stable of bounty hunters to go after our protagonists… it really doesn’t sound very outlandish.

According to the rumors, it seems the Rebel cell manages to steal the Death Star plans at some point in the film, so the Imperials hire bounty hunters to retrieve them. Vader is apparently also hunting the Rebels, but will be more of a supporting presence.

Which bounty hunters are we talking about here?

The classics: Boba Fett, Bossk, Dengar, Zuckuss, 4-LOM, and IG-88. Joining their ranks is also everyone’s favorite bounty hunter from the Clone Wars show: Cad Bane. If the rumor proves true, it’ll be great to see him on screen. Of the bounty hunters, it’s said that Fett will have the largest role… which is really no surprise.

Bloody Disgusting’s source is also reporting there may be a Wookie bounty hunter, which will excite fans of Knights of the Old Republic 2 who still remember Hanharr fondly.

What does this mean for the film overall?

It means, like The Empire Strikes Back before it, that Rogue One will be a chase film for at least some of the run time. Structurally, the Rebels will obtain the plans at the end of the first act or at the midpoint of the film. For the rest of the film, they’re going to have the best bounty hunters in the galaxy and a Dark Lord of the Sith chasing after them. As a result, there should be some pretty harrowing escape sequences where the Rebels will probably lose members of their cell one by one.

How will they fit Darth Vader in there?

The bounty hunters will most likely be the immediate threat at first, then the film will up the stakes by having Vader catch up with them in the third act. At that point, it’ll probably be a race against time for our heroes to get the plans into the hands of the Rebellion before they’re slaughtered.

This may be the film where Boba Fett becomes famous for disintegrating people. It also wouldn’t be surprising if the end of Rogue One led directly into the beginning of A New Hope, with Leia’s blockade runner fleeing Vader’s star destroyer.

Aaron Edwards is a Los Angeles based screenwriter and filmmaker. On one faithful night when he was five, he sneaked out of his room and watched Aliens on cable. Soon after, he fell in love with storytelling and has been a big ol' nerd ever since. You can follow him on twitter @aaronmedward
You might also like
Star WarsStar Wars Anthology FilmsStar Wars: Rogue OneMoviesMovie News