Movies
3
previous article
The Warcraft Movie Footage from Comic-Con Leaks (Some of It at Least)
next article
The Super Circuitcast! 07/15/15! Batman Arkham Knight on PC! 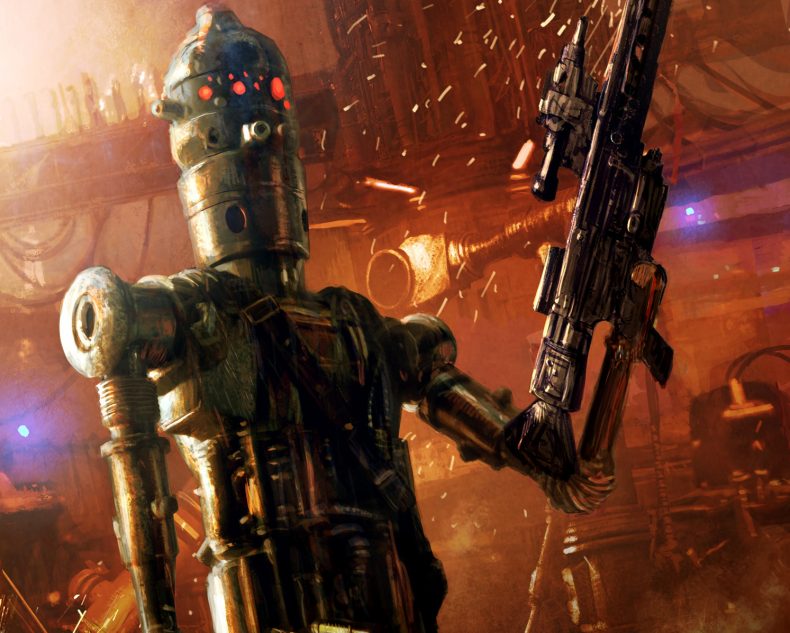 So, what’s the deal with IG-88 in the current continuity? 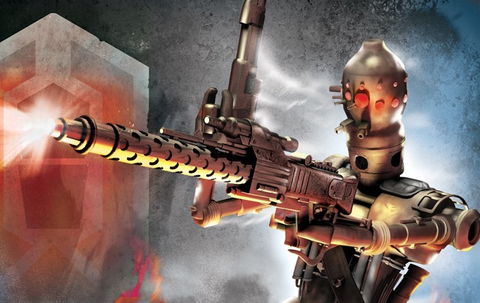 IG-88 is an IG-series assassin droid who has taken up bounty hunting. After the Battle of Hoth when Darth Vader was chasing the Millennium Falcon through the Anoat Sector, he summoned a group of bounty hunters to track the ship that included IG-88, Bossk, Zuckuss, Dengar, 4-LOM, and Boba Fett. Ultimately, it was Boba Fett who managed to track the ship to Cloud City on Bespin and assist with the crew’s capture.

What about the IG-88 in the Expanded Universe?

Created by Holowan Laboratories, IG-88 and several other of his kind gained sentience shortly after activation about five and a half years before the Battle of Yavin. The units escaped their factory, killing all who crossed their path.

Soon after escape, IG-88 became a bounty hunter and was known as the second best in the galaxy behind Boba Fett. His work led him on many adventures, which included assisting a droid revolution in Mechis III and meeting C-3PO and R2-D2 during an assassination job in the Kalarba system.

During the hunt for the Millennium Falcon after the Battle of Hoth, IG-88 was one of many bounty hunters called upon by Darth Vader. While hearing a briefing from Vader aboard his ship, the Executor, IG-88 broke into the ship’s data stores and found information regarding the development of the second Death Star. He transmitted the plans to his counterpart, IG-88A. 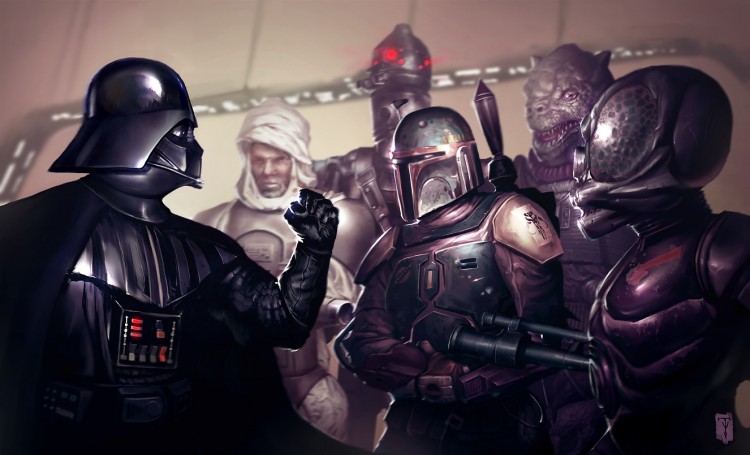 As the bounty hunters departed on their search, IG-88 placed a tracking device on Boba Fett’s ship, Slave I. IG-88 followed Fett to Bespin in an attempt to kill him, but Fett led him into a trap in the bowels of Cloud City. Boba Fett used a massive ion blast to disable the droid, then blew him apart with his own concussion grenades. Fett walked away, he turned to the nearby Ugnaught workers and said, “You’re welcome to what’s left.”

What does the Expanded Universe tell us about IG-88 in the new continuity?

IG-88 is something of an understated fan favorite. So much, they actually created two units of him to explain all his appearances and give the character more depth. He has an interesting design and a unique personality that would most likely go on to inspire such characters as HK-47.

Given the character’s fate in the expanded universe, it’s been theorized that during the scene when Chewbacca is looking for the disassembled C-3PO in Cloud City, he comes across IG-88’s carcass in the junk pile. Check out this frame and decide for yourself:

While he only has his one appearance in the new continuity with The Empire Strikes Back, the rumor is that he will appear along with his other iconic bounty hunters in Rogue One. Hopefully this time we’ll see more of IG-88 and his colleagues rather than just focusing on Boba Fett.

While we’re waiting for more post-Return of the Jedi information, check out our previous entry of Canon Catch-Up about Yoda.

Aaron Edwards is a Los Angeles based screenwriter and filmmaker. On one faithful night when he was five, he sneaked out of his room and watched Aliens on cable. Soon after, he fell in love with storytelling and has been a big ol' nerd ever since. You can follow him on twitter @aaronmedward
You might also like
Star WarsStar Wars: Rogue OneThe Empire Strikes BackMoviesFeatures