Star Wars
2
previous article
Star Wars Fan Theory - Is BB-8 The Key To The Force Awakens' Story?
next article
A Brief History Of The Interactive Gamebook

Star Wars: The Force Awakens – The Poe/Finn Connection Nobody Noticed

It was right in front of us the whole time.

We’ve known for a while that Finn crash lands in a TIE Fighter on the desert world of Jakku. This has led a lot of us to assume that he stole that TIE Fighter, based on the fact the very first shot of him in the teaser trailer has him scared and apparently running for his life.

Thanks to the Comic Con footage, we also know that Poe Dameron gets captured by the First Order, which may or may not lead them on a chase for his droid BB-8.

So, where’s the connection?

Take a look at the shot where we see Poe captured and being escorted by a stormtrooper:

Now take a look at this shot of post TIE Fighter crash Finn, still in his armor: 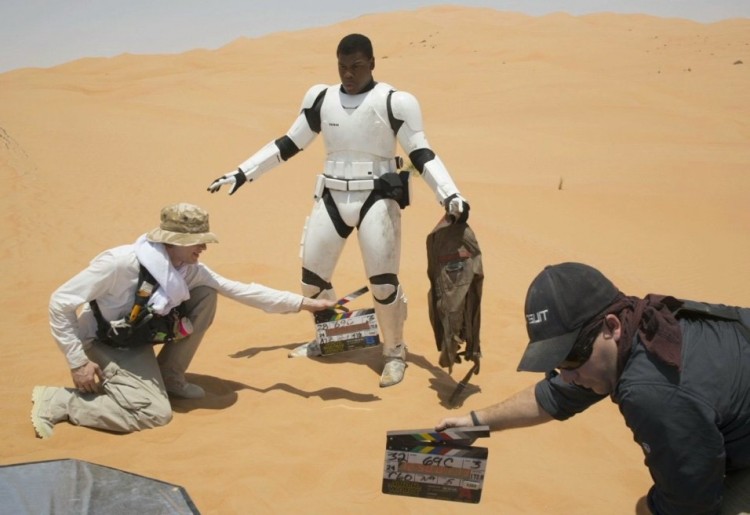 Not only that, it’s the jacket we see him wearing on Jakku. In fact, it’s the jacket that was on display at Star Wars Celebration Anaheim and the one John Boyega is wearing in his concept art for the character of Finn: 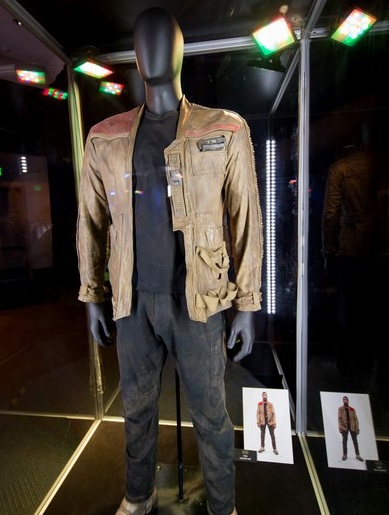 So… how did he get it from Poe?

Well, the only possible explanation we have is that they escaped from The First Order together and are forced to part ways. For whatever reason, Poe gives Finn his jacket.

Prove to me they escaped together.

Alright. We know for certain Finn steals a Tie Fighter, so it makes sense that he’s flying it in this shot, yes?

But that’s not the front of the Tie Fighter shooting. It’s the rear, which means someone needed to be manning a rear gunner position.

And that someone is Poe.

Alright, so why do they split up?

That one is a little harder to guess. Perhaps Poe needed to get to his X-Wing that is possibly still on Jakku, and needed Finn to go after BB-8 while he secured his ship. After all, we’ve mused that information BB-8 is carrying may be driving the story forward. 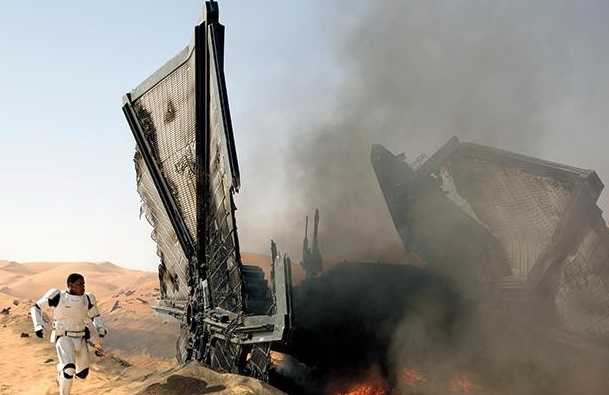 If that’s the case, why does he give Finn his jacket?

Well, Finn wouldn’t be able to get very far in stormtrooper armor. The First Order would spot him right away and any locals that saw him wouldn’t trust him at all. So, in order to go incognito Poe tells Finn to take off his armor and wear his jacket. After all, if you hadn’t noticed Finn is still wearing his black shirt, which may be what he was wearing under his stormtrooper armor in the first place.

Obviously we’re theorizing here, but the point is that it’s the same jacket… so they need to meet in order for one man to pass it on to another.

As for how Finn gets Luke Skywalker’s lightsaber… that’s a much bigger mystery.