Movies
0
previous article
The Inside Out Characters React to Avengers: Age of Ultron
next article
Will Avengers: Age Of Ultron Beat Furious 7 at the Box Office?

Star Wars Rebels Characters May Show Up In The Movies 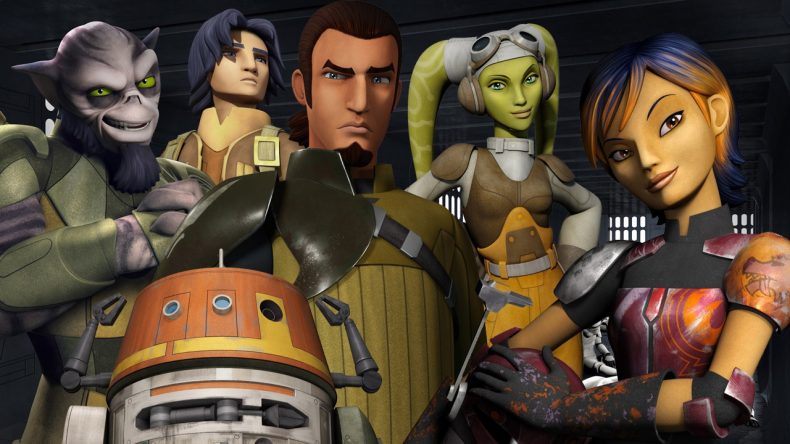 Star Wars Rebels has a diverse cast of characters that hold a lot of narrative potential. Because we don’t know their fates, we’re left with just as many questions for them as we had for Ahsoka during the run of Clone Wars. For example, if they’re so important where are they when the movies start? Rebels has begun to answer our questions about Ahsoka, but there are still many more about the rest of the cast.

Therefore, when rumors circulated that an older Sabine Wren would appear in Rogue One, it sounded perfectly plausible. After all, the movie seemed to take place in the same time period. As we learn more about Rogue One, we’ll hear if that rumor is true or not. But what about the rest of the cast? Well, Rebels producers Dave Filoni and Simon Kinberg weighed in with Slashfilm about the possibly of them making the jump to live action.

What did Kinberg have to say?

According to Kinberg: “Absolutely there’s been a conversation about it. That this story could be a story that crosses over into other films, whether it’s A New Hope or other movies. And that movies could potentially even enter into our timeline and our moment. It’s a big galaxy. So, you know, things are happening all over the place that don’t necessarily have to react to each other, the way we react to news around the world. We never meet the Chilean miners that are trapped in that mine. We know about it and the world reacts to it. So each of the different stories has the acknowledge the reality of what’s ever happening in that moment in time.”

“But sure, and I think one of the things that’s really fun about Rebels, and potentially some of the films, is there’s a sort of Rosencrantz and Guildenstern version of these stories. I mean, the stories that George told were stories about specific characters in a massive galaxy. And so there a lot of other characters’ stories that he hasn’t told.” 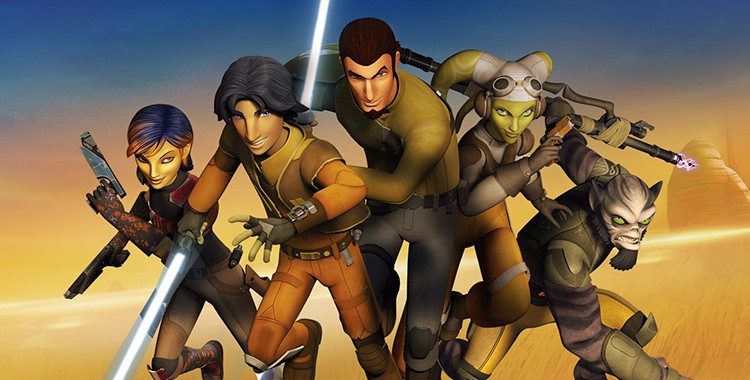 What did Dave Filoni have to say?

Mr. Filoni was a bit more conservative in his answer, but no less up for the idea, “I would never say never to that. I mean, now that Lucasfilm is so integrated in story from top to bottom in all different forms of media, we already have had our characters cross over into novels. We’re gonna have our crossover into comic books. I would say it’s entirely possible. And I would encourage it.”

“I’ve talked to the creators of the other films going on and, you know, I’ve always made it clear if you want somebody, just let me know. They can jump over there. I don’t care. I’m all for it. Because I think it makes the experience for fans that much stronger. And what a moment it would be to see some of these animated characters live on the screen. It would be great for me too.”

So what does this mean?

At the moment, nothing. It just tells us that future crossovers are not at all out of the question. It wouldn’t be surprising to see Sabine end up in Rogue One or Zeb join someone for an adventure down the timeline. In Star Wars, if a character isn’t confirmed as dead it’s a good bet they’ll show up again. The big question is Kanan, Ezra, and Ahsoka. In their time, the Empire is in its prime and hunting Jedi mercilessly. Given that the Jedi are (supposedly) extinct in five years time for A New Hope, it either means they are hidden or are living on borrowed time…

Aaron Edwards is a Los Angeles based screenwriter and filmmaker. On one faithful night when he was five, he sneaked out of his room and watched Aliens on cable. Soon after, he fell in love with storytelling and has been a big ol' nerd ever since. You can follow him on twitter @aaronmedward
You might also like
Star WarsStar Wars RebelsMoviesMovie NewsTV